The problem with the coverage of Angela Merkel’s ‘shaking episode’ 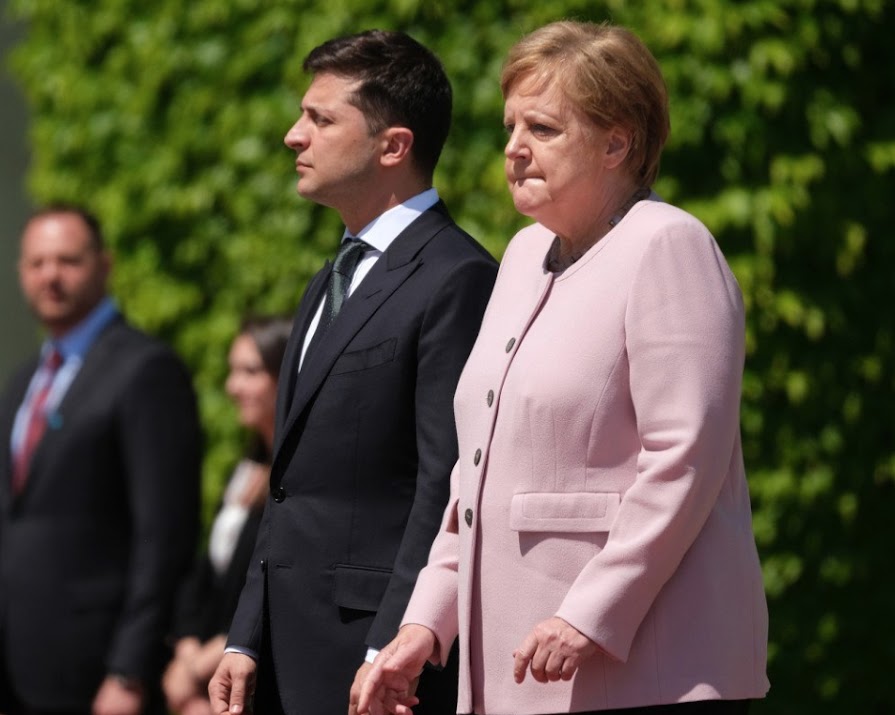 In many respects, this week’s recent media coverage of Angela Merkel has shown that still, it will be one rule for men and another for women when it comes to headlines, sexism and ageing. Why in 2019, is this still the case, wonders Jennifer McShane

In my career as a journalist, I frequently write about women. Glorious women. But when I saw the widespread coverage of Chancellor of Germany Angela Merkel and her ‘shaking’ (as a full-blown Twitter Moment, no less), I despaired. Numerous outlets painstakingly tried to get to the bottom of what caused such a “violent” episode.

She was standing next to Ukrainian President Volodymyr Zelensky in Berlin in the 28C heat on Tuesday when many pointed out she looked uncomfortable, visibly shaking. It was, as it turned out, simply down to dehydration. The concern was valid to a degree; it was unexpected, out of the ordinary.

However, it was how it was framed which made it problematic. Coverage from Sky News instantly alluded to her age as the primary issue:

“Mrs Merkel, who turns 65 next month, has since said she is doing well after drinking a few glasses of water, suggesting she was dehydrated.”

The Daily Express had a medical doctor “give his verdict” as to what might be the cause – rejecting (naturally) the idea that it simply could be down to dehydration.

“However, some people have not accepted this explanation and believe the shaking could be down to illness.”

What does it have to be an illness? Why is the implication that, as Merkel is over 60, such tremors must be due to a medical condition she has failed to disclose? Is the incident really, as some coverage has suggested “a big worry?” She has herself, dismissed any health concerns, yet even so, one report eagerly pointed out that “something similar happened in 2014.”

Or is it simply another excuse to point out that women will always be subjected to such critique once they are over 25?

This week, in polar opposite coverage, Prince Philip, was praised for being sprightly and energetic at the ripe old age of 94 as he attended events with the Queen. “What retirement?” cooed one UK newspaper.

In comparison, women are frequently made to feel as if their primary quest should be eternal youth. The Daily Mail‘s “sidebar of shame” regularly displays this toxic attitude – it holds up examples frequently alleging women’s failure to adhere to the “thou shalt not age” commandment. Or instead, features articles of women who are no older than 30.

To age is not a sin. There is pride and beauty to be taken in our transformation as we become wiser, more confident versions of ourselves.

So why can’t that be celebrated in the news headlines more?

Read more: When speaking about ageing, we should follow Julianne Moore’s lead