The New York Loft of our Dreams

The commanding double-height loft hall greets you when you step into the apartment, with the beautiful black grand piano taking pride of place. On the second level, there is a balustrade connecting all rooms.

Prepare to take in the?Manhattan majesty that is acclaimed artist Michele Oka Doner’s New York loft – an ode to nature in the achingly stylish SoHo…

Step inside Michele Oka Doner’s New York City loft, and you don’t know where to look first. A heavy-goods lift takes you from the bustling streets of the hip, exclusive SoHo district of Manhattan directly into the artist’s quiet, private domain. In this 500-square-metre space, she exhibits her works: wax sculptures as tall as a man, metre-high black-and-white drawings, and small objects cast from silver and bronze. They all mirror forms from nature: stones, branches, coral, mussels and the human body.

Michele calls the huge, light room with its large sash windows a ?cave? and adds, ?Just like a cave, you can also redesign and rearrange a loft as often as you want to, to suit your current aims and needs.? More than 35 years ago, SoHo was an industrial area. Back then, Doner lived in Detroit with her two children and her husband, Fred, who works in advertising. When she read an article in the New York Times about artists who were taking over entire floors of empty factories in the up-and-coming area and converting them into spaces in which to live and work, she immediately knew: ?I want to live like that, too.? 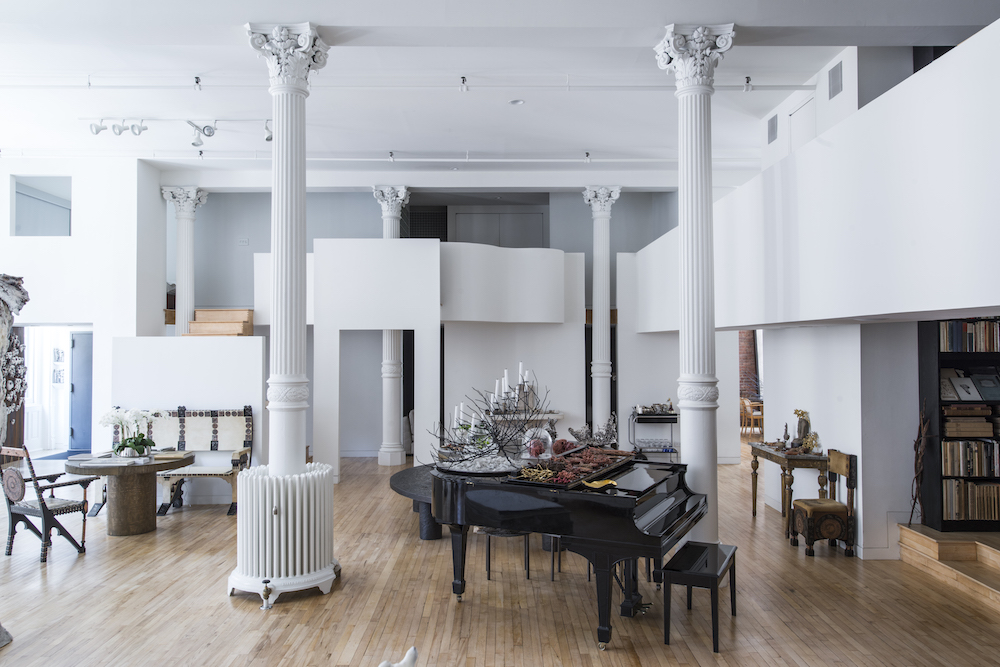 A short time after, the young family bought a floor of a former button factory and commissioned a New York architect to rebuild the place. He gave the loft, with its Art Nouveau pillars, a structure and created a ?piazza? in the middle. He also built an L-shaped mezzanine inside the almost 18-foot-high space, housing a bedroom and dressing room, as well as an office; below it is a small living room, a toilet and a workshop. The mezzanine level girdles an organically shaped hallway containing balustrades and small balconies from which one can look down onto the piazza and the kitchen and dining area. From up there, it’s not only possible to make out the shape of the piazza but also the shape of the mezzanine level, which is reminiscent of the individual houses of a village. The workshop she uses for creating her wax sculptures. Despite being literally full to the rafters, there’s not a speck of dust in sight. ?It’s very well organised,? admits the 70-year-old Doner, who is now firmly at home here. ?I can’t think of anywhere else in New York where I’d rather live than here,? she says, taking a satisfied look around her cosmos.