The Hollywood Reporter Will No Longer ?Rank? Women

In a telling decision that hopefully signifies a broader step towards more women standing united with one another, The Hollywood Reporter (THR) announced that after 23 years, the magazine will stop publishing their ‘Women in Entertainment Power 100’ list – an annual ranking of the most influential women in Hollywood.

The longstanding tradition won’t be running again, and for a pretty powerful reason: the group seeks to unite women, rather than position them against each other. The publication’s editor Janice Min said she no longer felt the lists served a positive purpose and in an open letter, expressed her frustrations at an industry that seems “persistently stuck.”

?I’ve had a nagging sense that this ranked list of 100 isn’t serving its intended goal. When The Hollywood Reporter?first launched its female power list, its male publisher, Robert Dowling, said, “‘This is not a reflection of one woman versus another.'”

Yet Min feels this isn’t the case in 2015. While a gathering of women who have actually managed to gain roles of influence in the industry is well intended, she points out that the lists could be viewed as an attempt to pit equally talented, successful women against each other, rather than unite them for their accomplishments.

?Today, in legend and reality, women fight for position on these lists in ways that don’t always make them, or us, comfortable. THR’s Power 100 list, by its nature, pits the town’s most impressive females against one another. I’ve come to believe that something as simple as our ranked women’s lists contributes to keeping that sense alive, that we accidentally created a beauty pageant of brains where only one woman gets crowned. Some women have publicly cried upon seeing their rankings. That is funny to some people. But it’s depressing as hell to me,? she continued. 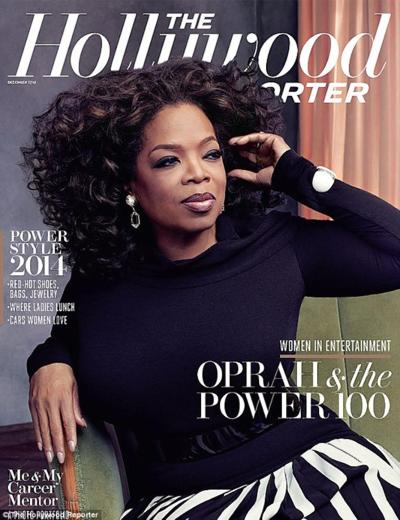 Min may well be onto something. We see frequent examples of women’s achievements being over sighted. Tales of ?cat fights? between females make the headlines – just look at the Perry vs. Swift showdown many outlets encourage. Even though both singers topped the Forbes ranking of the highest earning women in music (a superior accolade), all that was spoken about was the fact that Perry ousted Swift, and a negative shadow was cast.

Min went on to list the “white noise” of depressing figures on women in Hollywood – less than 24% of film studio execs are women, for example – and calls out the people in positions of power for failing to speak publicly about the gender pay gap: “The acceptance of women as ‘lesser’ in Hollywood is so commonplace, it’s as if we’ve grown comfortable living with ugly furniture. We don’t even know it looks bad,” she added.

Instead of the women’s Power List, THR will implement a single class – for both genders – of a Power 100. While she remains uncertain of the outcome of the move, it can surely be taken as a positive.

?Right here, right now, the moment feels wrong to host a female cage match,” she said. “Will this change make an impact? I don’t know. […] I challenge the groups of women we cover, who create content, who move billions of dollars of business, to work together. To hunt as a pack.?

Remember that quote from Madeleine Albright? ?There is a special place in hell for women who don’t help other women.? This appears to be what THR are actively encouraging; that women stand united, not against each other.