Tackling the issue of food & body image with your daughter: 10 tips for parents

Coming from a family of five sisters, and having spent ten years in an all-girls school, I know a fair amount about what goes on in the female psyche. One thing’s for sure, it’s not always pretty, which is ironic because that need to be “pretty” is precisely what is causing so much angst amongst many young minds today.

Just recently, a study by the NHS stated that the rate of eating disorder admissions in England’s hospitals had doubled in the last six years. Odds are that the figures in Ireland aren’t far off that mark. Society has become obsessed with looking good, eating clean, and instant gratification, and this has led to an inappropriate preoccupation with how we appear to be seen within this “fishbowl” culture.

If you have a daughter, regardless of her age, consider the advice below. The pressures posed by our out-of-whack world are acute, so if you want your daughter to stand strong, bear in mind that she’ll need some serious self-assurance and support to do it.

1. There’s More Than Meets The Eye

Focus on her attitude, her behaviour, instead of her physical appearance. Whether she’s overeating or undereating, gaining too much weight or losing too much weight, try to focus on the reasons behind why she might be doing it- it’s never just about food. As one article on bodywhys.ie puts it: “focus more on how the person is feeling rather than what they are doing”.

2. Accept Her For Who She Is

Say she gets a tattoo, or a piercing, or a new hairstyle that you hate, instead of steaming up with disgust, think instead about why she has done it. Maybe she’s trying to figure herself out, stand out from the crowd. Often all it takes is a bit of reflection to realise that this stage in life is not straightforward, and in showing a bit of empathy and – dare I say – pride in her attempts at self-actualisation, it’ll help your relationship and her self-esteem.

3. Encourage A Healthy Interest In Food

Cook together. Teach her to feed herself in a way that’s both nourishing, and enjoyable. Look into the benefits of various food groups, and explain how each group brings its own benefits. Make sure she knows that going gluten-free is only beneficial if you have an actual gluten intolerance.

4. Be Aware Of How She Internalises Your Actions

Children are human sponges, they soak up everything that they hear. If you lament about how much weight you need to lose for this upcoming beach holiday, they’ll internalise what you’re saying; in this case it’s that bodies are only worthy of being seen once they are a certain size. What’s more, if your daughter tells you that she wants to lose weight, challenge her on why that is. Make sure she knows the difference between changing your body for health, and doing so for the benefit of other people’s judging eyes.

5. Lose The Morality Aspect Of Food

Whatever you do, do not describe food in terms of “good” or “bad”. And make sure that she sees you treating yourself every now and again, guilt-free. How children think about themselves, their appearance and their sense of self-worth is largely influenced by their parents. Take stock of this, and the next time you suggest that indulging in a slice of cake is somewhat of a sin, think twice.

6. Give Compliments Beyond Appearance

If you want to compliment her appearance, compliment her smile, her sparkling eyes, things that show her personality. Focus on what her body is able to do – marvel at her strong legs that bring her around her world every day. Above all, make sure she knows that you value her capability more than her looks.

Place value on kindness as a whole, both towards others and oneself. Many girls are prone to following this “good girl” persona, in which they feel obliged to do what they’re told in an effort to avoid negative feedback from parents, teachers, and (especially as the years go on) society. Teach her to value her own happiness as much as she would value the happiness of others.

8. Overcome Your Own Anxieties

If you have your own hang-ups about food/ your body, do as much as you can to overcome them, if not for yourself, then for her. Fear and anxieties are contagious. If she senses your fear or anxiety about food, or about your body, then odds are she’ll pick up some of that too. Mental tics can be passed down in the same way that a knack for music, or maths can.

9. Show Appreciation For The Body’s Capabilities

Encourage a love of exercise, not because of its ability to shrink your body, but because of its ability to clear your head, reduce stress levels, and keep your body strong and healthy. According to The Irish Nutrition and Dietetic Institute (INDI), “One of the best ways to help your child to be a healthy weight is to encourage your child or teen to be happy with their bodies.”

Teach her to challenge the current status quo and with it, the current interpretation of “beauty”. Teach her that there is beauty in all the unique details that make her, her: a dimple, tufts of untamable curls, tiger-style stretch marks, the rounding of a belly curve. It’s all gorgeous, if you allow it to be.

Forget ‘get beach body ready’ and get body positive: BoPo accounts worth following 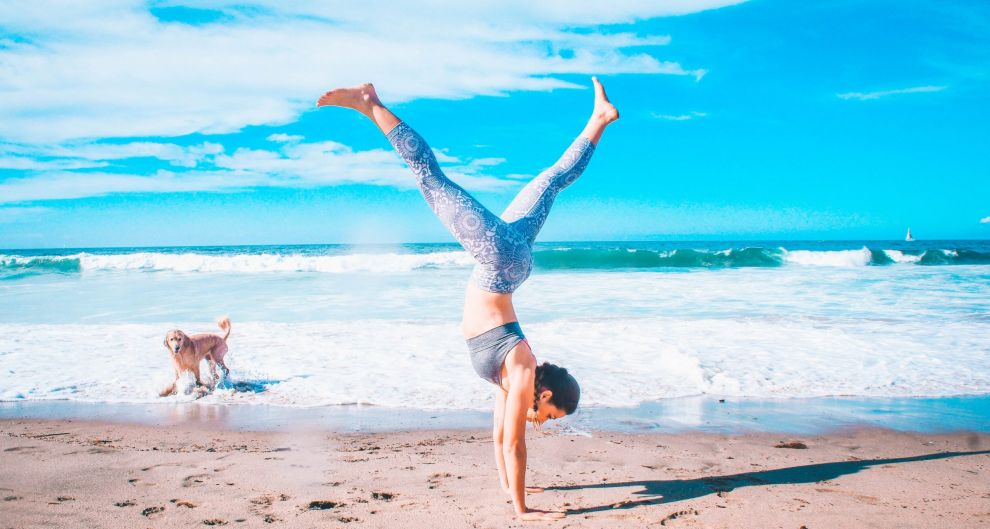