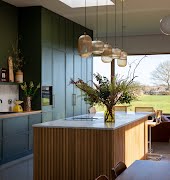 Let’s be real; the bulk of us watch the Super Bowl for one reason only – the halftime show. It wasn’t going to be easy to top Queen Beyonc? last year, but Lady Gaga proved to be a more than worthy successor. The pop star’s 13-minute set had all the hits, spectacle?and glitter she’s now infamous for, but some were quick to point out that it lacked the strong political statement many expected her to make – she’s an avid Clinton supporter. However, given that she kicked off with a moving rendition of “God Bless America” and “This Land Is Your Land,” – her message and performance were clear; through her art, she sought to unite and empower. Plus, she gave us a welcome few minutes of joyous escapism in what she said was “meant for everyone.” She is as always, a total legend, as her performance below will attest.

The Super Bowl ads, however, didn’t opt to take a light political stance. Two, in particular, generated considerable buzz: Audi, for its stance on gender equality – a?father wonders how he can tell his daughter that ?her education, her drive, her skills, her intelligence? may not prevent her ?being valued less than every man she ever meets,??and Coca-Cola for their It’s Beautiful” clip, which sees a cast of diverse people singing “America The Beautiful,” first in English, but also languages like Hindi, Arabic, and Tagalog. The ad was designed to portray the multi-cultural make-up of the US population and carries much prominence?this year.

Today millions cheer together, because together is beautiful. #AmericaIsBeautiful pic.twitter.com/z65LimssjD

And, as usual, when it comes to getting a roundup of the Super Bowl action, look no further than Twitter. Below is a selection of some of our favourite comments from the night:

Incredible performance from my friend @LadyGaga. You amaze me – and not just onstage. Proud to work with you to end sexual assault. #ItsOnUs pic.twitter.com/ZOva2lpAOZ

I wish I trusted anyone as much as @ladygaga trusts those suspension cables helping her fly through the air.

For shizzle @marthastewart @tmobile! Come find me, I got brownies! #BagOfUnlimited pic.twitter.com/rCyNykrfrI