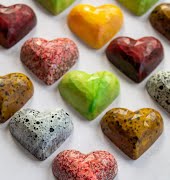 Breast cancer is the second most common cancer among women in Ireland, with over 3,000 diagnoses being made every year. So, it’s no surprise that women are told to remain vigilant when it comes to looking out for signs and symptoms.

Related: Breast Cancer Awareness Month: How to check your breasts at home

A continuous amount of studies are always being done on the disease, yet the latest research says that our body clocks may have a part to play in terms of a risk factor.  According to a new study by researchers at the University of Bristol this week, breast cancer risk lowers for women who wake up early compared to their night-owl counterparts. While the not-yet-published study still awaits peer review, the findings say that one in 100 women who said that they were morning people developed breast cancer, while two in every one hundred women who described themselves as later risers developed the illness, according to CNN.

The research – which involved more approximately 400,000 women who had their genetic information recorded in the UK Biobank project or the Breast Cancer Association Consortium study – focussed on an eight-year period of a woman’s life.

During that time, the data showed that two in 100 owls developed breast cancer compared with one in 100 ‘larks’.

By looking at around 450 genetic markers affiliated with sleep, such as “chronotype” (when we’re most active), the amount of sleep needed, and risk of insomnia, scientists were able to study cancer risk independently of confounding factors like alcohol or smoking using this Mendelian randomisation technique.

“We know that sleep is important generally for health,” Richmond told CNN. “These findings have potential policy implications for influencing sleep habits of the general population in order to improve health and reduce the risk of breast cancer among women.”

But other health factors, like excessive alcohol consumption, are more of a concern, she said.

However she further stated that night owls shouldn’t worry too much about the study’s findings, as there are many factors, some of which are genetic, that contribute to breast cancer risk.

So, yes, while sleep disruption, or not getting enough solid sleep on a regular basis, could potentially increase your chances for health problems like some cancers, more research is needed to fully understand how circadian rhythm might tie into and impact breast cancer risk.