Should We Ban Games That Glamorise War?

Like any normal person, the idea of war terrifies me.?Particularly more so now that we have so much raw information at our disposal. New-age technology means that traditional news agencies can now perform live video broadcasts on Facebook from conflict zones and even correspond with frightened children on Twitter in besieged Aleppo. It’s hurtful, it’s?haunting, and it’s very, very real.

I’m sitting on the dart scrolling?through Twitter reading headlines when the advertisement below pops up on my newsfeed, and I’m a bit baffled by it. Especially having just read about the thousands of torn families being evacuated from the Calais refugee ‘jungle’, and how Russian warships are sneaking around British waters waiting for permission to refuel in Spain before bombarding Syrian civilians again. Above all, I’m a bit shocked that war games are still a thing?and even more so stunned by the wave of celebrities?endorsing them (yep, that’s?Arny?Schwarzenegger’s face below). 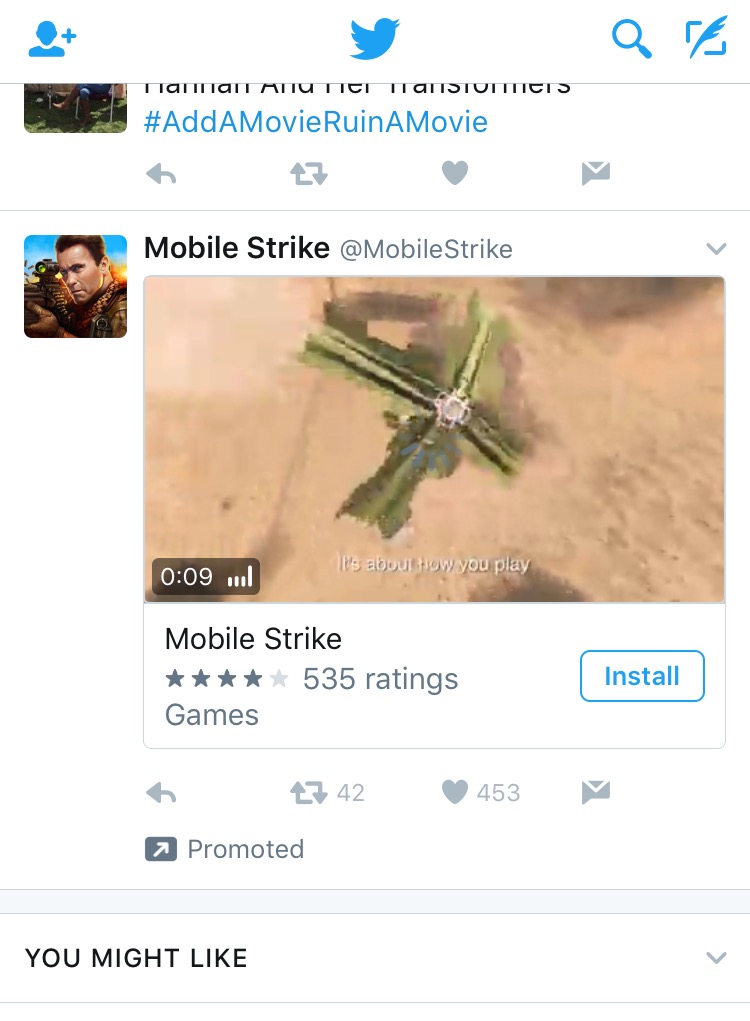 The internet needs more puppies and kittens, not war games…

‘Wargaming’ is the official name given to playing games that deal with strategy and portray realistic military operations and it’s a very popular billion-dollar industry with a massive cult-like following. To put it in perspective, there are around 26 million war and strategy games available on the internet, and some even come with very comprehensive?rule books. Even more concerning, the actual military sometimes uses these games to practice tactics and approach used in real world warfare – which is disturbing on so many levels..

With almost 26 million other competitors trying to win the highest amount of users, I can see why brands would pay celebrities to appear in or endorse their product; not to mention wargaming’s sheer popularity. In doing so, however, developers are increasingly glamorizing, sexualising, war; fabricating a false sense of what war actually represents, which is conflict, injustice, and suffering. Check it out for yourself in these official commercials featuring Arnold?Schwarzenegger, Kate Upton,?Michael B. Jordan, and Cara Delevingne. Contrary to what these ads?parade, war is not sexy, war is not entertaining, and unlike these games, war does not stop when your computer is switched off.

Although it’s thought that these ‘games’ (originally played as board games – think ‘BattleShip’) help to develop strategic planning, team-building, team-leading, and rationale, in a world where war is the brutal reality for millions of innocent people, these ‘games’ are outdated, distressing, and folly. Should they be banned? Yes, in an ideal world. But the reality of it is, wargaming creates billions and billions of revenue annually and a ban on gaming would mean other industries would take a big hit too; particularly Hollywood blockbuster production companies and television productions (money makes the world go round and all that jazz).

There’sno denying that people enjoy the historical context that war films often offer – particularly films like Fury?and documentaries like The Fog of War?- which is something that seldom applies to the war games generally promoted online. But maybe we could all become more aware and globally conscious the next time we buy’movie tickets to that extremely graphic Hollywood war film and allow our children to play’militia-style games.