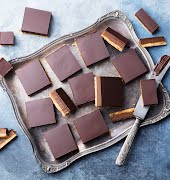 Come 2020, classes in?physics, math, literature, history, or?geography will now be a thing of the past in Finland, and here’s why.

Imagine a school system where students get to choose the subjects they want to study? Imagine spending your lessons in a working coffee shop learning valuable about communication skills, economics, and language skills, rather than learning unuseful lessons that can’t be adapted to everyday modern life. This will now be the reality for second-level students in Finland.

Finland has always obtained high standards of education?and more-often-than-not places somewhere in the top 10 of the best education systems in the world. But the welcome changes come from the dissatisfaction of traditional schooling that is failing to teach young adults basic survival skills about the 21st Century.

So instead of individual lessons, students will now’study events and phenomena in?an?interdisciplinary format. For example, if a student is learning about World War II, then they will look at the event as a whole and examine the different components that were involved such as math, chemistry, physics, and economics.

Students will be able to enter this new system once they are 16, meaning that they already have an elementary understanding of all the basics of math, language etc. beforehand. This system merely bears the students ambitions and dreams in mind and better prepares them for our modern world.

Would a system like this work here??I think so.?It’s obvious that our current system is savagely outdated (the voiceover of my Irish aural still reverberates through my ears some seven years later) – not to mention the entire system is unfair to those students who don’t perform academically; meaning they often get left by the wayside.?Perhaps a new system like this would diminish?the number of early school leavers here and encourage?higher levels of ambition?in disadvantaged and rural parts of the country.

It sounds nice, right? Now all we need are jobs to accommodate them all once they leave school…

What do you think? Would you be in favour of this system?