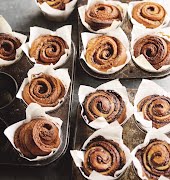 The only shop serving a small Gaeltacht community in West Kerry has closed its doors for the final time, coming as a blow to all who live there.

Tigh an Phóist, which had been in business for 110 years, was located in the centre of the Irish-speaking village Bóthar Buí. Since 1909, locals have ventured to the shop for everyday essentials, with the Irish Examiner reporting it was a favourite among mass-goers on Sundays.

Its owner, Johanna Ní Chonchúir, has decided it’s time to retire; bringing the long-running family business to an end.

According to RTÉ news, the area has been hard-hit in recent years; with many other local shops and the post office closing down. It seems there were up to 14 shops trading in the parish in the 1940s and 1950s. But from now on, the people of Bóthar Buí will have to travel over 14km to Dingle or Baile an Fheirtéaraigh to do their shopping.

On Twitter, people have been describing the closure of Tigh an Phóist as “such a loss”, particularly for a community that’s already lost so much.

Three adorable cottages around Ireland on the market for under €200,000

Don’t fancy Dublin Airport this summer? Here are 9 of the best beaches in Ireland (and the places to stay nearby)