‘I became a shadow of my former self. I stopped eating. I couldn’t go to work’

Most of us may be prone to the occasional bout of worrying. But when does this go from being a normal part of life to a full-blown crippling anxiety disorder? Jennifer McShane shares her own story and speaks to another woman who lives in that reality

I was a born worrier. That’s what my mother will tell you. I worry about today, tomorrow, things that haven’t — or may not ever — happen. It’s part of my DNA at this stage; the way I’m wired. I’ve learnt to live with it; with the niggling anxiousness lingering in the back of my mind. But it is exhausting. Worrying literally keeps me awake at night if I suffer a particularly ‘bad’ week.

There are things I can do to help. Meditation, listening to music. But a lot of the time, I just have to wait it out and let my mind and body focus on another task. It’s debilitating in many ways; a high-form of anxiety also known as chronic worrying or Generalised Anxiety Disorder (GAD). Unlike a completely hidden illness, this can reveal itself in the form of physical symptoms from dizziness to fatigue, muscle aches and nausea. It is, in effect, a hijacking of the nervous system.

Chronic worry and emotional stress can trigger a host of health problems. The problem occurs when fight or flight is triggered daily by excessive worrying and anxiety. The ‘fight or flight’ response causes the body’s sympathetic nervous system to release stress hormones such as cortisol. And it may be genetic. According to studies, if you’re not geared to worry, you won’t anyway; and if it’s hardwired within you, there may be little you can do about it.

But, of course, if you’re worrying so much that your daily life is so vastly affected, you should do something about it. Personally, saying the worry aloud helps me. Telling everyone who will listen to me is what helps the swirling of thoughts ease off and normal life to resume. Often though, this won’t be enough.

Sara from Dublin told me that her worrying and anxiety became so severe that she was eventually unable to work — or even leave the house. “It started with insomnia, which I just put down to being overworked. I was constantly up early and doing late shifts, so I figured my body was just run down,” she explained.

“But then I noticed other things: headaches that wouldn’t go away, tears if even the slightest thing went amiss and then the worry started. The fear that I’d be fired, the fear that everyone hated me — irrational worry that had no real bearing on my life.

“But I couldn’t stop it. No words would soothe, nothing could comfort me. I became a shadow of my former self. I stopped eating. I couldn’t go to work because the tremors in my hands would get so bad. There were days I’d worry so much that I’d make myself physically sick.”

“Soon, I couldn’t leave the house; I thought it was depression or really bad panic attacks causing me to feel this way.”

It turns out, Sara says, it was a combination of a few factors. 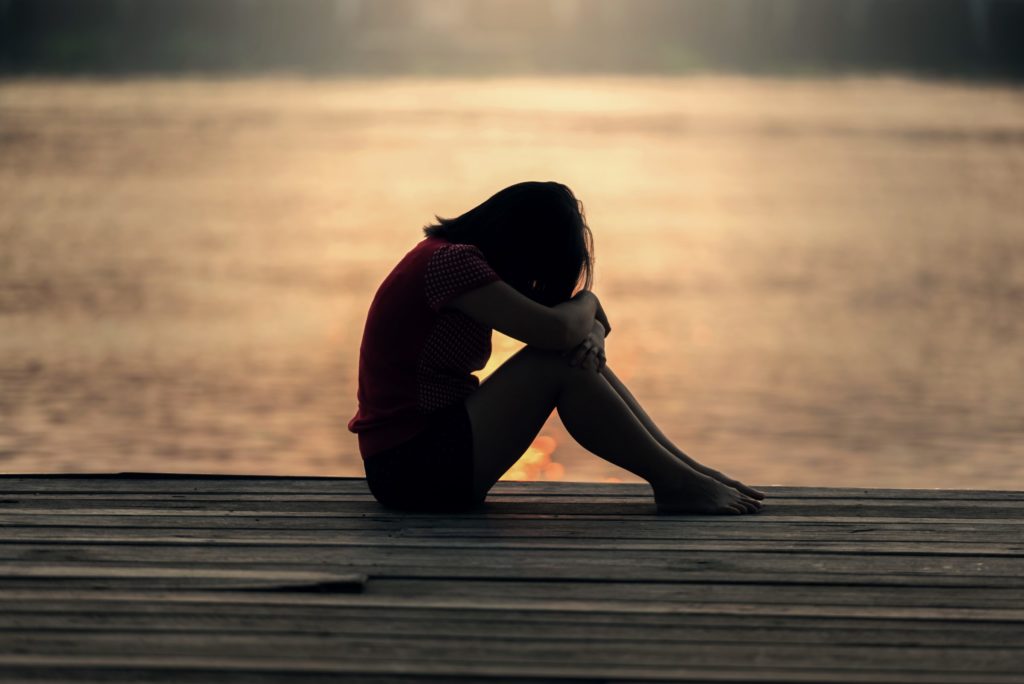 “For so long, I refused medical help or any form of intervention. I wasn’t sick — not really. I didn’t have cancer, I had a place to live, family, friends, a job. What on earth did I have to moan about?”

Sara was eventually diagnosed with acute Generalised Anxiety Disorder and now goes to therapy once a week and takes daily medication. “It has helped my life hugely; my GP was so understanding and asked why I had let myself get into such an obvious state of distress when I clearly wasn’t coping. It was the first time I’d ever heard mental illness being mentioned and it was a shock; it made me realise I had been sweeping everything under the carpet when I did really need help.”

“I had simply felt too ashamed”

“I remember how I was sweating with embarrassment when I had to try to go on illness benefit; I felt they were glaring at me, convinced I just wanted to sponge off the system — to just not bother getting a job. I hated myself for it as I lived to work — and maybe that was part of the issue. I had simply felt too ashamed to tell someone, tell anyone that life was getting too much for me to cope with.”

“Part of that is to do with the huge stigma that’s still associated with mental health — people do feel the need to take time off work for this type of emotional stress and anxiety and you can practically see people rolling their eyes if it is brought up.”

“It isn’t encouraged and it’s a huge problem. It means people suffer in silence and reach a level of desperation and a state that could be prevented if measures were taken earlier.”

Sara says the only way to see this change is by talking and being open.

“Share your story. Tell your friends, family — and please go and visit your GP. You don’t have to go through it alone. The only way the feeling of shame and stigma will end is if we keep normalising the conversation.”

If you’re suffering from symptoms that are affecting your daily life, please visit your GP.