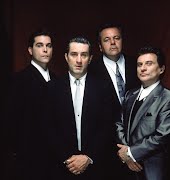 At last; Saturday Night Live (SNL) is getting an Irish makeover! Well, of sorts. It was announced only hours ago that our own Saoirse Ronan would take the hosting reigns of the hit US show on December 2nd, peppering the show with her charm and, let us hope, distinctly Irish sense of humour. Will she face off with Alec Baldwin’s infamous Trump on immigration blockades? Remind the millions of viewers of the artistry that goes into an Irish brew? School the entire SNL cast on how to pronounce her name correctly? The latter will surely be a given as no one across the pond seems to get it right… ever.

No details have been divulged yet, except that U2 will join Ronan, befitting as a solid Irish choice for the musical interlude.

The timing isn’t a coincidence; Ronan already has critics buzzing thanks to her upcoming performance. as a strong-willed teen in Greta Gerwig’s autobiographical, anticipated Lady Bird. If you listen closey, you’ll hear the Oscar whispers, and Saoirse has started its press circuit already. This is her first Oscar-tipped outing since Brooklyn, and the actress told The Hollywood Reporter she was nervous going in.

“[I was] terrified I was going to mess it up I think since she [director/writer Gerwig] was there every day. It’s not necessarily autobiographical, but I think what we’ve been saying is when Greta and I came together, Lady Bird was born. She kind of came from us but she’s very sort of separate from us too, and she’s sort of like the girl we aspired to be when we were 17.”

“She’s like a ballsy girl as well. She’s confident, and she’s got a lot of self-belief, and she’s also got a lot of self-doubt,” she added. “Just having well-rounded female characters is so important and it’s something we’re all going to gravitate towards because we want to do good work.”

Lady Bird is in Irish cinemas early next year.