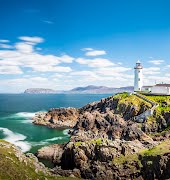 When I was a child no garden was complete without a rockery. Rockeries were made fashionable by the late Victorians who were keen to show off their plants collected on trips to the Alps and mountains of the Far East.

A company in England was established by a man called Pulham specifically to manufacture fake rock, such was the demand in the nineteenth century. Both St Stephen’s Green and the Iveagh Gardens in Dublin both have fine examples of Pulhamite waterfalls.

By the early 1970s, many rockeries had become a travesty, sporting nothing more than a few droopy lobelia and mouldy geranium. Naturally, they fell out of fashion and today their mention induces wrinkled noses and curled lips. 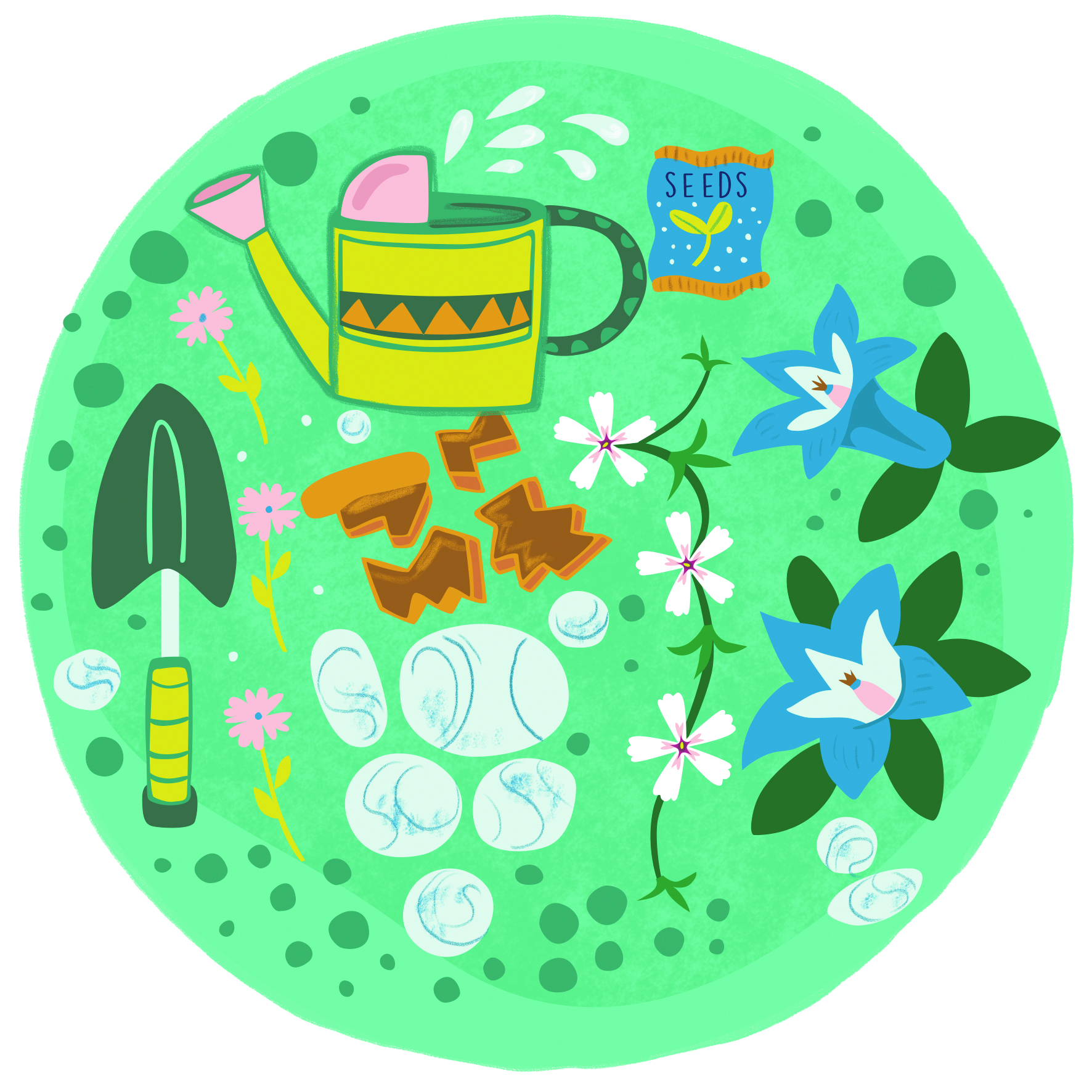 In fact, rockeries were a great idea. The point of them was to recreate mountain conditions, where plants which grow naturally at high altitudes, on rocky ledges, would thrive and look their best. Mountain plants today are all loosely termed ‘alpines’, but the term applies to any such plant whether from the Rockies, the Andes or the Himalayas.

What all these plants have in common is a tolerance of frost and snow and searing sunshine, but a hatred of damp roots. Their natural environment is scree or gravel, which is well drained – scree is formed in mountainous areas where rock faces disintegrate due to freeze-thaw action.

The modern version of the rockery is the scree garden. It is a more refined version of the clunky constructions of yore and provide the ideal conditions to display choice (i.e. precious) plants.

The first thing to do is choose an open, sunny position in the garden which is not overshadowed by trees. To emulate mountain conditions, choose a slope, or if you don’t have one, make one. This can be done by building up a pile of larger rocks and soil and creating a sloping mound.

You need to make a bed which will slope enough to allow any excess rain to drain away, but be gentle enough so it won’t dry out completely in summer. If you have a very small garden and don’t have room to create a scree bed, you can, following the same principles, plant up a sink or shallow container to fill with alpines.

1. Cover this area with about 15cm of rubble – you can incorporate bits of broken pots, sundry rocks and stones.

2. Then cover the rubble with another 15cm layer of smaller stones or large pebbles on top of the rubble.

3. Cover this layer with larger stones or boulders of granite, sandstone or limestone.

4. Next part fill all the gaps between the stones and boulders with a good mix of stone chips and gravel.

5. Finish filling the gaps between the large stones and boulders with a good mix of free draining material, use a combination of loam or top soil, one part leaf mould or peat and 2 parts grit, at least 8cm depth.

6. After you have planted up the bed, top off the soil with a 5cm layer of gravel.

If you are going to specialise in alpines from chalk or limestone areas, such as the Burren, use limestone chips. Otherwise, washed gravel or granite chipping will suit most plants.

Take care to weed your scree bed regularly as you would with any other border.

Don’t let the bed dry out during periods of drought.

Top dress the beds with grit or gravel annually and add a slow release fertilizer to the mix.

Suitable Plants for a Scree Bed

Plants with a cushiony habit or which are mat-forming are ideal for scree gardens. Smaller succulent plants also work very well, though take care to protect tender succulents in winter time. One of my favourite alpine plants is Gentiana – its beautiful, pure blue flowers are truly a thing of beauty.

Visit the wonderful Alpine House in the National Botanic Gardens for inspiration. Try to avoid plants that spread too rampantly, or tall plants which will look out of place. Go for dwarf or dainty varieties of favourite plants such as tulips (which come from mountainous regions in Turkey), sweet Williams and narcissi.

The following plants are all ideal:

Read more: This garden in the Wicklow Mountains blends into the wilderness

Outdoor lights to brighten up your al fresco dinners

‘The days I don’t get into the garden I feel like something is amiss. It’s a mood changer’