Review: Me Before You

Today marks the release of the highly anticipated film adaptation of Jojo Moyes? Me Before You. Let me start by saying this was not the type of book I would normally read. To be honest, it was given to me a few months ago and I read it simply knowing the film was due out this summer and I might need to know the story well in advance. Professionally speaking, I’m glad I did, as I was well prepared with the background story in order to do my job adequately.

Personally speaking – Well, I’m glad I did it for that reason too. I didn’t expect to enjoy it as much as I did. Then again, you’d have to have a heart of stone not to.

The central character is Louisa Clark (played by Emilia Clarke of Game of Thrones fame – she’s the one in the long platinum blonde wig, below – and yes, we see the similarity in their surnames – quite the?coincidence, isn’t it?), a fashion-loving 28-year-old from a small English village that surrounds a castle, which welcomes an influx of tourists in summer. She lives with her mum, dad, grandfather, sister, and nephew in a tiny house. Her ambitions are modest – she quite happily worked in a local caf? until it closed down and she needed a job – and had few skills to get one. Cue a meeting with the job centre and a posting for a carer of a wealthy thirtysomething quadriplegic named Will Traynor (played by the ever-charming Sam Claflin), who lives in an annexe beside the castle. No, she had no experience; but the job didn’t seem to require any – just someone who would bring a little life to this man’s day to day. 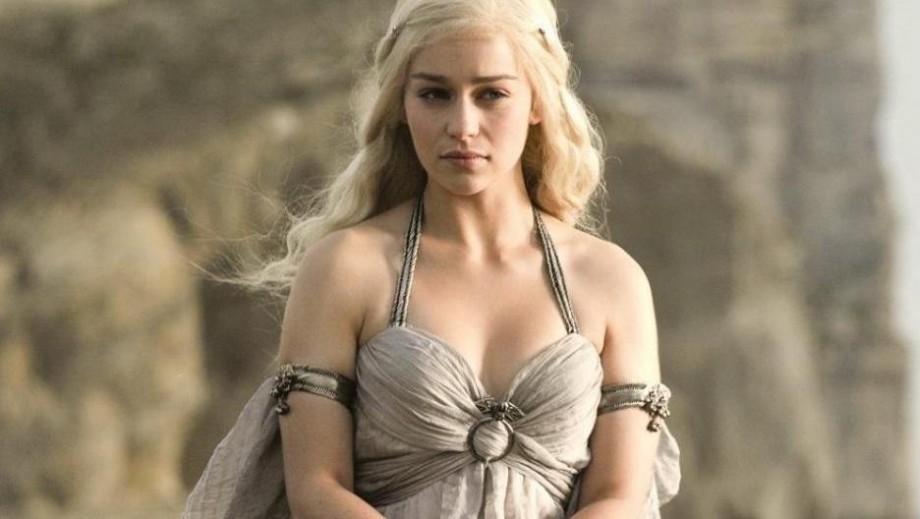 Moyes? book was a bestseller, and for good reason. It illustrated just how difficult everyday living can be for a quadriplegic – or anyone in a wheelchair. Louisa was unprepared for just how unfit the outside world is to meet Will’s needs, and just how little we all understand of the condition. It’s empathetic, yet hopeful and inspiring – no matter how bad Will feels, there’s the message that life is beautiful and worth living, and happiness can be found if you look for it. And Louisa’s fun-loving personality is just the medicine that Will Traynor needs.

That said, Will doesn’t quite see things that way. He believes life should be lived to the fullest … and was quite the active bloke before an accident resulted in a spinal cord injury.?While we’re given a glimpse of just how hard life is for a quadriplegic, you’re still not exactly living in his shoes – and Will is determined to jet to Switzerland to end his life with dignity and finally be at peace. Louisa only hopes to change his mind. 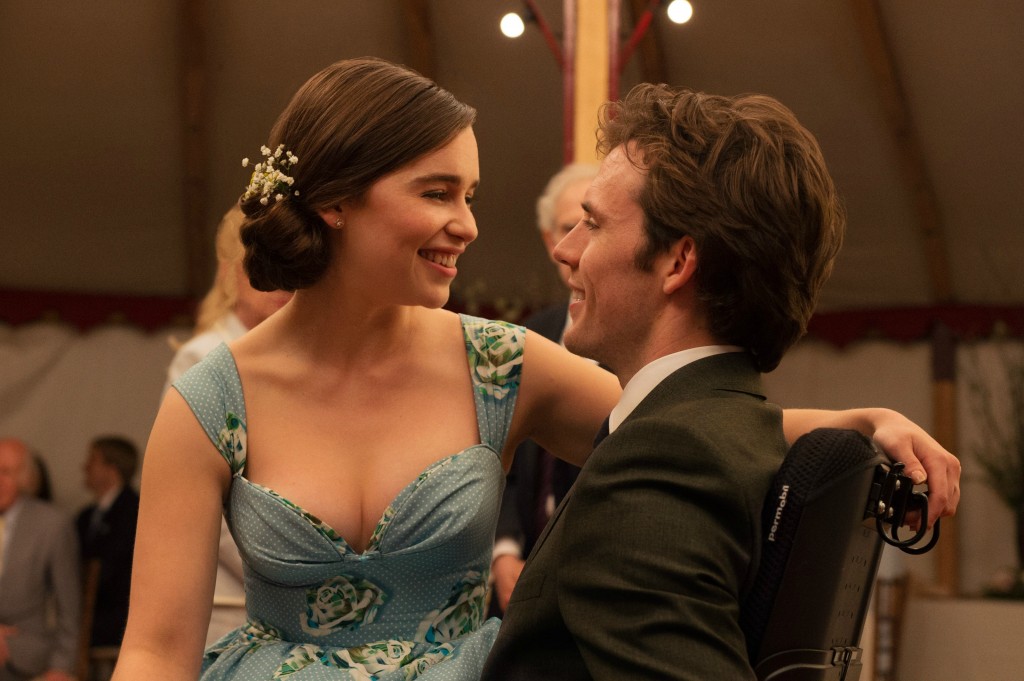 So, back to the film, then. It’s often said the film is no match for the book. There are of course exceptions – Atonement is a mighty one (who else read Ian McEwan’s book and then saw Keira Knightley wearing that green dress and thought, that’s exactly how I pictured it?). There is a good reason, though, for the theory – how can one conceptualise a 300-page novel that engrossed readers for a week, two or possibly several, chapter by chapter at bedtime or on the beach, into a 120-minute flick and not miss a wealth of details?

But this one has a point of difference: Moyes wrote the script. You even hear dialogue that’s directly taken from the novel. So it’s a pretty good adaptation. Few details were edited out – we never see Will Traynor’s moody sister, so viewers will assume he’s an only child. The relationship between Will’s mother and Louisa never quite reach that heat that it does in the book. But like I say, time is limited and a film writer must pare back the screenplay.

All that said, I did cry for the last 25 minutes of the film – even though I already knew how it would end (by the way, I cried whilst reading the last chapter of the book too – what can I say?). And I wasn’t alone. Half the cinema ran to the ladies? room before anyone could see their messy faces. There was some serious ugly crying going on.

So, I’ll leave you with this: I didn’t drag the husband – as sensitive as he may be, I knew this one wasn’t for him and he’d only suck the joy out of it for me. Bring your mum, sister, best friend – whoever, just (and please don’t take this as sexism – I don’t intend to genderalise) leave the fellas at peace – it’s really not for them (I even spoke to one man who came with his husband, and he just wasn’t into it; his husband liked it more than he did, but I got the feeling his life wasn’t made nor ruined for having seen it). Trust me – you’ll enjoy it more if he’s not with you – remember the ugly crying I warned you about? Yeah, that. 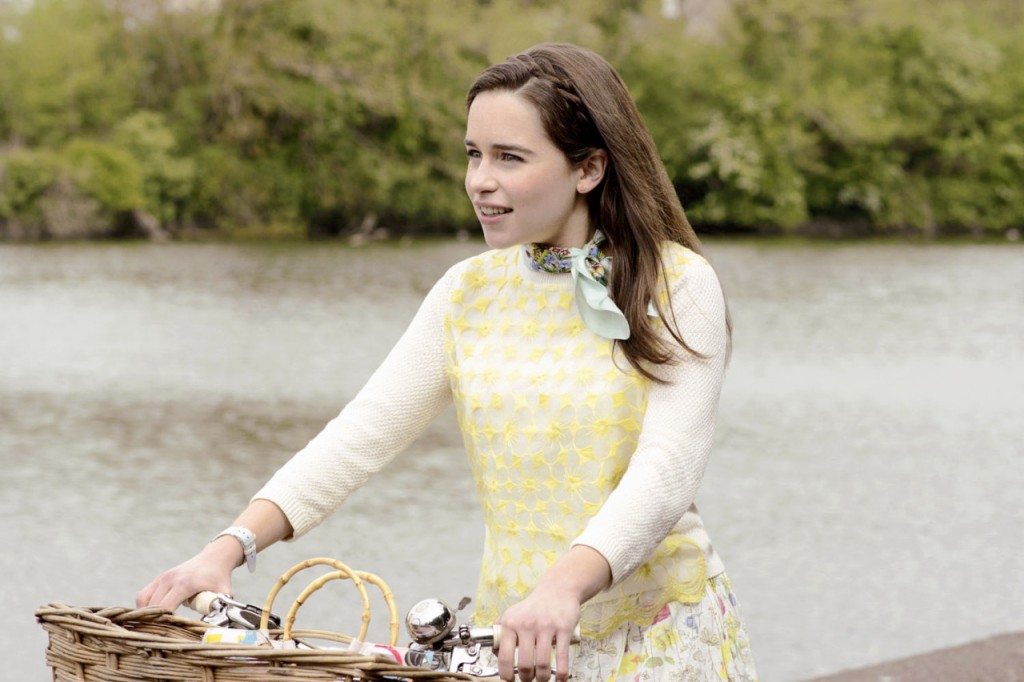 One more thing: the real star of this film is Emilia Clarke. You mightn’t have really gotten to know her just yet, unless you’ve been watching Game of Thrones, but once you see her in this, you’ll fall in love with her. She’s extraordinarily charming. And Louisa’s wardrobe – though not quite in keeping with her character’s very limited budget (just how did she manage to buy all those shoes?) nor her tiny bedroom – will lift your spirits and make you want to start donning more colour – every day of the week. And while Sam Claflin is – as always – adorable, you somehow can’t take your eyes off Emilia. I very much look forward to seeing what she does next.

Me Before You is in cinemas now.