Last night, I had the great privilege of seeing Cameron Mackintosh’s acclaimed Broadway production of Boublil and Schönberg’s musical based on the Victor Hugo novel, Les Misérables, at the Bord Gáis Energy Theatre. The show has been sold out for weeks now. Once word got out just how special this production was, musical theatre fans scrambled for tickets. So, did it deliver?

Let me start by saying I saw the Broadway production of this musical when I was 16 in New York. I had been a musical theatre fan myself since I was aged in the single digits. My mother always got season tickets, and living in Boston, we saw all the Broadway productions after they wrapped in New York, so the bar was pretty high. From Annie to Evita to A Chorus Line and everything in between, my musical viewing repertoire covered the lot. But when I first saw Les Misérables, everything changed. This one was different. At the age of 16, I wanted to be a singer and was studying musical theatre in school. I wanted to be Éponine, singing “On My Own”. Every scene, every song was moving. The stage was awe-inducing, with a rotating barricade. So my memories of this particular show had the bar set pretty high, but I wanted desperately to see it again, and more importantly, for my ten-year-old daughter to see it while it was in Dublin (she’d seen the film, FYI, so I knew she would understand the story and could handle all the sadness).

Our experience was enhanced tremendously by the Circle Club. It was my first taste of the Bord Gáis Energy Theatre’s private members’ club, so I didn’t know what to expect. When I arrived on the second floor of the theatre, I was awestruck by the view overlooking Grand Canal Square with its light-filled rods. And the service… Let me tell you, this is a great way to enjoy the theatre. Dinner in the Circle Club means you enjoy your starter and main course and calmly proceed to your seat just a few minutes before curtain, with access to the club at the interval (where your dessert and drink await) and post-show. It’s pure VIP luxury and means you can focus all your attention on your special evening. 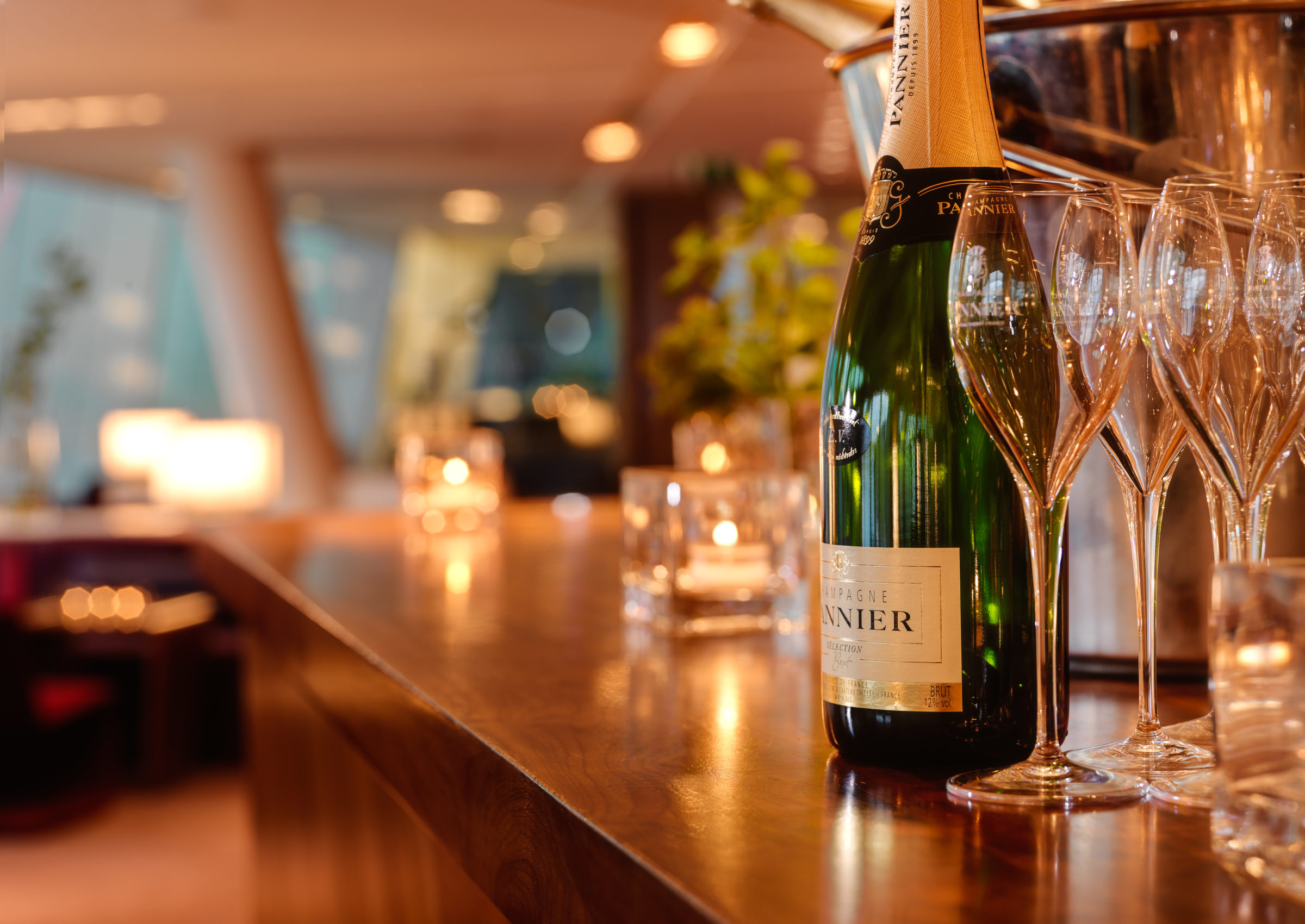 But back to Les Mis… Fed and fully chilled, we took our seats for the show. The set featured scenery inspired by the paintings of Victor Hugo, and when the curtain finally came up, the show started with a right and proper bang, opening with “Look Down” and Jean Valjean and his fellow prisoners slaving away with Javert overseeing their work.

The highlight of this production is of course our very own Killian Donnelly, a West End stalwart who seems to have been born to play the role of Jean Valjean. (My daughter agreed he was her favourite character.) But the performance of each and every cast member was superb. In fact, of all the many musical productions I’ve been so honoured to experience, I cannot recall being as moved by the curtain call. Maybe I’m just getting sappy as I age, but genuinely, this cast had a profound effect on me as an audience member (and they all genuinely looked so proud to share a stage together). The rest of the audience seemed to share in this contagious joy, as the standing ovation was pretty magnificent. I even heard one lady in the restroom proclaim to her pal that this was the greatest production she had ever seen.

If you don’t have your tickets, I would advise two things: 1) keep checking the website for “late release tickets” – given this is what it states on the site, I’m taking that as a hint that there could very easily be some available one day; 2) take a look at some of the other productions in the theatre’s 2019 programme – there are some pretty amazing shows in the pipeline to suit various tastes, whether your interests fall in the Macbeth genre or Calendar Girls. Oh, and if given the opportunity to see this show elsewhere, take it. It’s pretty spectacular, and I promise you won’t regret it. It hits the UK next, lesmis.com.

For details on the Circle Club, visit bordgaisenergytheatre.ie/circleclub.