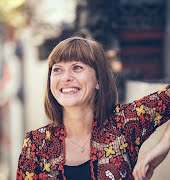 Prince Harry and Ed Sheeran have created a funny video (with a serious message) to raise awareness for World Mental Health Day. Watch the video in-full below

Prince Harry has teamed up with musician Ed Sheeran to help raise awareness for World Mental Health Day. The famous pair filmed a witty video for IGTV in which they poke fun at their ginger hair, while also asking people to reach out to those who may be suffering in silence.

This year’s World Mental Health Day, which is organized by the World Federation for Mental Health and supported by the World Health Organisation, calls on people to acknowledge the scale of suicide around the world, as well as the role each of us can play in helping to prevent it.

“Both Prince Harry and Ed Sheeran want to ensure that not just today but every day, you look after yourself, your friends and those around you,” a joint statement read on Instagram.

“There’s no need to suffer in silence – share how you’re feeling, ask how someone is doing and listen for the answer. Be willing to ask for help when you need it and know that we are all in this together.”

The video is both cringingly awkward and laugh-out-loud funny. It starts with Ed Sheeran trimming his beard, getting ready to meet the royal.

“I’m really excited today,” he says. “I’m going to go and film a thing with Prince Harry. He contacted me about doing a charity video with him – which you know is going to be good because I’ve long admired him (from afar).”

We then see Ed ring Harry’s doorbell (presumably at his home in Frogmore Cottage), where Harry welcomes him inside. “Thanks for coming, I really appreciate it,” says the Duke of Sussex.

“This is something I’m quite passionate about,” Ed says, with Prince Harry adding, “For me, this is a subject and conversation that’s not talked about enough, I think people all over the world are really suffering…”

Ed goes on to say, “I’ve actually been trying to write a song about this, to get [the message] out to more people.” To which Harry replies, “I think someone of your skillset, to be able to write lyrics of a song to raise awareness, would be really amazing.”

But then… Ed says, “People just don’t really understand what it’s like for people like us…” To which Harry confusedly asks, “What?”

“You know, with the jokes and snide comments… I just think it’s time we stood up and said we’re not going to take this anymore. We are ginger and we’re going to fight.”

“Um, okay. Slightly awkward,” says Harry. You can see what happens next for yourself…

‘We’re all in this together’

“Make sure that your friends, strangers, look out for anyone who might be suffering in silence. We’re all in this together.”

If you (or anyone you know) needs advice about mental health, information can be found at the following websites:

Read more: A poem to share in honour of World Mental Health Day