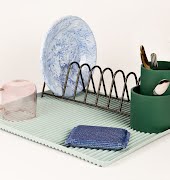 Over the past two weeks you took time off and relaxed. Yes, you indulged yourself with good food and an alcoholic beverage or two. Yes, you went to bed later but you also stayed in bed later. Joyous hours binging on Netflix, reading new books, browsing the sales and general lounging with family and friends should technically leave you ready to get back to work with gusto.

But on that first day your alarm goes off it feels like the middle of the night. Exhausted, the return to work, even for the most enthusiastic worker, is almost too much to take.

Sound familiar? Don’t worry- you’re not alone. Research shows that the holiday blues associated with the return to work period, coupled with almost two weeks of routine disruption, can throw your body-clock out of sync making you feel jet-lagged. In fact, the feeling is similar to the jet-lag you would get if you were travelling from Paris to New York and back in the same weekend. So prevalent is the phenomenon that it is the subject of research by chronobiologists who coined the phrase ‘social jet lag’ to explain it.

If you suffer from social jet lag your symptoms are pretty intense and include struggling to go to sleep for the first few nights and without doubt finding it incredibly difficult to get up at the crack of dawn. You are likely to have difficulty concentrating, struggle to remember things and feel a general lack of energy. Your appetite may be poor and you may crave sugar despite your best attempt to stick to your New Year Resolutions.

But how do you recover from this awful feeling?

At the risk of sounding dull, and in the knowledge that this piece of advice is most likely only possible if you have a time machine, the best way to avoid social jet lag is to stick to your work routine during the festive period. But if you didn’t (like 99% of the population) what can you do NOW to make your first week back at work a little easier?

It is going to take a few days and nights for you to recalibrate and recover. Accept that you may struggle to sleep and to get up for the first few days. During your first week, focus on re-establishing your bedtime routine as quickly as possible. Stick with it for a few days and you will be surprised when you begin to feel better pretty quickly.

I know it sounds simple but spend 15 minutes the night before you go back to work organizing your clothes, lunch and handbag. Find your bus or train card, charge your phone and get the basics ready so you don’t have to worry about them in the morning.

You have New Year resolutions that you are determined to stick to, and you should, but you also need to be realistic. If you never got up at 6am to go to the gym before work, ask yourself is it the best idea to start now? Ease yourself in. Week One focus on your routine, plenty of water and good nutritious food. Next week start your 6 am gym routine.

Put a plan in place to deal with email

The likelihood is that your inbox is pretty full and you don’t want to spend half your day trawling it. So don’t. Instead identify the most important people to respond to, the active projects you are on that are the most taxing issues you have to deal with and sort your inbox accordingly. Respond to these first.

Plan to push yourself

The reality is that once you get back into the swing of things, and the symptoms of social jet lag disappear, the rest will have done you good. So, at the end of your first week back set your mind on a stretch project, embrace a new opportunity or do something outside of work that you have always wanted to do. Plan to push yourself so that you continue to grow in your career.

Overcoming social jet lag is the first step in having a productive start to 2018. But if you find that it’s not the early mornings and New Year resolutions that are keeping you awake at night, but rather your career, it might be time to plan a transition, pivot or change. Remember, it’s up to you to design your version of success.