Cork rape trial: How on Earth can a man control himself when faced with a hint of lace?

Last week, there was righteous uproar when senior counsel Elizabeth O’Connell defended her 27-year-old client for raping a 17-year-old girl. “Does the evidence out-rule the possibility that she was attracted to the defendant and was open to meeting someone and being with someone?” she asked. “You have to look at the way she was dressed. She was wearing a thong with a lace front.”

The jury of eight men and four women returned a unanimous not guilty verdict.

Unsurprisingly, media outlets and water-cooler conversations exploded with female indignation; the myth that refuses to die, that a woman is asking for it if she’s wearing anything skimpier than a burqa (regardless of the fact that rape absolutely exists in burqa-wearing communities and countries). By O’Connell’s “reasoning”, she implies that we would be safer wearing chastity belts to fend off unwanted advances, because how on Earth can a man control himself when faced with a hint of lace?

An argument is as old as time

“For the majority, what women want is underwear that doesn’t show through their clothes. We want shape-retaining, colour-fast technology. We want knickers that absorb our menstrual blood”

The ‘what was she wearing?’ argument is as old as time but what no one seems to have added to the debate – never mind the jury’s gender bias – is that women’s choice of lingerie has less and less to do with men than ever before. Yes, culturally, we’ve been conditioned to desire underwear that excites the male gaze, however, O’Connell seems to forget that the humble thong was invented chiefly to eliminate visible panty line, not to inspire non-consensual sex or a Sisqo song. The thong’s original intention was to draw attention away from the posterior, not to invite it.

Moreover, this sartorial bum-floss – popularised in the 1990s, along with the naughty-postcard, boob-compressing Wonderbra – has long been overtaken by “big knickers”. With the advent of tech fabrics – laser-cut and bonded seams – consumers thought better of hoisting a string between their butt-cheeks and slipped into something more comfortable, literally, and just as invisible instead. Women now more than ever are prioritising comfort and practicality over cartoonish, conventional coquetry, hence the apparent decline of Victoria’s Secret, Ann Summers, Agent Provocateur and the ultimate demise of La Senza and Ultimo. For the majority, what women want is underwear that doesn’t show through their clothes. We want shape-retaining, colour-fast technology. We want knickers that absorb our menstrual blood. We want knickers that walk the dog and make us a cup of tea, dammit! 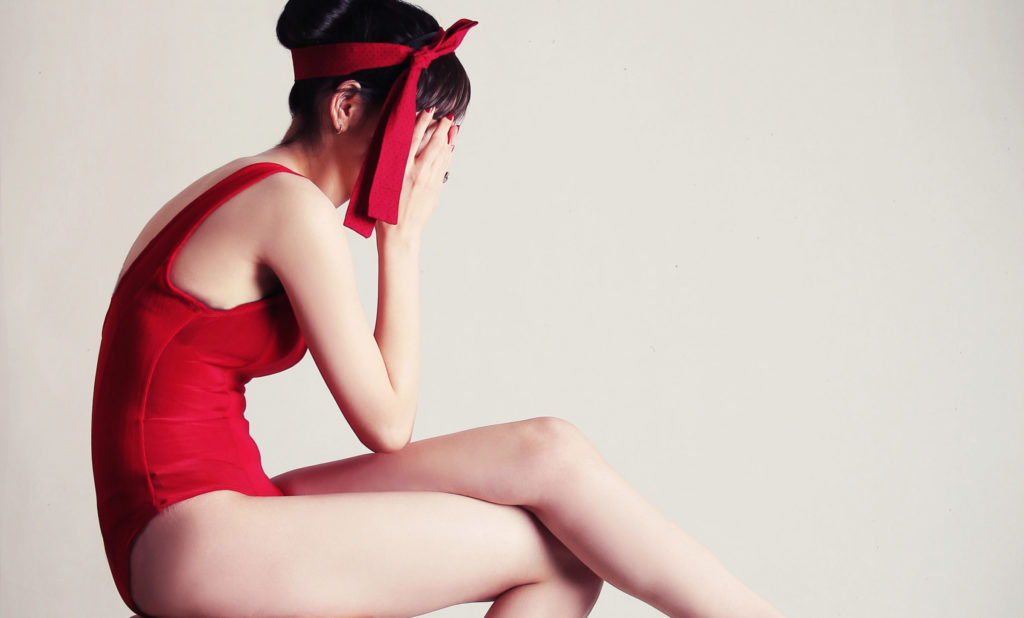 It wasn’t until advancements in loo sanitation – and Queen Victoria ushering in her puritanical reign – that buttons were added to undergarments. But obviously, if O’Connell’s argument is rock-solid, not one woman was raped during this time because they were cosseted in high necklines, corsets and stays, long sleeves, acres of skirts, knickerbockers and stockings. Not one woman. Because they were all dressed modestly and thus incapable of inciting erections.

Also by O’Connell’s provocative clothing rationale, you presumably couldn’t walk down the street without being raped during the 1920s and the Swinging Sixties. Hemlines during the former period raised from ankle length to mid-calf, while the latter championed micro-mini skirts. How fathers, grandfathers, uncles, brothers and sons were able to curb their loins is unimaginable!

Related: Our tops are too low, our skirts are too short, our niceties are seduction

There’s obviously nothing wrong with wearing lace, colourful or “sexy” underwear. The sensuality of silk on skin and creating a proportionate silhouette are to be celebrated, not derided or judged. Who doesn’t know the power of exquisite scaffolding, and hasn’t worn their favourite lingerie for a hot date or a job interview? It’s often just the knowing that you’re wearing something minxy underneath your clothes than that anyone else is going to see it. But there’s nothing at all sensual about a 27-year-old man penetrating a 17-year-old woman on the muddy ground in the shadows of a nightclub. There is everything wrong with that. In that dreadful moment, it wouldn’t have made any difference if she were wearing Bridget Jones or clown pants under her clothes.

Frilly, colourful thongs are now being aired across social media and nationwide protests in female solidarity: #ThisIsNotConsent. In the interests of parity, O’Connell should perhaps lay bare the contents of her own knicker drawer. It would be interesting to see how she distinguishes her own man-repellent smalls from her man-arousers, and what narrative she believes would play out if she dared to wear one out of context. Consensual sex has nothing to do with clothing and everything to do with respect, an elemental virtue that’s sadly lacking in rape trails, where alleged victims are judged more harshly than alleged perpetrators.

PS I am typing this while wearing navy blue and black lace lingerie. This does not mean that I am asking for sex or that my boyfriend will even see it later. It just means I like matching underwear. That is all.