Natalie Portman Thinks Sexism Is Worse Now Than In The Sixties

attends a photocall for "A Tale Of Love And Darkness" during the 68th annual Cannes Film Festival on May 17, 2015 in Cannes, France.

The subject of sexism in Hollywood has been debated endlessly over the last year. We know it’s out there, it’s happening, and there’s a lot of white noise around it; people talk the talk, but so far, we’ve seen very little change actually happen. Some dismiss the idea of sexism happening to women that are beautiful and famous, but the point isn’t that they are living in a Hollywood bubble (most of them aren’t save for the three or four on the current ‘hot’ list ), the point is that gender inequality, ageism and wage gaps are all very real issues affecting every woman in 2016 – yes, even those in the public eye – and that is worth talking about.

Perhaps now more than ever, we need creativity; the arts and talented people honing their the skills to bring joy to the world – the world isn’t all Brexit and Trump, or at least, we have to make it so that this is not the case. And in this vein, one of the most talented actresses of the moment is Oscar winner, Natalie Portman. She’s joined the ranks of such formidable stars like Meryl Streep and Jodi Foster in that she carefully picks and chooses the projects she’d like to work on – or, at least, that’s been the consensus?of the public until now.

In a new interview with Vulture, she is the latest to slam the industry’s sexist undercurrent, demanding more strong roles for women to portray on screen. Because despite what many an outlet would have you believe, she really isn’t doing one film every two years out of choice, it’s because there are few roles of a high calibre for her to play, and it has steadily got worse over the last few years. ?In fact, she explained that her recent career break had been determined by the fact that there ?are not great female roles? anymore. 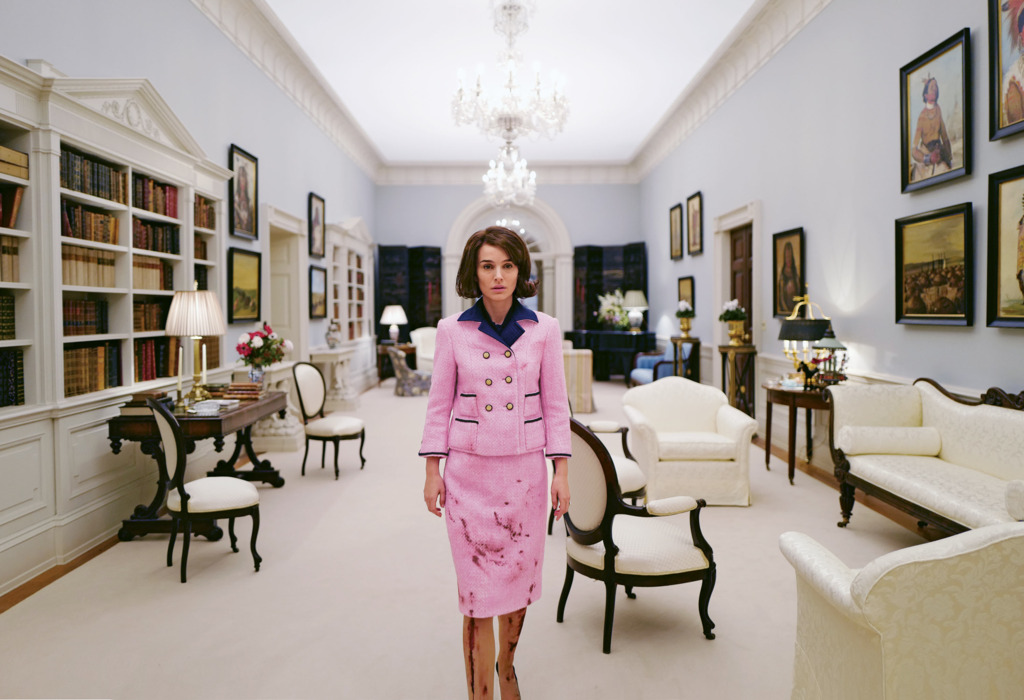 She has the world buzzing about her upcoming movie in which she plays the iconic Jackie Kennedy (we already know she’s bound to bag an Oscar for it) and said that her research for her role as former FLOTUS ?left her feeling nostalgic for an era long gone by – the sixties. Such an era was undoubtedly difficult for women, but Portman argues, at least this period gave them visibility on screen with strong female leads. Granted, the sixties weren’t all love and peace and we’re certainly not hankering for a return to racial segregation and forced female retirement upon marriage. However, when it comes to movies, Portman might have a point.

“Films from the €50s and €60s have such strong female roles all the time,? she said, mentioning Sunset Boulevard?and Marnie.??Even if they’ll make the occasional sexist comment, they still have a central woman character who has a personality. Now I feel like movies are all about white men and then you get a couple that happens to be about women.?

So, she’s actively making sure that she takes a stand against the sexist, status quo. Next,?Portman is set to play Ruth Bader Ginsburg as a crusading ACLU lawyer, fighting for gender equality before the Supreme Court in the €70s but put the project on hold until she could find the right director – a woman. “With the issues of gender discrimination in Hollywood right now, how could we not do that?? she said.

Okay, you could say that these are just movies. But one thing that’s for sure is that we need more empowered and complex female roles in “just movies” because hardworking women in Hollywood deserve to be more than mannequins for the “cute” damsel-in-distress girlfriend roles and the women watching deserve greater role models than they ones they currently see on the silver screen. Actresses and movie-goers are worthy of so much more.