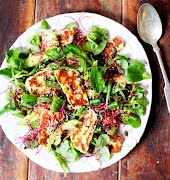 A young mother has died after falling down the stairs of a New York City subway station. She had been carrying her daughter’s pram, with the one-year-old strapped inside, at the time.

According to reports, the incident happened at 7th Avenue Station at 53rd Street on Monday night. Like many subway stations in the city, there is no lift here, and so Malaysia Goodson was forced to carry her baby’s pram down the steps instead.

Related: Wheelchair accessibility is the only upside
to Dublin’s ongoing gentrification

It seems she was found lying at the bottom of the stairs on the train platform, before being taken to Mt Sinai West hospital; where she was later pronounced dead. Malaysia’s daughter, Rhylee, was not seriously injured in the fall and is currently being cared for by family members.

This is 22 year old Malaysia Goodson. The Stamford mother fell down the stairs at a subway station in NYC last night and died. Her one year old daughter was with her in a stroller but is ok. @News12CT pic.twitter.com/4mRmwOAZKx

Malaysia’s death has once again raised the issue of accessibility in New York’s subway stations. Only 24% of the city’s 472 subway stations are ranked as accessible, according to Scott Stringer, the New York City Comptroller.

He says it’s, “by far the lowest share among the country’s metropolitan rail systems”. This means 640,000 residents (including people with disabilities, parents with young children, and the elderly), have no access to their local rail system.

Related: ‘A wheelchair gave me physical freedom, but my third
lease of life comes from buying tickets for one’

Meanwhile, Shams Tarek, the Metropolitan Transport Authority (MTA) spokesperson, said, “This is an absolutely heartbreaking incident. We know how important it is to improve accessibility in our system.”

Mayor Bill de Blasio added, “This is a heartbreaking tragedy that never should have happened. The subway system is not accessible for everyone and that’s an environment the MTA should not allow.”

This is a heartbreaking tragedy that never should have happened. The subway system is not accessible for everyone and that’s an environment the MTA should not allow. https://t.co/X89fQep0LY