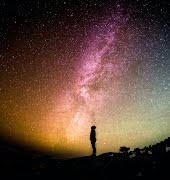 Why Are Miley Cyrus & D&G Fighting Over Melania Trump?

Yes, we know Beyonc? and Jay-Z had twins, but who doesn’t love a bit of celebrity social media beef of a Monday? The best clashes always come from those we don’t expect and for once, someone other than Katy Perry is calling out someone besides Taylor Swift.

This time it’s Miley Cyrus vs. Dolce & Gabbana over Melania Trump, a digital bust-up that’s as strange as Miley Cyrus trying to pretend that Wrecking Ball never happened. ?It all started when Cyrus’ less-famous sibling Braison, made his runway debut in the fashion duo’s show (all on his own, without any help from the Cyrus PR machine, natch). Along with from the usual congratulatory Instagram caption, there was also a bit of political shade. Why? Because Dolce and Gabbana, were?the only major designer label to endorse Melania Trump and the pop singer let it be known that this did not impress her.

Congrats @braisonccyrus on walking in your 1st runway show…. It’s never been my little brothers dream to be a model as HE is one of the most talented musicians my ears have ever been given the gift of hearing…. BUT it is a Cyrus family trait to try everything once (within reason HA) and to embrace opportunities that encourage you to step out of your comfort zone! We believe in trying something new everyday! I love you Prince Suga Bear and seriously congratulations on your experience! I am so proud of you always…. From Nashville to Italy! ?????? PS D&G, I STRONGLY disagree with your politics…. but I do support your company’s effort to celebrate young artists & give them the platform to shine their light for all to see!

Following the Trump dig, the Italian designers doubled down on the controversy by bringing back an old hashtag from the Elton John feud, #BoycottDolceGabbana, and turning it into a $425 T-shirt that, to be honest, we’re fairly sure no one will be buying unless it contains real diamonds or (scraping the barrel) a picture of Queen Bey’s new arrivals.

It was all rather tame and respectful – Twitter is usually where it gets really nasty – but The Cut reported that the duo didn’t take it too lightly and?commented on Cyrus’ post by threatening to sever his brand’s relationship with Braison: “For your stupid comment never more work with him.”

Dolce&Gabbana boycotts itself. #BoycottDolceGabbana t-shirts available from tomorrow on our Online Store. Photo by Nello Esposito

ICYMI: Condemning??Melania Trump Is Not The Answer

Gabbana also hit Instagram with his own post?to’reiterate that, for them, politics weren’t a part of their’decision when it came to dressing the first lady.

While the online reaction is praising Cyrus for keeping up the #TrumpResistance movement, it is worth pointing out that Melania Trump is not her husband. She’s been ineffective?as a First Lady thus far but attacking and condemning her for the views of her spouse won’t make her husband be any less Trump-like.

Perhaps the focus, just for today, should be on the real beef we’d like to see: Taylor Swift vs Kim Kardashian round II.