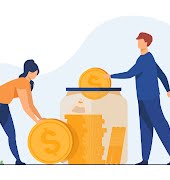 It’s a week for thermal underwear, hot water bottles and 15-tog duvets, as Met Éireann issues a five-day weather warning for the entire country. The warning will remain in place from 6 am on Tuesday, January 29, until 6 pm on Saturday, February 2.

The weather warning, which is for snow and ice, is ranked as Status Yellow. Forecasters say it will be a “very cold week” with scattered, wintery showers across the southwest, west and north of Ireland. What’s more, there will be widespread frost and ice each night, with snow expected on Thursday.

As you may have already noticed, Monday is bitterly cold. While there are lots of sunny spells, highest temperatures are stuck between four and eight degrees (at best). Icy west-to-northwest breezes make the air feel colder too.

Related: Here’s how you can keep the flu
at bay this winter

Showery rain, sleet and snow will clear eastwards into the Irish Sea on Tuesday morning, leaving a cold day with sunshine and wintery showers.

“The showers will be frequent in the southwest, west and north,” says Met Éireann, “and will fall increasingly as snow.” Maximum temperatures of two to five degrees are predicted, along with moderate-to-fresh westerly breezes.

Temperatures will drop as low as minus-three degrees on Tuesday night, with severe frost and icy patches expected. Come Wednesday, scattered wintry showers may lead to accumulations of snow on high ground.

As the week moves on, wintery showers will spread up from the southwest, bringing sleet and snow to many counties. Temperatures will average between two and six degrees; while fresh, northerly breezes will add a bite to the air.

The difference between yellow, orange and red warnings

The concept behind the yellow weather warning is to notify those who are at risk (either because of their location and/or activity), as well as to allow them time to take preventative action. Yellow weather alerts are for conditions that do not pose an immediate threat to the general population, but rather are something for people to be aware of.

Lastly, during a red warning, people should take action to protect themselves and/or their properties. Met Éireann says, “this could be by moving their families out of the danger zone temporarily; by staying indoors; or by other specific actions aimed at mitigating the effects of the weather conditions.”

For more information on this week’s forecast, visit Met.ie.