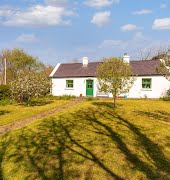 A Meghan Markle and Prince Harry biography called ‘Finding Freedom’ is set for release in August, according to Amazon

The book, titled Finding Freedom: Harry and Meghan and the Making of A Modern Royal Family, has promised to provide an “up-close portrait” on the royal couple.

The biography will be available to buy worldwide on Amazon.com on August 11, according to the website.

“For the very first time, Finding Freedom goes beyond the headlines to reveal unknown details of Harry and Meghan’s life together, dispelling the many rumours and misconceptions that plague the couple on both sides of the pond. As members of the select group of reporters that cover the British Royal Family and their engagements, Omid Scobie and Carolyn Durand have witnessed the young couple’s lives as few outsiders can.”

It also says it’s an “honest, up-close, and disarming portrait of a confident, influential, and forward-thinking couple who are unafraid to break with tradition, determined to create a new path away from the spotlight, and dedicated to building a humanitarian legacy that will make a profound difference in the world.”

Written by Omid Scobie and Carolyn Durand, the two secured an interview with the couple just before they left the United Kingdom for sunnier pastures in Canada (and now Los Angeles).

According to reports, Scobie, in particular, is close to the couple and was one of the few journalists given details of their call with the Queen on her 94th birthday.

For a couple so intent on reclaiming back some semblance of a private life, to release such a book seems a strange move but is not surprising either. Their treatment by some of the British press was a deciding factor in the couple’s decision to end their time as senior members of the royal family.

Indeed, news of the book comes just a little while after their announcement not to engage with certain UK tabloids after their frenzied coverage of the royal couple over the past two years was relentless and frequently steeped in racism.

“This new media policy is not about avoiding criticism,” according to their letter.

“It’s not about shutting down public conversation or censoring accurate reporting. Media have every right to report on and indeed have an opinion on the Duke and Duchess of Sussex, good or bad. But it can’t be based on a lie.”

Tabloids are already having a field day with news of the potential “bombshell” biography, but we can’t imagine Buckingham Palace will be too thrilled.

However, this young couple may well want the chance to take back their own narrative given the press coverage over the last couple of years, and what better way to do this than by releasing a book on their own terms?