Marian Finucane: 5 of her most maverick moments

Following the sudden death of veteran broadcaster Marian Finucane, we’re looking back on five of her most maverick moments

Marian Finucane, the veteran RTÉ broadcaster and journalist, died suddenly in her home on Thursday, January 2. Aged just 69, Marian had a long and varied career; first studying architecture in Bolton Street before joining RTÉ as a continuity announcer in 1974. She became a presenter two years later, and then went on to become the first host of Ireland’s most famous radio talk show, Liveline.

Most striking, however, was Marian’s incredibly maverick spirit. Never one to shy away from difficult subjects, she paved the way for women in broadcasting and stood up for what she believed in. In the hours following her death, those who knew her best described her as an intelligent, warm, charming yet inquisitive, courageous and legendary woman; someone who showed profound empathy and broke every mould.

Here are five examples of Marian’s most maverick moments:

At the age of 19, long before she considered a career in broadcasting, Marian Finucane was an architecture student campaigning for the preservation of Georgian Dublin.

In a clip from the RTÉ archives, we can see her being questioned by a journalist about why she’s spending Christmas week, 1970, cleaning doorposts at Stephen’s Green. “I feel it’s part of my responsibility to ensure that this building isn’t demolished. My responsibility, first of all as a student of architecture being helped along by the taxpayer, and as well as that, I feel as a Dubliner, I have a responsibility to the people in Dublin.”

In 1979, Marian went on to host Women Today, a radio show for women by women. By 1983, it was aired on RTÉ television – but Irish men weren’t too pleased about it.

Helen O’Rahilly, the director of RTÉ TV, shared an excerpt from Magill magazine in which men at the time expressed dissatisfaction with the ‘Channel 4-like’ show. “The reaction within RTÉ has been mixed,” it read. “It’s recognised that the team are professional and accomplished in themselves, that they would be good at whatever subject they were assigned to – but that recognition is tinged with unease.

“For some men,” the extract continued, “this is real ‘Channel 4 stuff’. Others are ‘worried’ that this is a further manifestation of 15 years of women pushing, pushing, pushing. One man felt ‘like a black’.”

Helen O’Rahilly went on to tweet, “Women were ‘not allowed’ into the RTÉ Radio control room (in the early days). Were they afraid that ovaries would mess with the signal? How ludicrous.”

Marian Finucane pushed past those boundaries, paving the way for female broadcasters today.

In 1980, RTÉ’s The Late Late Show examined the representation of women in the media. The issue had been raised after a report (which was submitted to the RTÉ Authority), said Marian Finucane would never present the televised talk show.

That very same week, Late Late host Gay Byrne gave his presenter’s chair to Marian. Naturally, women in the audience responded with a roar of applause. 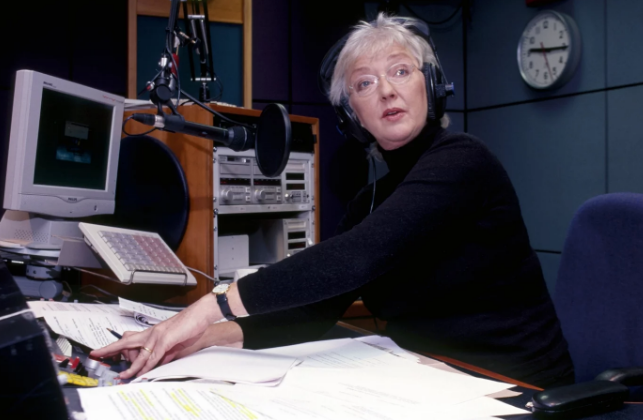 After Liveline, Marian went on to host a weekend radio show called The Marian Finucane Show on RTÉ Radio One. Despite warnings of low listenership on Saturday and Sunday mornings, Marian’s radio slot quickly became one of RTÉ’s most popular formats.

“Everyone thought I was mad,” the late broadcaster told the Irish Times in 2010, but it was Marian who had the last laugh, with her programme reaching an estimated 374,000 listeners. 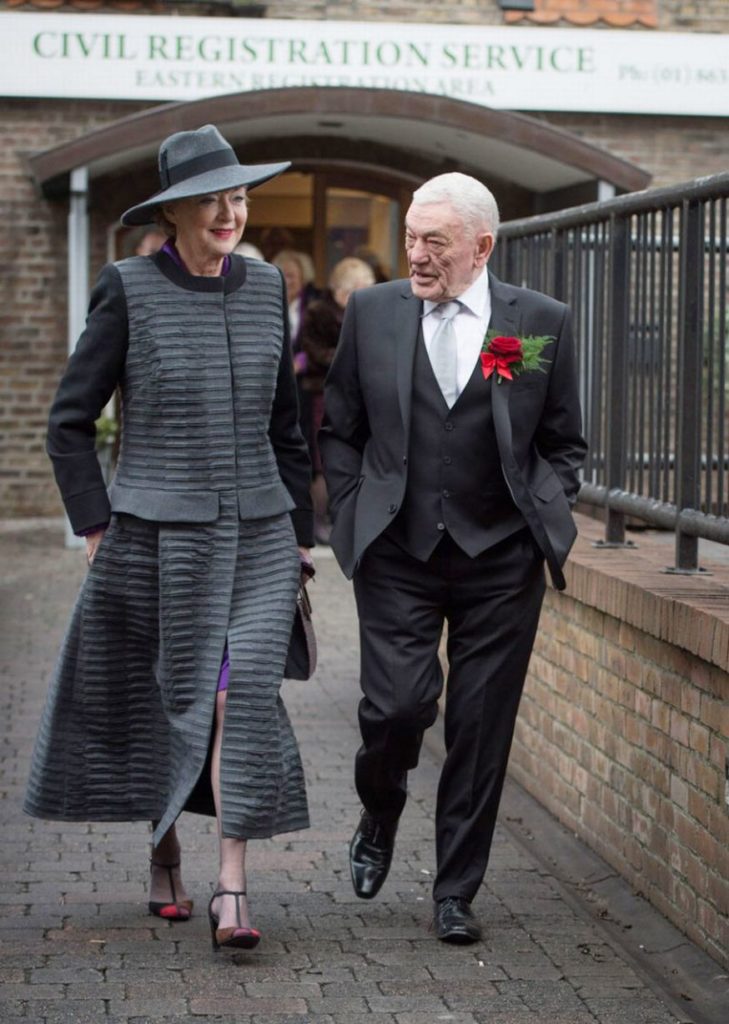 There’s no denying that Marian was the type of woman who liked to do things her own way; namely, privately.

In 2015, she surprised fans and colleagues when she married her partner, John Clarke, in a quiet Dublin registry office. The couple, who had been together for over 30 years, arrived discreetly in their family car.

Marian wore a grey and black fedora-style hat with a matching coat, under which she wore a knee-length purple dress. Meanwhile, her groom wore a classic three-piece suit.

Read more: 5 of our favourite interviews by Marian Finucane