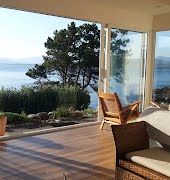 Would you spend upwards of €15,000 a year on your child’s education? A surprising amount of parents are doing exactly that. For those of us who went to community school (free, apart from the so-called ‘optional’ contribution fee of a hundred quid) the idea of spending that amount of money on one year of schooling seems absurd. So why do it?

Proponents cite an unrivalled quality of education and the opportunity for a child to develop valuable life skills. Still, the whole concept seems otherworldly to many of us. For some, the term ‘boarding school’ summons up an image of cold dormitories, with steel bed frames and strict army-like rules. Others imagine the warm, cosy dormitories at Hogwarts School of Witchcraft and Wizardry. Either way, neither can be compared to the comforts of home, right?

Living away from home

Well, wrong. Elle Gordon had a remarkably positive experience at boarding school. With a mix of both friendship and adult support, she felt very well looked after. “When I was in school there were either four or six people in a dorm, and it was good fun most of the time,” she tells me. “It is quite like a permanent sleepover – you are hanging with your friends all day long. As boarders, we had a house mistress or house master, so there were people who were in charge, but also just looking out for you.”

“You live with these people 24/7, so they become your family…”

Elaine Farrell also had a warm boarding experience, largely due to the close relationships she formed with her classmates. She was a pupil in the early seventies and says, “I met very good friends during this time and we’re still very good friends 43 years later. You live with these people 24/7, so they become your family and very strong bonds are formed.”

Ruby, a sixth-year student attending boarding school in Dublin, also relies on her friends for support. “Our house parents are also our teachers, which can be difficult for both teacher and pupil. You don’t necessarily want teachers knowing about your problems, so I tend to rely on the shoulders of friends. It helps us to mature and develop an understanding of people and their needs,” she says.

Strong bonds of friendship are essential in boarding school because pupils can sometimes go weeks without seeing their family. Elaine admits it took some getting used to. “The initial settling in period took about two weeks,” she says. “When I was there you were only allowed home once every term apart from holidays, but overall my time there was very pleasant.”

Elle confesses she had “a bit of a pang waving goodbye to my mum” on her first day, but she quickly became too engrossed in school life to feel homesick. “Like anyone in school you’re busy and you’ve work to do,” she explains – but her school offered a bit more freedom than Elaine’s did. “I went home a lot and sometimes my mum would come up. When I was there it wasn’t compulsory to stay up at weekends. You could leave on a Saturday at lunchtime (after Saturday school) and come back on Sunday night for roll-call.”

“There was never any messing or trying to get into the guys’ dorms. We were more like family than anything else…”

Free time is an important part of boarding school life. Lisa Carroll attended a mixed boarding school in Limerick during the noughties and she filled me in on what evening times were like for her. “We had about two hours of free time after school. Most people either practised music, sat around catching up, played sport or watched TV in the communal room where all years could hang out together. The dorms were closed for those two hours, and after dinner they’d re-open. We had dinner in the study/dining hall and sat with our own year, then we’d go up to the dorm to change our clothes and chill for a while before coming back down for supervised study which went on for two and a half hours.”

The fact that Lisa’s boarding school accepts both male and female students might surprise some people, as boarding schools in Ireland are traditionally same-sex. Parents who’re concerned about teens sneaking around a mixed boarding school at night, can breathe a sigh of relief. According to Lisa, there’s nothing to worry about. “There were about 20 boarders in my year between boys and girls, split between two dorms, obviously. There was never any messing or trying to get into the guys’ dorms. We were more like family than anything else, so there was never anything for the dorm-managers to worry about,” she says.

Participation in extracurricular activities is encouraged at boarding school, which Elle says was a huge factor in her parents’ decision to send her to one. “My dad was taken out of school at a young age to work, so he didn’t get to complete secondary school. He’s done very well for himself – he has a farm and his own business – but he wanted his kids to get what he felt was a great education. There were brilliant sports facilities at my school and loads of great classes such as music lessons and speech and drama.”

Related: Why my daughter won’t start school
until she’s five and a half

Similarly, Lisa’s school pushed pupils to get involved in lessons outside of the classroom. “Although run by a strict principal at the time, my school had a really free-spirit atmosphere and was very supportive of music and art, with less emphasis on sport and typical academia, as would’ve been the case in other schools. As a result, everyone was pretty creative and expressive, and this made fitting in much easier.” Ruby says, “I’m involved in hockey – there’s training on Mondays and Thursdays and we have matches on Wednesdays. I’m not going to lie, it’s all go during the week. I feel like I don’t stop. I like it though.”

With such a variety of classes on offer, you’d be forgiven for wishing you’d been enrolled in a boarding school yourself.

However, places are limited and demand is high. A recent report by the Irish times said enrolment in boarding schools is increasing so much that potential students are being turned away. The demand for places in these prestigious schools simply cannot be satisfied because so many of them have closed down in recent years. There are just over twenty boarding schools still open around the country. Many were forced to close because the cost of running became too high, while others managed to stay open by accepting day pupils for a fraction of the boarding fee.

“You get what you pay for – parents have a choice and they want to invest in their children’s education, the greatest gift they can give.”

But why are they so expensive? It boils down to the teachers. Unlike schools where the government pay the teachers’ salaries, private schools must cover that expense themselves. As well as that, boarding schools tend to be frightfully old buildings (sometimes hundreds of years old), needing regular maintenance and repair work. These costs are reflected in the school fees. Still, many feel it’s a price worth paying. The newspaper report mentioned above notes that fees have risen by an average of 4% this year alone, with Barbara Ennis, principal of Alexandra College saying, “You get what you pay for – parents have a choice and they want to invest in their children’s education, the greatest gift they can give.”

Now in her final year of boarding, Ruby has some thoughts about the quality of education available to her. “Some of my teachers are very inspiring and they seem really passionate about their subject. I believe that teachers are responsible for their students’ interest, which is why I’m so happy to have the teachers I do.”

Related: Related: Catholic schools can no longer
prioritise children based on their religion

Ruby also notes that there are excellent study facilities available to her as a sixth-year student. She has constant access to a quiet study area and can take breaks whenever she feels she needs them. The main change she’d like to see implemented is a boundary between school-life and evening boarding. “People’s homes are not run like school, therefore boarding school shouldn’t be either. One big change I would make would be no uniforms after classes have ended.”

So is it worth it? Jenny Maxwell-Deane thinks so. Her daughters are now attending the same boarding school she went to in Raphoe, County Donegal. “We currently have three girls there – in 5th year, 2nd year and 1st year. We sent them because I had a positive experience there myself and understood what it entailed,” she tells me. “You can learn a lot about yourself – patience, kindness, tolerance, acceptance of others, respect for other people’s space, and how to keep your own space in the dorm tidy. You learn to appreciate home more and you make friends for life.”

“It gives kids a greater sense of responsibility and an idea of adult life.”

Lisa stands by that sentiment too. When asked if she’d send her own children to boarding school, she says, “I think so, if they wanted to board. It gives kids a greater sense of responsibility and an idea of adult life. In my experience, you’re treated as an adult and encouraged to behave as one, as opposed to lots of day-schools where teachers rule the roost and treat all students (including senior students), like children.” She adds, “Having lived with people in college and as a young professional, I’ve seen so many who can’t take care of themselves or of their houses, don’t wash their clothes or keep things neat and tidy. When you’re a boarder, these things are second nature, and while some of those life skills may not be obvious, they are definitely important!”

Elaine notes that boarding schools are particularly handy for parents who work long hours. “In today’s society where both parents are working high-powered jobs, sending children to boarding school can guarantee them a good education and a very comfortable lifestyle.” It eliminates the need to organise the school-run and childcare, while your son or daughter is being cared for in a safe and structured environment. That was the case for Ruby and her parents. “I moved to boarding school when I was in second year because my parents weren’t home much. They both have jobs that require a lot of travel and they didn’t want me to be home alone at that age. While I was a bit upset at the start, I’ve always liked the idea of boarding and the people in my year were really friendly.”