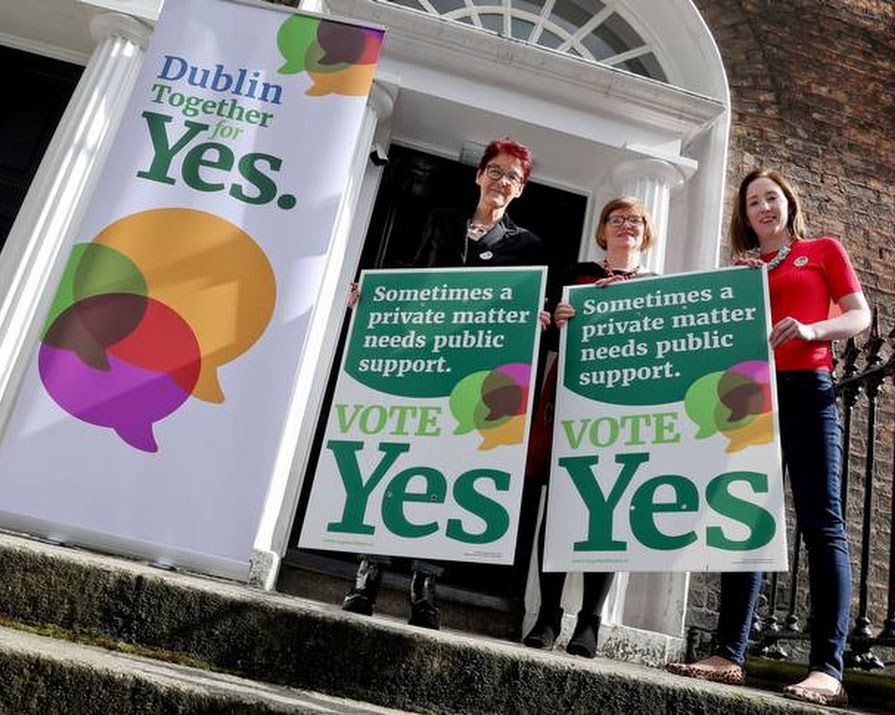 ‘Together For Yes’ campaigners Grainne Griffin, Orla O’Connor and Ailbhe Smyth have made TIME magazine’s 100 Most Influential People.

The three women are listed in the “icons” section.

In her piece about the Together for Yes campaigners, published on Time.com, Irish actor Ruth Negga describes their determination as “breathtaking”.

“Together for Yes, the campaign to repeal the eighth amendment to the Irish constitution, put the Mná na hÉireann (women of Ireland) front, centre and in control of their own bodies and rights like never before.

“It was breathtaking to witness the determination, intelligence and sheer hard work of its leaders Grainne Griffin, Ailbhe Smyth and Orla O’Connor, who mobilized people of all different backgrounds in the lead-up to the vote. They put the experiences of women and the needs of their country first.

“Their incredible tenacity and integrity and courageousness will be an inspiration for generations to come,” she wrote.

Honoured and thrilled for all who fought so hard for #Repealedthe8th and so proud of the people of Ireland. Tremendous boost for global #ProChoice movement. TFY co- directors among ?@TIMEMagazine_? 100 most influential https://t.co/8tGIs41pNf

In response to the news, Ailbhe tweeted, “Thrilled and more than a little overcome. This is for all who fought over decades – thank you – and for those fighting for our basic freedom globally.”

Thrilled and more than a little overcome. This is for all who fought over decades – thank you – and for those fighting for our basic freedom globally #ProChoice . https://t.co/qUYTFMZKDf

Ailbhe is a long time campaigner and former head of Women’s Studies at UCD. She was a member of the Strategic Executive of the referendum campaign for marriage equality in 2015. In 2014 Ailbhe co-founded and is now Convenor of the Coalition to Repeal the Eighth Amendment, a broad cross-sectoral platform of over 100 organisations and groups.

Orla tweeted, “Being included on the #Time100 list, alongside @ailbhes and @gragriffin is such an honour, and it belongs to everyone in @Together4Yes, particularly to the women and couples who shared their stories to bring about change in Ireland.”

Being included on the #Time100 list, alongside @ailbhes and @gragriffin is such an honour, and it belongs to everyone in @Together4Yes, particularly to the women and couples who shared their stories to bring about change in Ireland. https://t.co/5RXBxHzJ3I

Grainne is a founding member and Board member of the Abortion Rights Campaign (ARC), a grassroots, volunteer-led, nationwide movement for access to abortion care in Ireland, established in 2013.

Orla director of the National Women’s Council of Ireland (NWCI), the leading national women’s membership organisation with over 180 member groups. She has worked in senior management in non-governmental organisations and led numerous campaigns on a wide range of key issues for women, including domestic and sexual violence, social welfare and pension reform, and for the introduction of quality and affordable childcare.

We are so honoured to have our Director @OrlaNWCI on the #Time100 list alongside @ailbhes and @gragriffin. Women’s rights are always hard fought, and hard won. This is an important recognition of the work of women, the women’s movement and @Together4yes. https://t.co/hIhhyanEuA

The full list of winners can be seen on time.com.

Women’s rights activist on the monumental year gone by… more