Unless you dropped off the earth for a while, there’s probably little chance you didn’t see Caitlyn Jenner reveal her brand new self on the cover of July’s edition of Vanity Fair recently. It was a huge moment for Caitlyn and her transition into a female was widely praised by the transgender community, celebrities and people alike. Fair play to her, she did look absolutely stunning.

With all that commotion and messages of support from his daughters and family, the one person we didn’t hear anything from was Caityln’s now ex-wife, Kris Jenner. In what must have been a very difficult thing to process and deal with, Kris maintained what we think is a very dignified silence throughout, despite the gossip columns saying otherwise.

She has finally spoken about the much-talked about cover, and we must admit, we were more than pleasantly surprised with her lovely response.

?I think it’s amazing,? said Kris at a party at Cannes. ?I think that someone following their dream is truly inspirational to a lot of people?. you have to do what makes you happy.? She added that she hadn’t read the Vanity Fair interview, but said the cover was ?beautiful.? 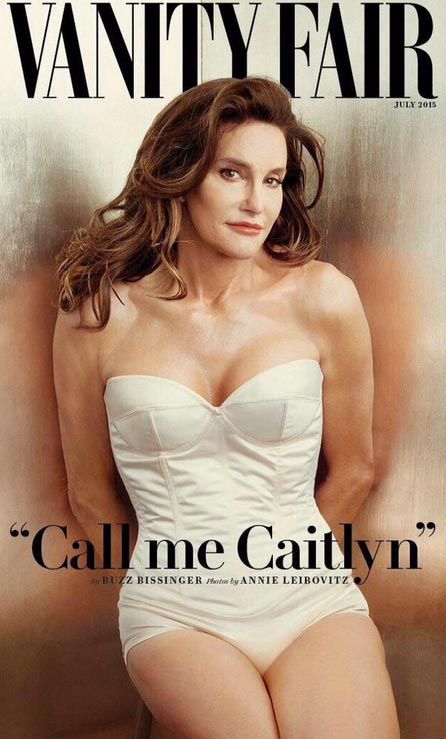 We really think that’s such a genuine response. Kris gets painted a lot of different ways in the media, but we have to hand it to her for that.

It must have been a tough time for Kris, as well as Caitlyn. She was married to Caitlyn (formally Bruce of course) for 25 years after all, and they raised a family together, so when Caitlyn announced her intention to transition fully into a female, it can’t have been an easy thing to deal with, even if they had separated at that point.

It’s not the first time Kris has mentioned her support of Caitlyn though; she tweeted this after Caitlyn’s interview with Diane Sawyer back in April:

And Caitlyn tweeted this regarding Kris after his Vanity Fair interview was done, acknowledging all the happy times the couple had together:

Reading the VF article reminded me of the love & good times Kris & I shared for so many years. Wouldn’t trade that time for anything!

After all is said and done, it’s nice to see the two are still on good terms. We’re feeling the love.