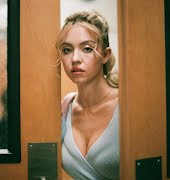 Save the date: Our first Business Club live event is here

KFC to introduce ‘vegetarian chicken’ to its menu

KFC, the chicken-only fast food chain, has announced it will trial a vegetarian chicken option across its UK stores this year. If everything goes well, they plan to make it a permanent menu option next year. The news comes after a recent promise to cut calories per serving size by 20% come 2025. It’s believed the new meat-free option will be healthier than the current chicken offering (excluding the large fries, gravy and soft drink, of course).

In a statement released to FoodBeast.com, a KFC spokesperson said, “Development of the recipe is still in its very early stages, and so the options we’re exploring in our kitchen are still top secret. Once we’ve perfected the recipe we aim to test with customers this year, and if all goes well, we hope to launch a new vegetarian option in 2019.” Although it’s not confirmed, reports suggest the veggie option will be coated in the restaurant’s famous “finger-licking good” 11-spice seasoning.

With consumers becoming more health conscious, KFC is eager to provide them with what they want. The brand’s head of food innovation Victoria Robertson said, “We know people are more passionate than ever about eating well, and we face a big challenge in shifting their perceptions of what we offer. This is about providing choice, and offering delicious, signature KFC taste that just happens to be lighter,” she explained in a statement in May.

While a more varied menu seems to be a good thing, the idea of ‘vegetarian chicken’ being sold alongside real chicken is creating mixed opinions. One person tweeted, “No self-respecting vegetarian would eat at KFC,” while another said they’re excited by the launch.

don’t bother. no self-respecting vegetarian would eat at KFC.

Stories of KFC creating a Vegetarian option.. I for one will be all over that.. #ExcitedMuch ?

KFC isn’t the first fast-food restaurant to introduce a veggie option. In January of this year, McDonald’s added the McVegan sandwich to its permanent menu in Finland and Sweden. In the first month, over 150,000 of the soybean burgers were sold. Given its success, KFC might be in luck.