When one of the most famous women slash princesses in the world decides to do her first official magazine shoot, you know it’s going to be a big deal. And you don’t get much bigger than British Vogue. The Duchess of Cambridge was announced as the cover star for the publication’s centenary issue this weekend. Princess Diana was described as the “ultimate?Vogue cover girl” in her lifetime and 19 years after her first cover, it’s Kate’s time to shine as the royal successor.

She is the most senior member of the Royal family to appear on the cover of? the magazine since Princess Diana, who featured on four covers, including a posthumous appearance in October 1997. 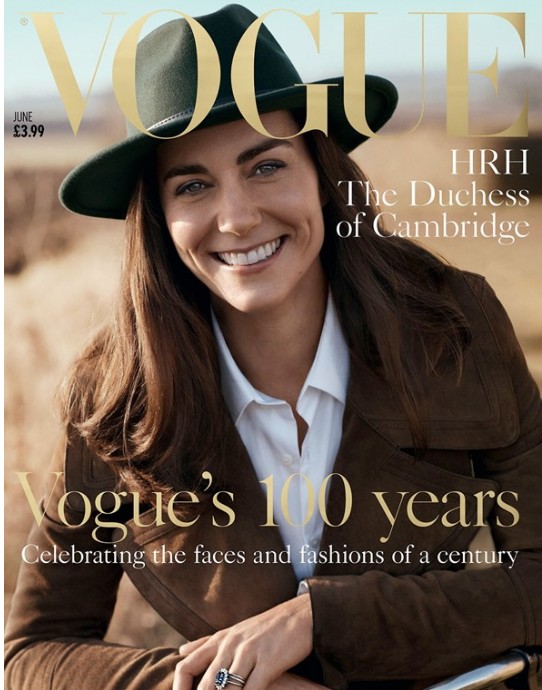 All?images are via British Vogue

The pictures were photographed by Josh Olins?in the Norfolk countryside and the Duchess was deliberately’dressed in “casual clothes rather than adopting a more formal approach,” from designers such as Burberry to Petit Bateau and according to editor-in-chief Alexandra Shulman, it was also the first time Kate allowed a professional make-up artist – in this case Sally Branka – to prepare her before the shoot as Kate reportedly?wanted to look as relaxed and natural as possible.

Shulman described her collaboration with The Duchess as one of her “greatest ambitions for the magazine.” 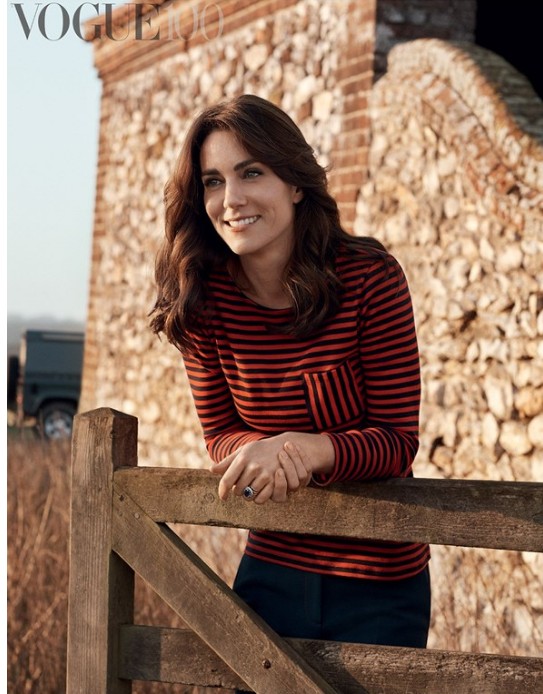 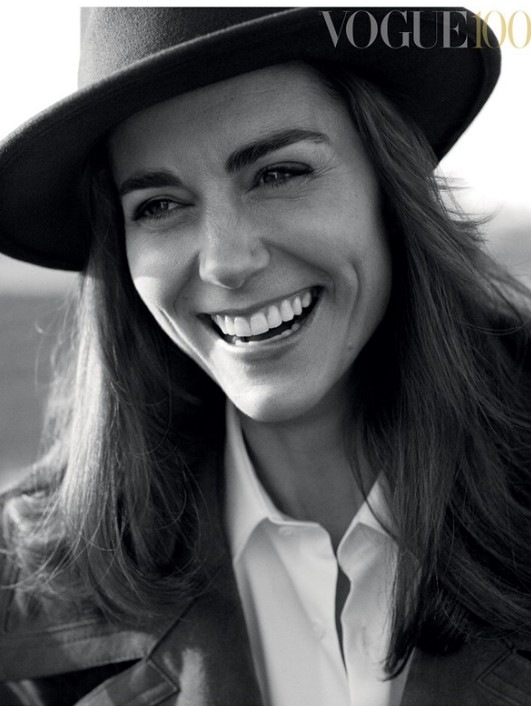 The Duchess is also being praised for her skills behind the camera today, as The Royal Family have released new photos of Princess Charlotte, ahead of her first Birthday, taken by Kate as usual. We included them below, because you know, the Royal children are too adorable. All together: Aww!

The Duchess took these pictures of her daughter in April at their home in Norfolk. pic.twitter.com/dzPlj1snhN

We hope that everyone enjoys these lovely photos as much as we do. pic.twitter.com/PqZnnQyX9h

The Duke and Duchess are happy to be able to share these family moments, ahead of their daughter’s first birthday. pic.twitter.com/JziskTyCq4