Jeffrey Epstein, the near-billionaire businessman accused of sex trafficking died of an apparent suicide while in prison a week ago. The cynicism over his ‘convenient’ death that followed has opened a new and very distracting narrative, writes Amanda Cassidy

‘ I told you so. They killed him. I doubt he’s dead.’ The rants across social media implied something a little sinister had taken place resulting in the death of the man accused of being a sexual predator. This was a man with a private island, a jet, submarine, and countless mansions where he entertained the elite which included the Queen’s son, Prince Andrew, and countless tycoons from entertainment.

The holes in the story didn’t help.

There was no video footage of the incident which took place in a New York City prison, jailers were ‘asleep’ when they should have been checking on him, and Epstein had been taken off suicide watch just days before the incident where he was found hanging in his cell.

Related: Will Epstein’s victims ever get justice?

“An imagined story about his death highlighted instead of the real plight of all those he’d hurt”.

Taken in context, his suicide came as little surprise to many. As author Walter Krin wrote in the New York Times, “To take the sudden death of such a man in stride — a man whose alleged misdeeds cast him as a veritable pimp to the elite, not to mention a monster in his own right — would be a bit irrational, I think, even if it had happened in Times Square at noon on a clear day. Yet Mr Epstein died in a locked room guarded by agents of the same establishment, the same power structure that he so broadly and horribly corrupted.”

Then came the talk of body doubles, swaps and hidden passages…still nothing about what all of this would now mean for his victims. An imagined story about his death highlighted instead of the real plight of those he’d hurt.

In 2008, Epstein pleaded guilty to a felony charge of solicitation of prostitution involving a minor. He served 13 months in prison and was granted work release, which allowed him to commute to an office outside the jail six days a week. He also had to register as a sex offender. His glib remarks upon his release are telling; “I’m not a sexual predator; I’m an ‘offender,'” he told the New York Post in 2011. “It’s the difference between a murderer and a person who steals a bagel.” 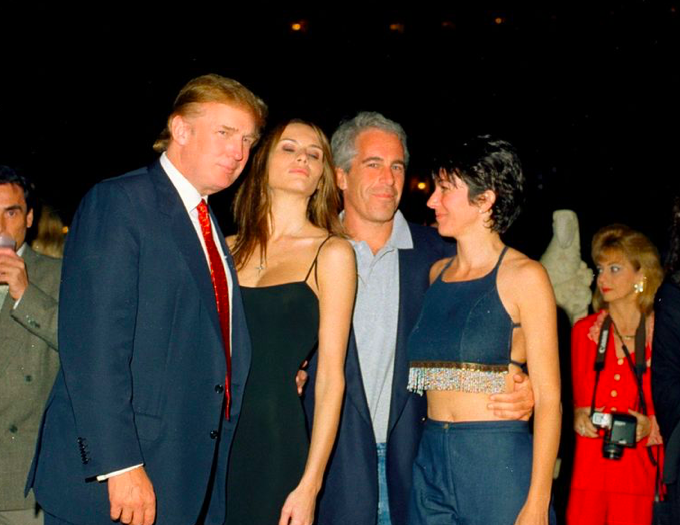 The 2008 deal meant any potential co-conspirators were also shielded from prosecution.

The new sex trafficking and conspiracy charge which was issued on July 8th this year charged Epstein with one count of sex trafficking of a minor and one count of conspiracy to commit sex trafficking. It says “over the course of many years, Jeffrey Epstein, the defendant, sexually exploited and abused dozens of minor girls at his homes in Manhattan, New York, and Palm Beach, Florida, among other locations.”

Here, the word ‘girl’ is key. Too many in the media have continuously referred to his victims as ‘underage women,’ as if girls, and teenage girls, in particular, are just women in a kind of disguise.

But who was this American financer? And where do investigators go from here?

“It is even said that he likes beautiful women as much as I do, and many of them are on the younger side.” – Trump

Jeffery Epstein began his careers as a maths teacher before joining investment bank, Bear Stearns in the 1970s. He went on to set up his own company, marketing his services to those with assets worth more than a billion dollars.

Although having the appearance as a very wealthy individual, according to Forbes, the source of his money was always considered obscure. He also had some pretty disturbing beliefs. The New York Times discovered that one of his ambitions was to impregnate multiple women (his plan mentioned 20 women)  in a bid to spread his DNA. His ranch in New Mexico would be the base for this particular operation.

But it was his relationship with high profile politicians and celebrities that caught the attention of the media. Donald Trump told the New Yorker in 2002 that “I’ve known Jeff for 15 years. Terrific guy. He’s a lot of fun to be with. It is even said that he likes beautiful women as much as I do, and many of them are on the younger side.”

Trump has since distanced himself from the financier.

Bill Clinton’s PR team also issued a statement clarifying his relationship with Epstein. “President Clinton knows nothing about the terrible crimes Jeffrey Epstein pleaded guilty to in Florida some years ago or those with which he has been recently charged in New York. In 2002 and 2003, President Clinton took a total of four trips on Jeffrey Epstein’s aeroplane: one to Europe, one to Asia, and two to Africa, which included stops in connection with the work of the Clinton Foundation.”

“We are part of a culture that still writes girls out of its stories”.

Have you noticed I haven’t once mentioned the victims, the young girls that may have been exploited, trafficked, pressurised, raped? Have we forgotten that sex with underage women is rape and child abuse? The sordid headlines, links to celebrities and conspiracy theories have ensured that the ugliest part of this story has been forgotten. The victims, simply an afterthought in a particularly juicy story.

Jena-Lisa Jones told ABC News that she was devastated that Epstein escaped judgement. “I am extremely mad and hurt thinking he once again thought he was above us and took the easy way out. Jones claims that Epstein abused her when she was 14. 32-year-old Jennifer Araoz who accused Epstein of rape also spoke out;“We have to live with the scars of his actions for the rest of our lives, while he will never face the consequences of the crimes he committed, the pain and trauma he caused so many people.”

We’ve seen this time and time again. Real crimes, hidden behind headlines that shout about suicide attempts, meetings with royals and dumb details about submarines – a culture that still has no qualms about writing girls out of its stories.

Prosecutors have vowed not to stop the child sex abuse investigation that led to his arrest last month. The truth may be lost along the way, but Epstein’s flashy lifestyle lingers even after his death – his fall from glory grabbing more attention than the underage girls he paraded like toys.

Read more: For rape culture to stop, we must speak out

Read more: How to spot a narcissist