Most cancer memoirs are stories of survivorship. Then there are the smaller collections of the memories written by someone whose loved one died from cancer – which are survivorship stories in themselves. Rarely do you find a memoir written by a person dying of cancer. Amanda Cassidy looks at three very courageous stories of how words of love can transcend death, and the comfort it can bring to those closest.

The posts on Rachael Bland’s Instagram page are the usual mix of showcasing family holidays, her delight over her new hair extensions and images of her out with the girls. The BBC newsreader’s positivity also extends to her life outside social media. But Rachael is fighting an uphill battle with cancer and her prognosis makes for pretty grim reading. 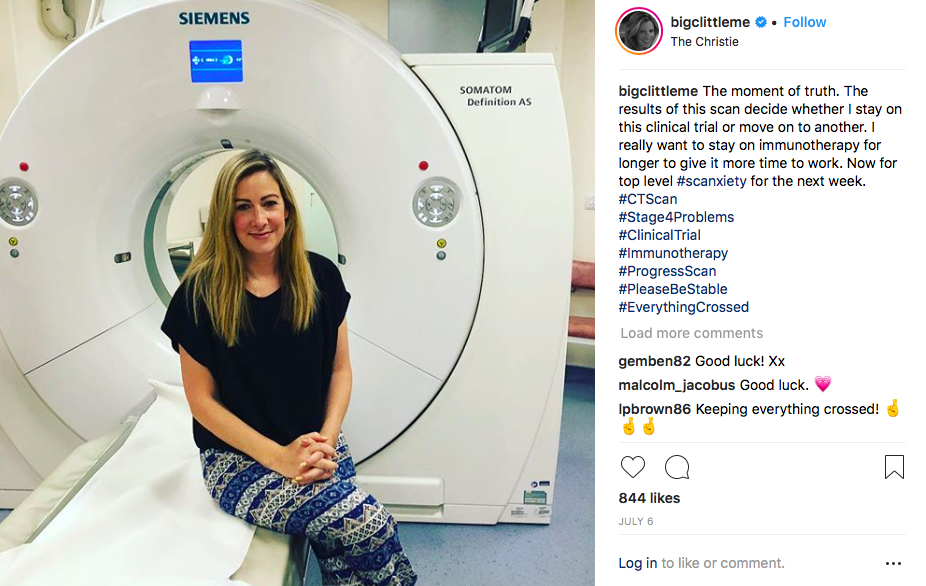 The 40-year old has charted her journey battling the disease on her popular blog, Big C and Little me. Now Rachael is starting to come to terms with the reality of her three-year-old son growing up without her. “The oncologist was suitably grim-faced as he delivered my latest results. The cancer had spread around multiple lymph nodes in my upper body, into my skin and now into my liver. We still had some hope of holding back the tide for a while, but no one survives metastatic breast cancer long term. For many women, breast cancer is now a very treatable disease: almost 90 per cent survive five years or more. But mine was the most aggressive form, triple-negative, which isn’t hormone-driven so there are no drugs to reduce the chance of recurrence.” 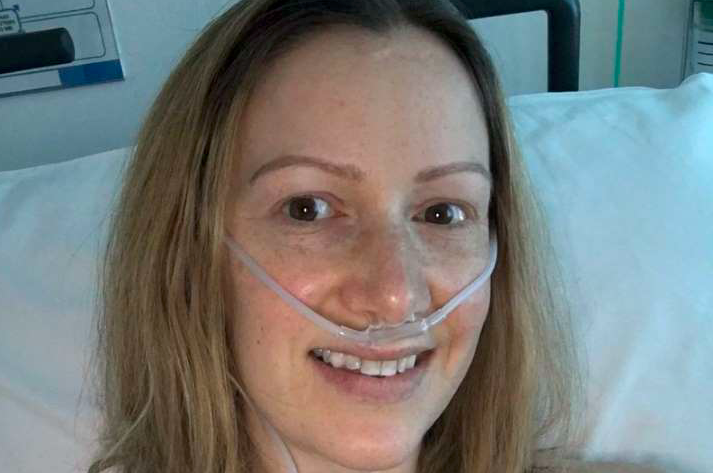 In a tear-jerking interview this week with The Telegraph, Rachael opens up about how she is coping with her illness. “Even when things are really bad, you’ve still got to have some hope. If you’ve got treatment options then you’ve got a chance. I’ve not asked how long I have left, because I don’t want a number in my head that I’m counting down to. It’s only ever a best guesstimate – but I’ve got less than a year.”

Related: Life after loss: How one mother learned to let her baby go 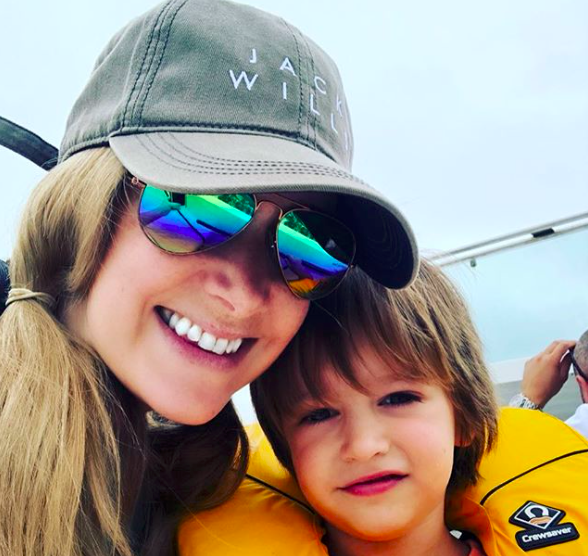 In her beautifully written blog, Rachael writes about scan anxiety or ‘scanxiety’ as she calls it and gives other women advice about living life with cancer. She set it up because she believes that being diagnosed with cancer can be a frightening and lonely time and she wanted to reach out to others going through the same emotions and feelings. The mother of one also has a podcast called You, Me and the Big C where she described the emotional moment she realised she was probably not going to win her battle with the disease.

“I was at the ice cream farm with Freddie and some of his little pals. My heart raced as I answered it, knowing a phone call did not bode well. Then came the words, ‘I am so sorry, it’s bad news. The biopsies have come back showing the same cancer is back and is in the skin’. I watched my little Freddie innocently playing away in a tyre in the barn and my heart broke for him. 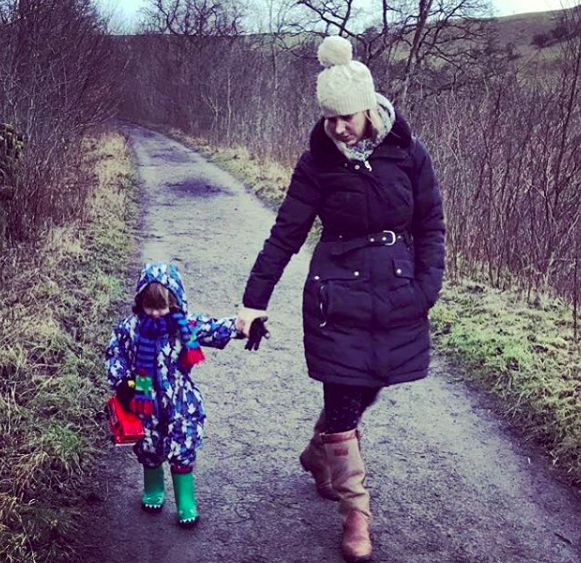 ‘I scooped him up and dashed home and then had to break Steve’s heart with the news that my cancer was now changing and therefore incurable. I hugged my beautiful son, Freddie, and told him I was so sorry. I felt so guilty to think I’d be leaving him without a mother.”

Growing up without mummy

Rachael has now made the decision to write a memoir for Freddie but admits it is now a race against time to get it finished. “He’s so young, I’m not even sure he’ll have any memories of me as he grows, but I so wanted him to know me and the kind of person I am. I’m not scared of dying. I only fear for those I leave behind. For my darling Freddie, who’ll be three next month, for Steve and our families. Even now, knowing the “no options left” conversation is coming, I can’t crumble and fall to pieces. I have to suppress a lot of the darkest thoughts about Freddie growing up without his mummy around. If I didn’t, I wouldn’t be able to enjoy the precious times we have left together.”

Psychologist Dr Matthew Alessandri is from the University of Miami. He says writing a memoir can be a way of taking back control of a very uncontrollable situation.“ A diagnosis of cancer can be frightening and life-altering, especially if the diagnosed type of cancer grows quickly or has already spread to other parts of the body. A person diagnosed with an advanced stage of cancer may begin to think about approaching the end of their lives.

Often writing or deciding to leave a guide for loved ones is a way of taking back control – a way of channelling the emotional fallout of anxiety, anger, confusion and resentment that may result in receiving news of their illness. It is a coping mechanism that also happens to bring a great deal of comfort to those left behind after a bereavement.

‘I know it off by heart’

19-year-old Rebecca is originally from Cork and is now studying electrical engineering in UCD. Her mother passed away when she was just 12 years old – a time when she says she probably needed her mother most. She’d battled lung cancer bravely for four years. “That was a time of huge transition in my life, not only was I starting secondary school but I was in and out of the hospital with my mum. I was scared, angry and trying to make new friends. I knew my mum was just as worried about me and my sister, even though she was so sick. We were both in this cycle of concern for each other. It was seriously tough. 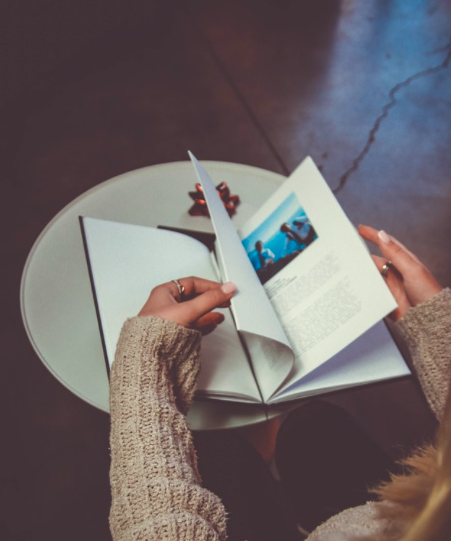 Rebecca’s mother made the decision to write a scrapbook for Rebecca and her sister, with funny anecdotes, advice for the future and a round-up of the girl’s lives to date. “So many of my friends get to ask their mum – what was I like when I was little? I can’t do that anymore. My mum’s words jump off the page and keep those memories alive. It’s like my little bible – I consult it all the time just to feel near to her. To be honest, I know most of it off by heart now. I wish there was more. I am so grateful she did this for us, even though she was so sick. My heart breaks for all the effort she put into it and how hard it must have been for her knowing she’d never see us grow up.”

Rebecca now hopes to continue writing the scrapbook and says it is something she hopes she can pass onto her own children eventually– so that they can learn more about their grandmother. “Even though my mum isn’t around, I feel like the keeper of her words and her memories.

“I now have the responsibility for making sure she is always in our lives, through her writing and so my future children can learn a little bit about how amazing she was.”

Related: Things fall apart: ‘How I came through the overwhelming sadness of grief’

The disease can invade my body but not my mind 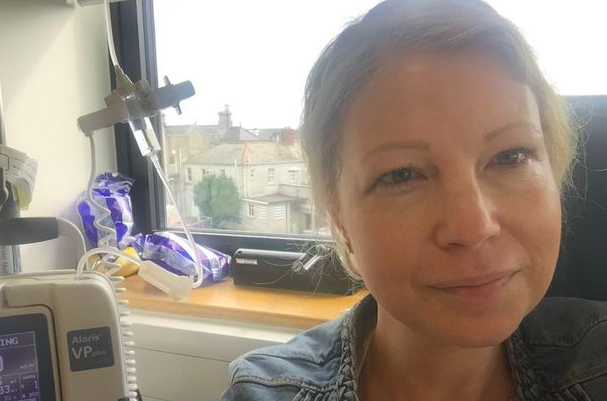 Irish author, Emma Hannigan was just 45 when she passed away in March. The popular fiction writer, blogger and Breast Cancer Ireland ambassador, was from Bray in Co Wicklow. Emma too had a long battle with cancer. In 2005, she discovered that she has the BRCA1 gene mutation which carries an 85% risk of developing breast cancer and a 50% chance of developing ovarian cancer. Emma decided to go ahead with preventative surgery to minimise her risk (down to 5%) In 2006, she had a double mastectomy as well as having her ovaries and fallopian tubes removed. Despite the measures taken, in 2007 she was diagnosed with breast cancer. Over the years, Emma wrote about her gruelling treatment in great detail and always worked hard to dispel the fears around cancer and spread hope about new treatments. Until her last terminal diagnosis, she always remained optimistic about her treatment for cancer.

After her death, Emma also chose to leave words of comfort behind for those who loved her most. She wrote her own eulogy which was ready by Fr Gerry Byrne at her funeral service in Foxrock church. She told her children, 18-year-old Kim and 15-year-old Sacha. “I hope you know that I will always be in your hearts and you will be in mine. I can hold my head up and say that I never had a day where I felt lonely or as if I had nobody to turn to. I never felt on my own. My cancer fight was up there for all to read on Facebook or through my blog. The peer to peer support that I received there was priceless. I had such loyal readers and followers who took my hand and walked along by my side. 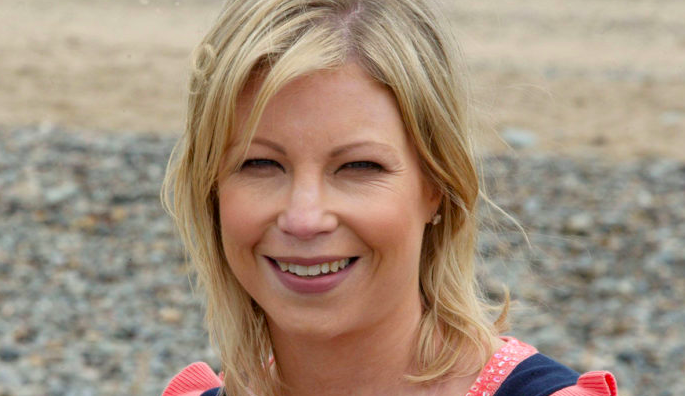 Emma also wrote about her sadness at having to leave those she loved behind. “I could go on and on forever and I wish I had the time but that’s where I am falling short. To each person I met along my way – thank you; thank you for helping to shape my life. I have no regrets, only that I have to leave right now. But they say that all things happen for a reason. I don’t want to go looking over my shoulder or waving my fist in anger. That was never my style.

“Farewell. Look after each other. Be kind. Be happy. Be grateful. And most of all, be yourself. Life is short. It is so very, very precious and it’s not a dress rehearsal. Thank you all for making my life so amazing. I’ll watch over you and please know that I am never truly gone. I will live on in the sparkles in your heart.”

You can find information and support from the Irish Cancer Society here.

My life-changing story: ‘Having my oesophagus removed was unspeakably traumatic but it saved my life’