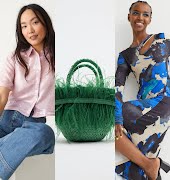 “I look at my mum’s old house on Google maps street view, the house where I grew up. It says ‘Image captured May 2009’. There is a light on in her bedroom. It is still her house, she is still alive. I am still visiting every few months on the train to Bodmin Parkway. Her little pink car will still be in the garage, but I will have taken a taxi from the station and when it arrives she will be standing in the doorway, smiling and waving, smaller than the last time I saw her.

“We will play Scrabble and watch Tipping Point and there will have been no pandemic, no other deaths, as-yet-undiscovered illnesses. And I won’t know how perfect it is and I wouldn’t go back and say that even if I could because sometimes it is best not to know.

“I take a screen print of the house, with the light on, because it won’t last forever and one day the Google van will go back down that street and replace her house with someone elses’ and though there may be a light on in the window, it won’t be her.”

These are the heartbreaking words of writer Sherri Turner who started a viral thread on Twitter about how bittersweet it is to happen across an image captured by the Google Maps van that showed a time when someone you loved was alive.

It’s prompted an outpour of other similar stories of joy, and of heartbreak.

“My dad died three years ago, but on Google Maps, he is still doing some gardening which he loved,” wrote one Twitter user who contributed to the conversation.

“My nan loved her gardens, front and back. I have photos of her tending it out the front. It was always such a welcoming sight when we pulled up outside. When she died the new owners block-paved the front lawn. But on Street View, it’s still her flowers.’

And it wasn’t just in the houses loved ones were discovered.

“My dad died in 2015. I knew what his house looked like on street view. Then one day a few years later, clearly missing him but without much thought. I started scrolling through the town to see if I could find him and I did. In Tesco. In tears here. It’s like I can touch him through time.

I can see she’s clutching her best handbag too

“When I miss mum, I go onto Google Street View and she’s in the window on the phone. I often think of her and wonder if it’s me she’s on the phone to. It breaks my heart a little every time.”

Another Twitter member admits she thought she was the only one who did this. “My brilliant dad died last year. He was 86 and we miss him every day. Here he is in the garden pottering in the neverending Googleverse, smart blue shirts out to dry. He must have been going somewhere nice.”

“This is so wonderful. I found my nan walking to the shops on Streetview. She always used to dress so smartly, even if she was just going to the village. I can see she’s clutching her best handbag too. She died in 2018. She was a codebreaker in the war.”

Happily, such poignant images can be retained even if Google updates the street view. There is a little clock icon to the top left of the app that allows you to go back to images captured from the past.

Many who posted on the viral thread that has now been liked over 200,000 times, described going back in time to see their loved ones (pets included) as if they were suddenly alive again. The photos shared are beautiful snapshots of a moment that seemed insignificant at the time, but which were precious to those who return now.

“There’s my dad’s taxi on the driveway of our old house. The last one he drove before he was forced to retire. Seems a million years ago that he could easily walk and do the job he felt defined him. He died in December after contracting Covid in hospital.”

Finally, there are some moments that aren’t as painful. Many of those who got involved in the conversation online admitted they revisited the past to relive other memories.

Chloe Griffin wrote” “I Google Map searched the house I shared with someone significant from my past and the small ceanothus bush we planted 20 years ago by the front door is now huge and it gave me a good feeling.”

Nostalgia gives our lives meaning, it allows us to dwell on the past in a mostly positive way. For those posting pictures of their loved ones from the past, it’s a heartbreaking joy that we can all understand.

An alternative take on Mother’s Day