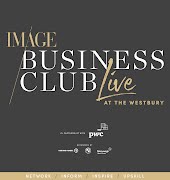 Save the date: Our first Business Club live event is here

It’s A No-Brainer: Office Lingo That We’re All Guilty Of

“Let’s catch up and touch base, we’ll run it up the flagpole and have a thought shower. Sure it’s a no-brainer. Oh FYI, ping me.”

Seeing as we spend most our lives hunched over our desks,?certain buzzwords and phrases are just words we hear passively every day. Whether we want to or not. Who hasn’t rolled their eyes right back into their head when the subject chirpily announcing “let’s touch base/check in/catch up” pops into our email inbox?

While most people use this office jargon as they think it makes them sound smarter, everyone else is’silently wishing’some of the well-worn cliched phrases would kindly vanish into?the abyss. Along with the people who put stickers on their food in the fridge, but that’s a whole other article.

So when a recent’survey was conducted with 1,000 workers as to what were the most grating office buzzwords were, the results were as follows:

Some people struggle to?articulate certain things in work,?while others can’t make it a day without one of some form of office jargon?finding its way into their?office chatter. The question is, do phrases like hot-desking set your teeth on edge, or are you the?one?guilty of uttering them yourself?

However if you’re like the majority surveyed then you probably switch off when your colleagues or boss starts to throw around pointless phrases like “how long is a piece of string?” Why? Because its’simply empty words?and who really even knows what it means?

So, you either fall into one of two categories. Those who?think long may it live?and those who would happily see it fade into extinction. Which one are you?