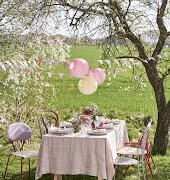 Ward Thomas are 19 year old twin sister-duo Catherine and Lizzy from Hampshire, England and are set to be the next big thing in UK country music. Their debut album ‘From Where We Stand‘, which has already won Album of the Year in the British Country Music Awards, was released in Ireland on Friday. We managed to catch up with them just as they finished an album-promo mini-tour of Ireland to chat venues, country music legends and He Who Shall Not Be Named(Garth).

Despite its obvious popularity in Ireland, finding an audience for country music as a new, relatively unknown act can be quite a difficult task so Ward Thomas took it upon themselves not only to do the usual few days of interviews and radio slots but also to squeeze in a few gigs in the evenings. They played one of Dublin’s most well known music nights, The Ruby Session in Doyle’s on Tuesday night. According to the girls,?”it was a real treat, the audience were magnificent! We love playing in an intimate environment! ‘Twas a great experience.” Of course, it can’t always be strictly business when you come to Dublin.

“We did get our half pints of Guinness, too. ?You have to while being in Dublin! Unfortunately, we couldn’t stomach a whole pint…”

We suppose that’s allowable, for now.

With the duo set to play a headline gig in Whelan’s on March 22nd, the opportunity to test their material on some unbiased ears at the Ruby Sessions is an invaluable asset. “It was so good! We really enjoyed having an audience who were there completely for the music!” It’s not the first time the girls have been to Dublin though, in fact they played here in November as support to The Shires at Whelan’s.

The twins’ debut album ‘From Where We Stand’ won Album of the Year at the 2014 British Country Music Awards which comes as no surprise when you consider the people behind it. Stalwart of country music and top Nashville sessions musician Bobby Blazier was the album’s producer after one of the girls’ demos found its way into his hands. “It was incredible! We were very lucky to be thrown straight into such good hands when we were 17 years old! Chris Rodriguez, the other Producer for the album was amongst these incredible musicians and he is inspiring.“?GRAMMY award winner Michael Omartin and Country music superstar Vince Gill, winner of 18 Country Music Awards and 20 Grammys, also feature on the album. “We were so excited to have Vince Gill playing on our song Town Called Ugley! It was funny as we mentioned him playing on it as a joke… Then the next thing we knew Bobby Blazier just asked him and he said of course. It was surreal.”

When Garth Brooks sold out Ireland’s biggest sporting venue five times last year (they were subsequently cancelled as we’re sure you’ve heard), quite a lot of people were shocked by how big country music is here (they must be the ones who don’t watch Nashville.). However, Lizzy and Catherine weren’t as surprised. “We’d?say that country music is a lot more popular in Ireland than the UK at the moment. However, it has been growing in popularity over the last few years as modern country is more relatable to people globally. For example, artists such as the Dixie Chicks, Taylor Swift and Kacey Musgraves have crossed the pond successfully. People aren’t exposed to good country enough over here. But it’s starting to happen! If we take our own spin on country and let people relate to it more we think we can make it more popular!”

Ward Thomas play Whelan’s March 22nd. Tickets are available from Ticketmaster for €12. Their debut album ‘From Where We Stand’ is out now.