‘We can do more’: Instagram rolls out new anti-bullying features

It will come as a relief to parents that Instagram is rolling out two new anti-bullying features. Here’s what they are and how they will work

Instagram has announced it’s rolling out two new features in an effort to tackle cyberbullying, something social media users have been calling out for for years.

A quick scroll through any celebrity’s Instagram will show dozens (sometimes even hundreds or thousands) of hateful, hurtful messages; often about their appearance, other times about their parenting style or relationships. These aggressive comments have crept into ordinary people’s Instagram feeds too, with one-in-four Irish teenagers saying they’ve experience cyberbullying.

Related: The rise of Internet rage: Why trolls need
to stop hiding behind ‘just my opinion’ excuses

Now, the social media platform is taking steps to tackle the problem.

Adam Mosseri, who is the current head of Instagram, said, “We are committed to leading the industry in the fight against online bullying, and we are rethinking the whole experience of Instagram to meet that commitment.

“We’re announcing one new feature in both areas. These tools are grounded in a deep understanding of how people bully each other and how they respond to bullying on Instagram, but they’re only two steps on a longer path,” he explained.

The first of the two anti-bullying features uses artificial intelligence (or AI) to detect when someone has written a harmful comment. In his statement, Mosseri said, “Online bullying is a complex issue. For years now, we have used AI to detect bullying and other types of harmful content in comments, photos and videos.

“As our community grows, so does our investment in technology,” he said. “This is especially crucial for teens since they are less likely to report online bullying, even when they are the ones who experience it the most.

“From early tests of this feature, we have found it encourages some people to share something less hurtful…” 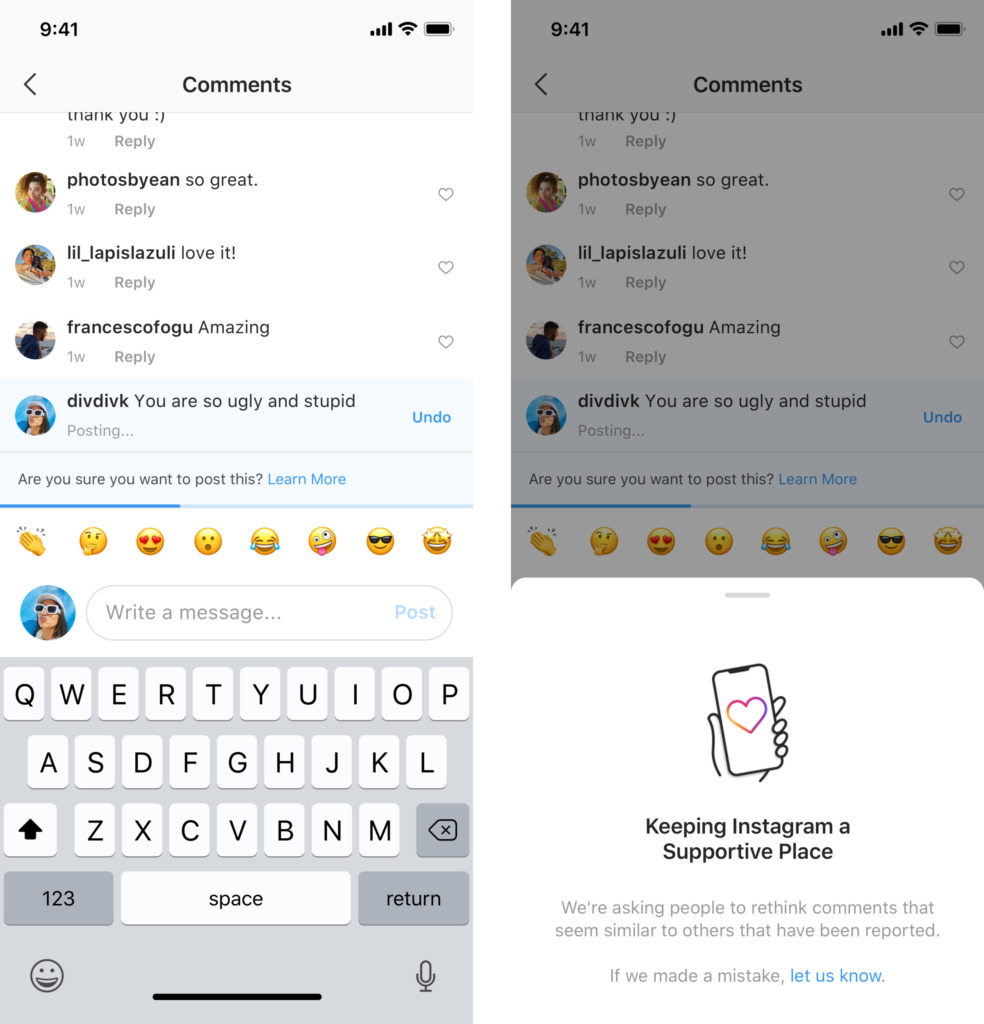 Stand up to bullying

In addition to discouraging bullies from posting harmful comments, Instagram also wants to empower its users to stand up against them.

“We’ve heard from young people in our community that they’re reluctant to block, unfollow, or report their bully because it could escalate the situation, especially if they interact with their bully in real life,” said Mosseri. “We wanted to create a feature that allows people to control their Instagram experience, without notifying someone who may be targeting them.

“Soon, we will begin testing a new way to protect your account from unwanted interactions called Restrict. Once you ‘Restrict’ someone, comments on your posts from that person will only be visible to that person.

“You can choose to make a restricted person’s comments visible to others by approving their comments. Restricted people won’t be able to see when you’re active on Instagram or when you’ve read their direct messages,” he added. 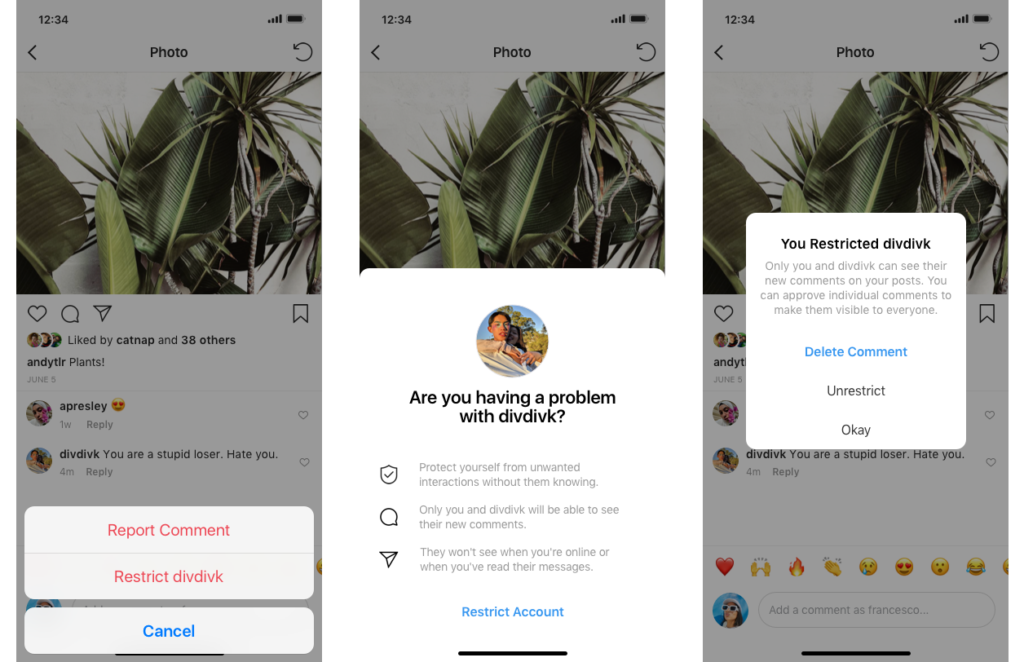 Mosseri acknowledges this, saying, “It’s our responsibility to create a safe environment on Instagram. This has been an important priority for us for some time, and we are continuing to invest in better understanding and tackling this problem. I look forward to sharing more updates soon,” he said.

These new features are being rolled out across English-speaking countries first, and will eventually appear on all Instagram accounts worldwide.

Read more: The rise of Internet rage: Why trolls need to stop hiding behind ‘just my opinion’ excuses

Newsflash to men who say “babysitting” to talk about parenting: there is no start or end to parenting