Inside Glovers Alley, Home To Dublin’s Most Luxurious Restaurant Interior

Stepping into Glovers Alley by Andy McFadden is somewhat of a sensory overload. Its immaculate €1.3m fit-out, led by London design studio Project Orange, fuses Art Deco influences with opulent materials to create a space that’s very much of the moment. Think lush forest greens and blush pinks in velvet and leather, with oak panelling, globed lighting, marble tables, brass fixtures and a surprising mirrored ceiling – “a dream for selfies” jokes general manager Ed Joliffe, who joins from his head sommelier position at Chapter One. 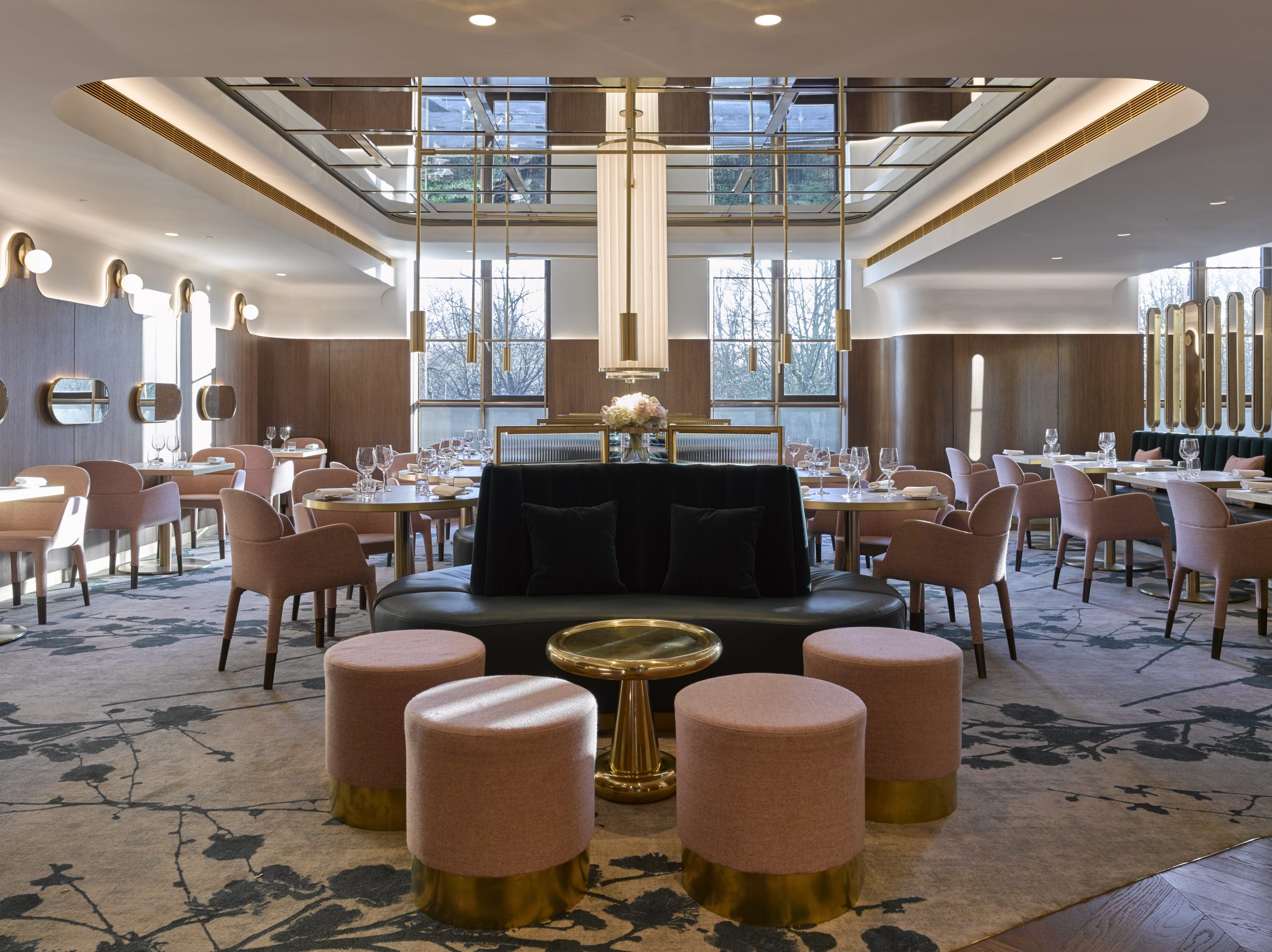 Dubliner Andy McFadden has assembled quite the crack team for his takeover of the The Fitzwilliam Hotel’s 70-seater fine dining restaurant, Glovers Alley,  formerly Restaurant Kevin Thornton. Head chef Philip Roe returns from London where he worked with Andy for four years, head sommelier James Brooke joins from Restaurant Patrick Guilbaud, and Aoife Noonan, formerly of 777, Luna and Guilbaud’s, takes up the role of executive pastry chef. The latter was brought on board after Andy DM’d Aoife on Instagram, while waiting for his flight to Dublin. 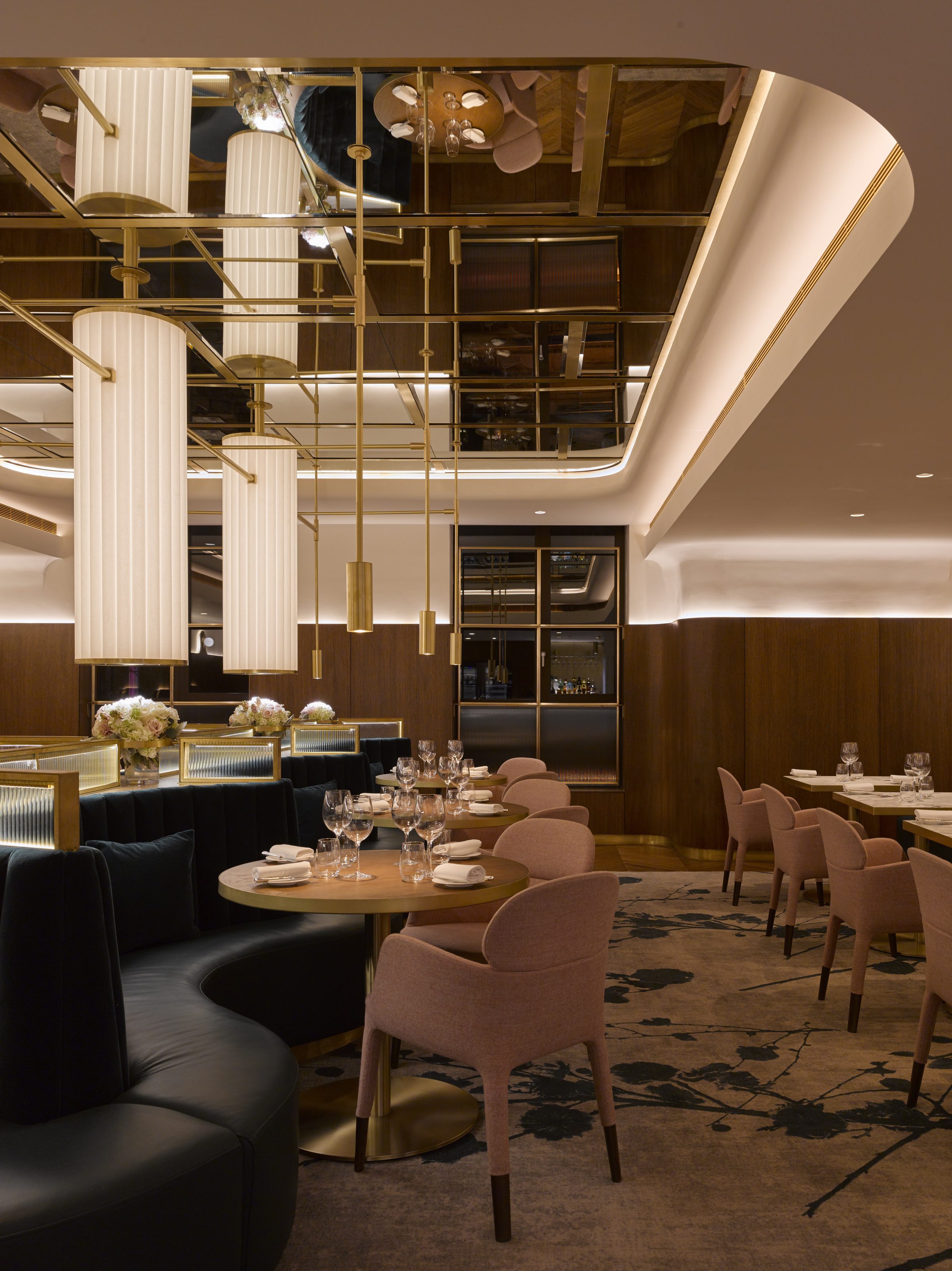 But back to the room. At the launch evening on Thursday, we took to its curved sofas for canapés and Champagne. It’s very much an open-plan space with no hidden alcoves, so there’s a real sense of fluidity between tables. For this reason, it’s unlikely to be monopolised by the corporate crowd for confidential business dinners, and it would be a terrible place for a secretive affair. 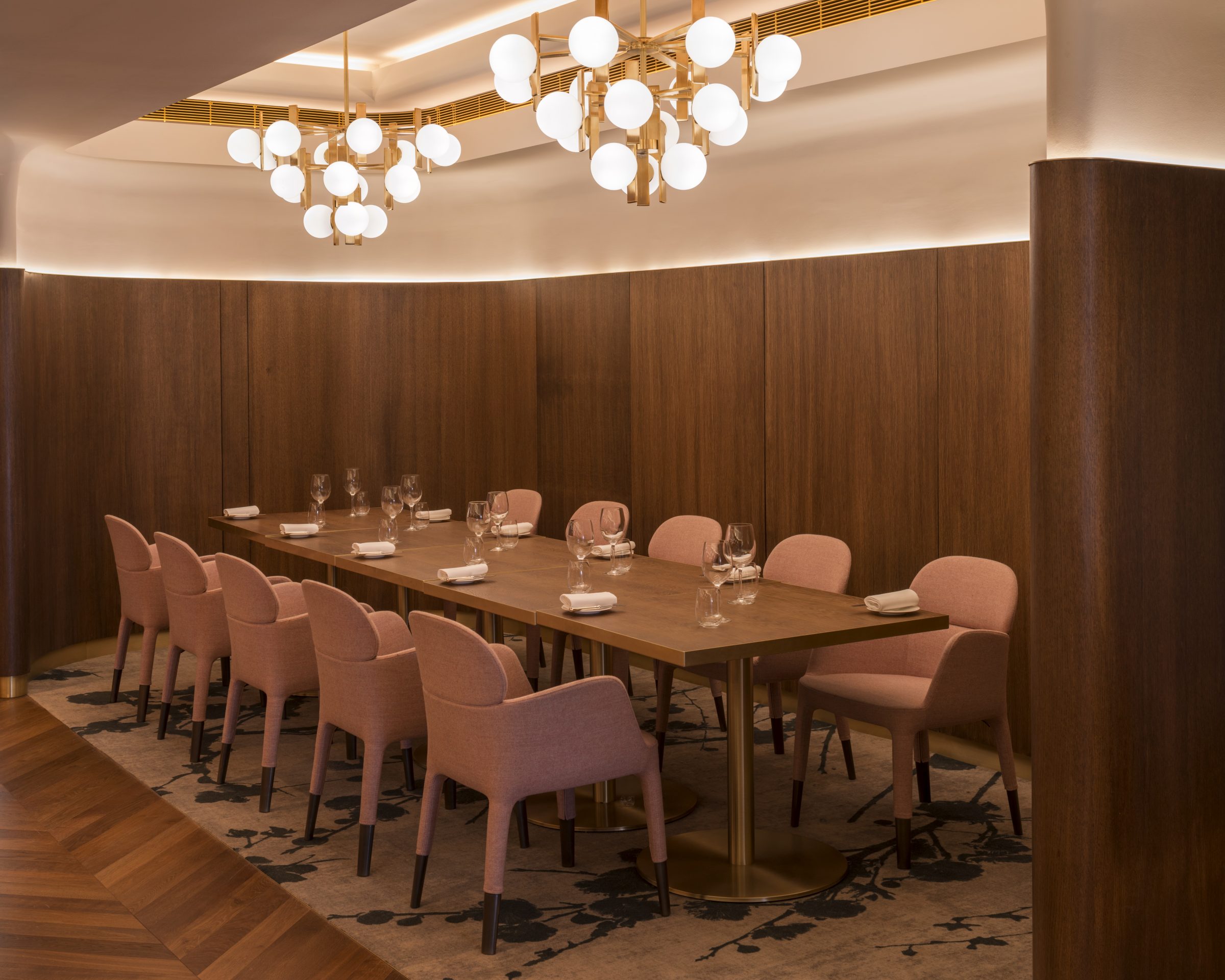 Near the kitchen is a 12-seater chef’s table to host larger parties, and opposite are plump pink velvet sofas aplenty, which puts us in mind of Sketch, the London brasserie that has been impossible to avoid on Instagram feeds these last few years. The lack of tablecloths throughout lends a lovely relaxed feel to the whole floor. Over by the windows, there’s stunning views of St Stephen’s Green, if only the park wasn’t in total darkness. “It’s a pity it’s not lit up like Central Park is,” remarks Ed. “It would be a beautiful view.” We made a note to revisit at lunchtime. 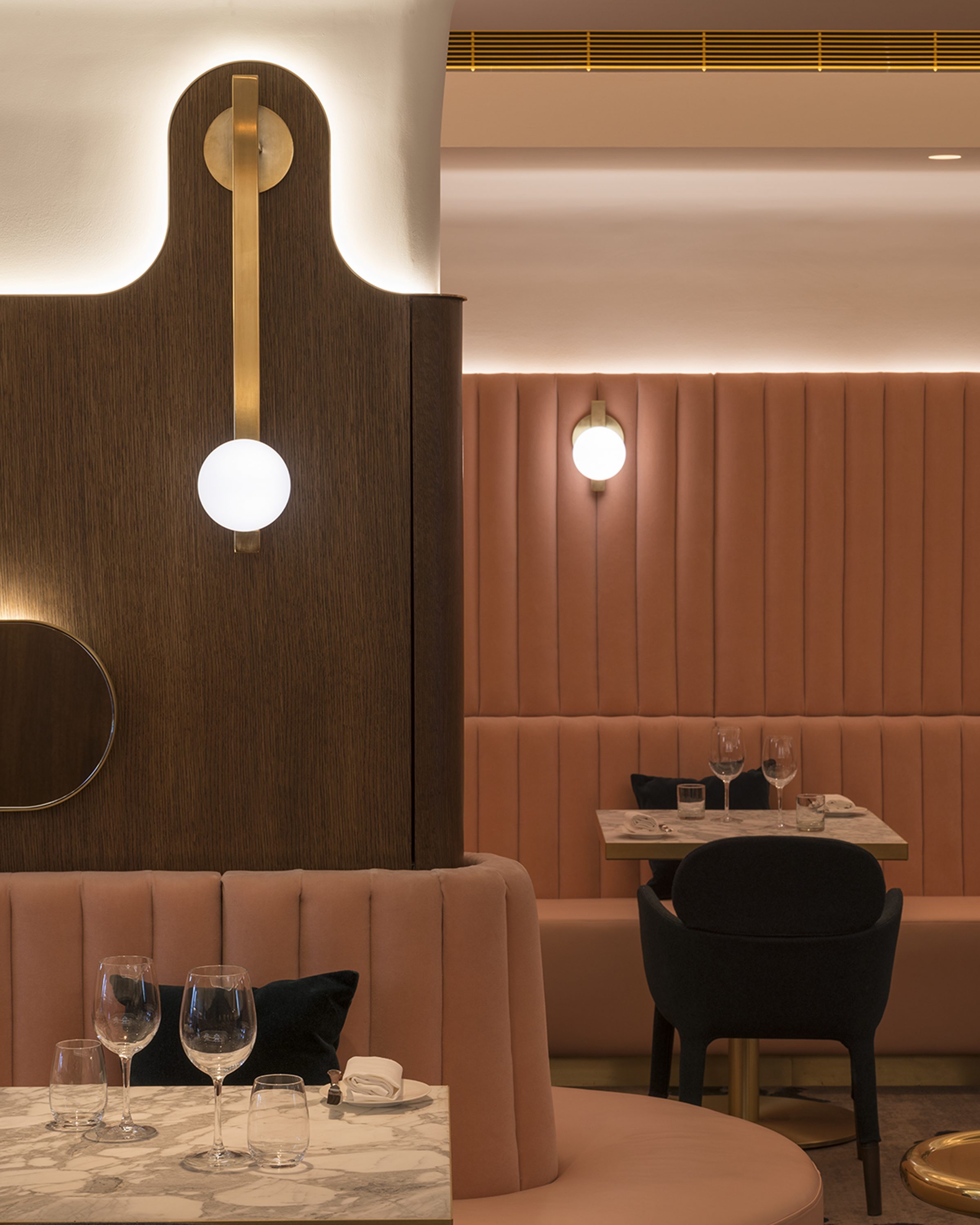 Canapé-wise, we sampled crispy pork belly on oyster crackers, mackerel tartare with smoked bacon and mustard cream, foie gras in filo pastry, smoked cheddar dumplings and mushroom truffles. While it’s impossible to assess a full dining experience on nibbles alone, everything we tried was beautifully presented and bursting with flavour. Also we didn’t try anything sweet, but having eaten delicious Toblerone-shaped things from Aoife Noonan in Luna, it’s safe to assume dessert is well taken care of. 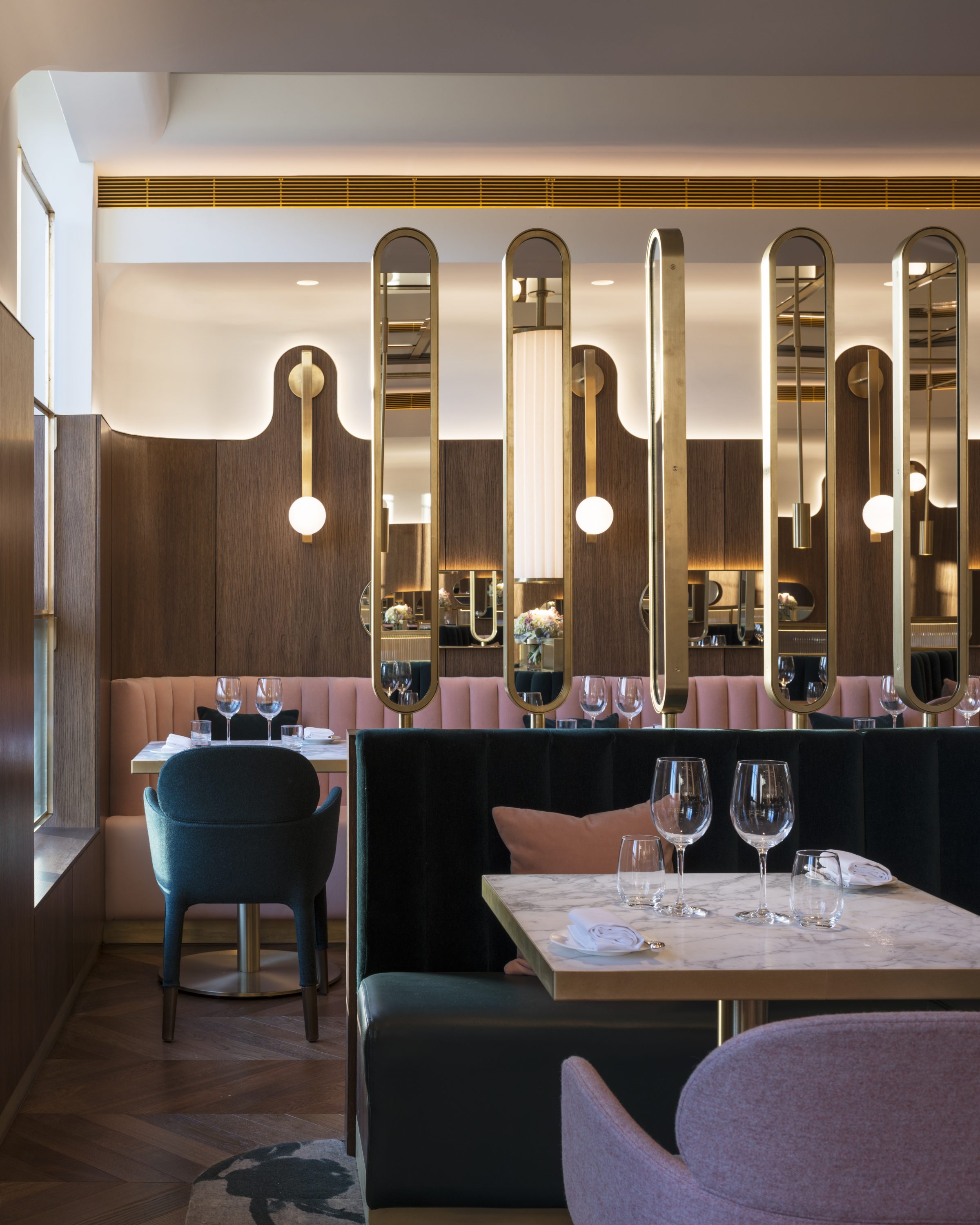 See Glovers Alley by Andy McFadden for yourself at 128 St Stephen’s Green, Dublin 2