How to win at Christmas gifting

Christmas cocktail recipes to get you in the festive spirit

So I went into A Star is Born with relatively high hopes. I have seen the Judy Garland and Barbra Streisand versions, but after watching the excellent documentary Lady Gaga: Five Foot Two, which follows the singer’s struggles with balancing a huge music career with her personal life in thoughtful and sometimes raw ways, I thought maybe they could finally do it justice. Alas, I was wrong and here’s why (spoilers ahead):

It was incredibly emotionally manipulative. Even as I watched in real time I had the feeling that the entire script was written with the aim of absolutely RUINING its audiences – that mascara-stained tears and snot-covered sleeves was the aim of the game. “Let’s just stick an incredibly cute fluffy dog in there to GUARANTEE everyone is crying” – actual words from a producer on set (I assume).

I thought Lady Gaga was going to be the main character? She is meant to the star that is born, isn’t she? But despite having the titular role, it’s Cooper’s character that the film centres around, opening with how he met her, not with how she met him and ends with *spoiler alert* his death. We get far more of his backstory and childhood, and Gaga’s character more or less exists to move the plot for Cooper’s Jackson Maine. We get almost no insight into her life prior to meeting Cooper’s character, aside from one vague implication about her father’s alcoholism, although that really only served to explain why she was initially unsure about Jackson.

Where are all the female characters? A Star is Born barely, barely passes the Bechel Test because Gaga’s Ally receives brief instructions from a female manager backstage. But aside from that, there were almost no other female speaking roles, and for a romantic film (particularly one made post-#MeToo) about a woman’s rise to fame, they should be able to at least whip up some meaningful female talk time. 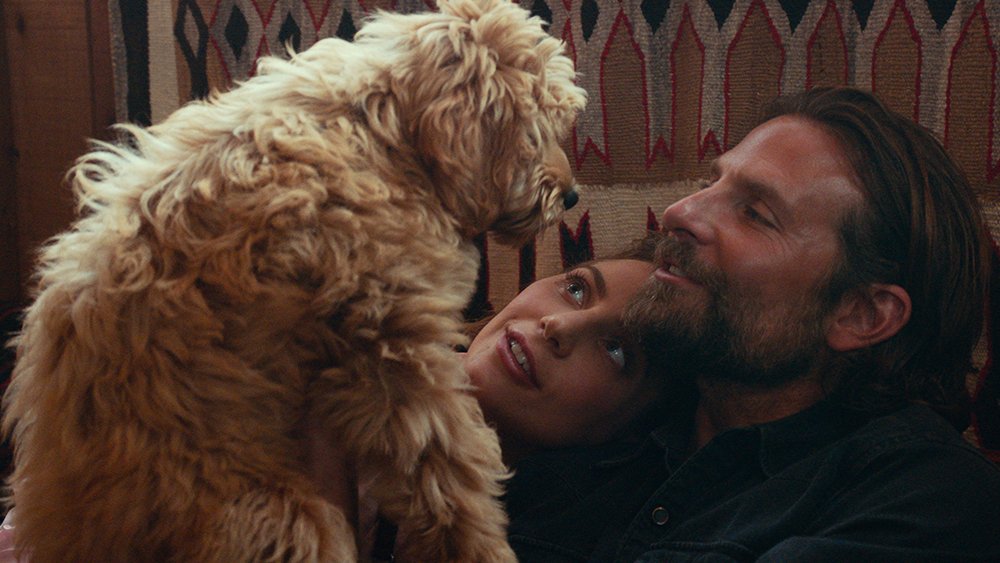 A Star is Born

Did anyone else feel like the SNL song was a bit of a go at Gaga’s early career? She’s dressed like early Gaga and Jackon is ashamed that her lyrics lack depth and all I could hear in the back of my mind was Paparazzi and Telephone. Yes, Gaga made a career in the pop music industry but she also completely subverted the pop world and invented a space for herself and devoted followers who felt like they had no place in mainstream music. You can have a pop career and also have that music (and spotlight) mean something.

It’s a pretty messed up relationship. Was all the “affectionate” grabbing of Ally’s shoulder/neck meant to make you uncomfortable? Their relationship begins with Jackson asking his driver to stalk her into attending his concert and then takes her own music away from her and arranges it himself to force her on stage. Yes, she does end up taking the stage and is amazing but that doesn’t make his actions acceptable. It’s got that weird power imbalance too.

The first words out of my mouth when he rammed that loop of guitar string around her finger before she even had a chance to respond, was “presumptuous”.

It puts an unselfish spin on what could ultimately be called an incredibly selfish act. You could argue that he would rather kill himself in their home and let her clean up the mess, actually and emotionally, than commit to remaining sober and deal with the fact that he might have to be her roadie.

He (supposedly) commits suicide so that she can shine but the film ends, not with her “star being born” but with her eulogising him, and not even in her own words, but in the words he used to describe HIS relationship with her.

And their chemistry was crap. There, I said it.

How to win at Christmas gifting

Christmas cocktail recipes to get you in the festive spirit