The most hypnotically pastel-coloured museum dedicated to the glorious world of ice cream has recently opened in LA. We’re not too sure why, but we’re very glad it did.?

Ice cream isn’t just for after-dinner or on a hot summers’ day, oh no. It’s a visual beauty – a masterpiece if you will, and it’s about time that someone finally dedicated an entire building to one of the worlds’ best delicacies. 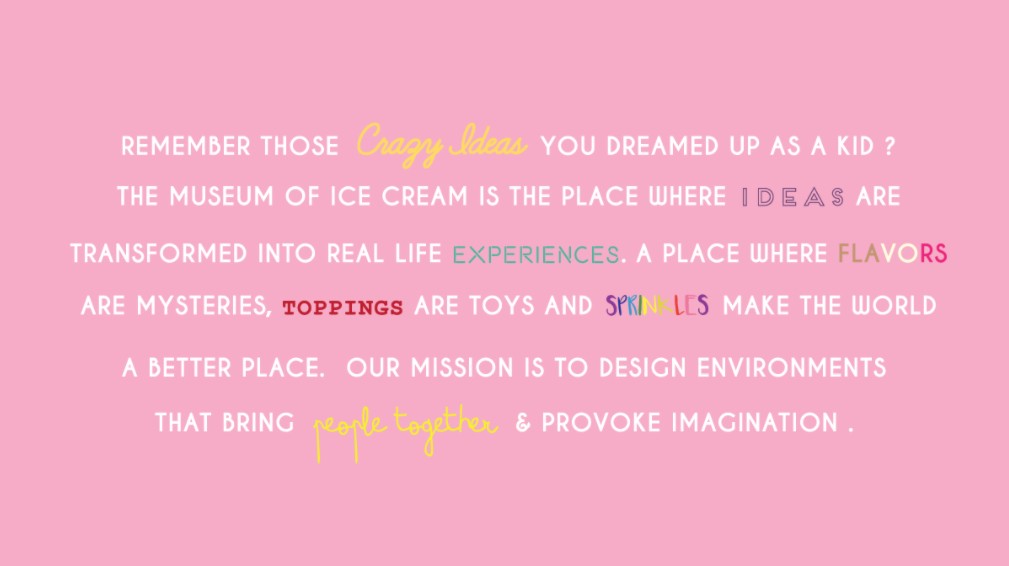 Located somewhere in the art district of LA, the bright pink museum shop-front set’s the tone for what lies within. First thing’s first: you won’t find precious collections of priceless art at this museum, but what you will get – judging by the museums dreamy Instagram – is an immersive experience that tests the senses (and by test, we mean you’ll be licking the walls for ice cream by the time you leave), a little bit of science, some sweet samples, and some really cool installations. ?Forbes hit the nail on the head by saying that it looks like a physical representation of real-life Instagram, and they aren’t wrong.

“You know something’s different, as if Hello Kitty, the Care Bears and a herd of unicorns ever so daintily sneezed magical cotton candy dust over an entire city block.” – Forbes Magazine

The museum space is comprised of ten candy-coloured galleries, each spectacularly themed with ice cream in mind, and includes?rooms filled with colourful waterfalls of bananas, giant ice lollies big erupting from walls, a room where you grow and nurture your own mint-flavoured chocolate, an assemblage of refreshing neon signs, an ice-cream walk of fame, a ‘California’ room where the famous Hollywood sign is swapped instead for, you guessed it, ice cream, and there’s even a room with a swimming pool filled with thousands and thousands of multicoloured sprinkles. Don’t worry about them melting to your clothes though, artists made the sprinkles with visitors in mind so that you can dive in and play around in sprinkle heaven?without ruining your outfit.

Common over! The sprinkle water is nice and warm! ?#museumoficecream (: @katiegibbsphoto)

You don’t have to travel all the way to LA to experience the cool surroundings of the ice cream museum as it’s currently on the move to a new location. It’s not yet known where it will set up a?base next, but you can sign up on their website here to be the first to know. In the meantime, you can buy really cool online merch so you can ice cream-ify?your home and wardrobe.