The 14th edition of Frieze London took place this October, with seven complex?and thought-provoking projects curated by Swiss curator Raphael Gygax. This year’s projects were inspired by human relationships and the transformative potential of art.?There are more than 160 of the world’s leading galleries, showcasing today’s most significant artists across its main and curated sections; alongside the fair’s celebrated non-profit programme of ambitious new artist commissions and talks.

Frieze is the world’s leading platform for modern and contemporary art for scholars, connoisseurs, collectors and the general public alike.

The spotlight fell on women artists more than any Frieze ever before, but according to data collected by The Art Newspaper, surveying 10 of the fair’s leading galleries,?only an average of 28% of exhibiting artists per gallery were?female.?

In an ideal world, art would have no gender and there would be no need for ‘Highlights From Women Artists’. It’s not that female artists are more or less important than male artists, or that there is any difference or separation in the art they make. However, for as long as gender-bias remains an issue, and just 28% of exhibiting artists in the world’s leading platform for art are women, IMAGE will continue to highlight and promote?visibility for the women smashing it in all sectors, women who are doing just as well, if not better, than men. As GQ.co.uk put it, “from the haunting historical works of Goshka Macuga to Latifa Echakhch, whose specialty is turning household ephemera (curtains and carpets) into bold installation pieces, via Francis Upritchard’s rainbow-bright sculptures”, the presence of women artists at Frieze “is as necessary as it is inspirational”.

Let it also be noted that the most expensive work ever sold by a woman artist at auction is Georgia O?Keeffe’s Weed/White Flower No.1, (1932), which sold for $44.4 million at Sotheby’s in 2014. That’s one fourth of what former Qatari politician Hamad bin Jassim bin Jaber Al Thani paid in 2015 for Picasso’s Les Femmes d’Alger (Version O) – he paid?$179.4 million (which is currently the most expensive artwork ever sold at auction). 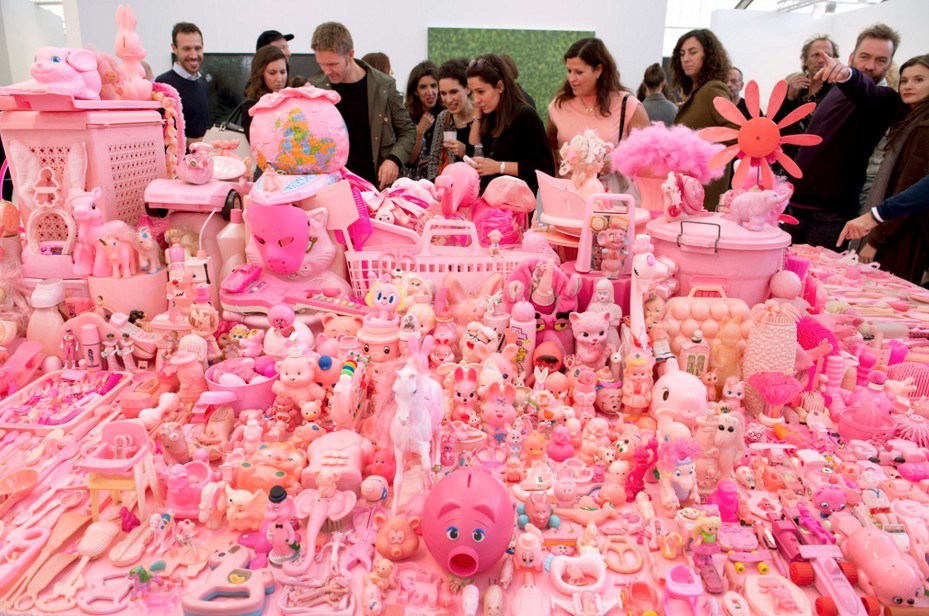 Portia Munson’s Pink Project: Table was first shown at the New Museum’s “Bad Girls” exhibition in 1994. Portia Munson has been gathering items since childhood. Inspiration for this project came from the commodification of femininity, the onslaught of disposable plastic and the meaning of the colour pink. This project consisted of thousands of discarded pink objects, from dolls to sex toys, which were arranged perfectly on a table. Multiple editions of the photographic version of Munson’s?Pink Project: Table‘sold?for $15,000 apiece, as did other works by female artists, including a number of Betty Tompkins’s paintings for $3,000?3,500. 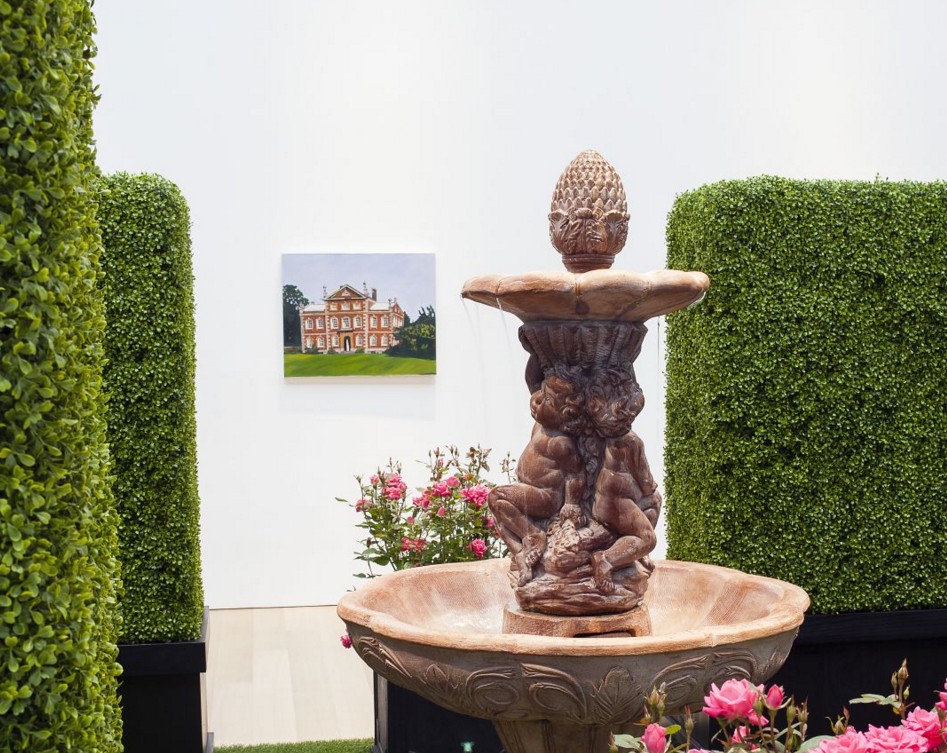 The fair debuted a new gallery section?The Nineties, recreating seminal exhibitions from the decade, alongside the return of sections Focus and Live, the definitive platforms for emerging galleries and performance art respectively.?For The Nineties, Karen Kilimnik revisited her iconic installation?Fountain of Youth (cleanliness is next to godliness) – pictured above – where,?within greenery, is a working fountain with scattered toiletries in ornate bottles, the likes of Penhaligon’s and Bulgari.

Feminist commentary continued with Israeli artist Yael Bartana’s I Am A Feminist large light piece, breaking down gender norms with the image of a monster truck, all rendered, of course, in pink, through the over-the-top and in-your-face medium of neon.

British artist Julie Verhoeven’s project The Toilet Attendant… Now Wash Your Hands was staged in one of the fair’s bathrooms. The Live section of the fair included Nap Disturbance from deaf artist?Christine Sun Kim – a performance piece?exploring the materiality of sound and the sonic range produced by the use of everyday objects. The Live section also?premiered?Para Um Corpo…, from the series H?bito/Habitante?by Martha Ara?jo.