Happy Oscars weekend! The biggest night in Tinseltown is but hours away, and Ireland, as ever, has fared very, very well. Leading the nominations this year is The Favourite, which was co-produced by Irish production company Element Pictures, and received a total of ten nominations, including Best Screenplay and two nods in the Best Supporting Actress category. Actress Olivia Colman received her first Oscar nomination for her starring role in the film, and given that she has been nominated and won every major award going this season, the odds are in her favour (sorry!) to take home the crown jewels.

Related: Everything you need to know about the 2019 Oscars

Ahead of tomorrow night’s excitement, are you wondering how have we’done at the Academy Awards in recent years? Pretty darn well as you’ll see from this informative infographic from Littlewoods Ireland which we’ve resurrected for the weekend that’s in it.

Did you know that Irish playwright George Bernard Shaw is the only person to have been awarded both an Oscar (for his screenplay for the film Pygmalion) and a Nobel Prize? Or that Dublin-born Gedric Gibbons not only designed the Oscar statuette but won 11 awards for his achievements in art direction and set design?

Oh, and the Irish know how to work the red carpet, too. Kerry-born designer Don O’Neill was responsible for Oprah Winfrey’s lavish gold-sequin dress at the 2012 ceremony. Find out many more interesting tidbits from the infographic below. 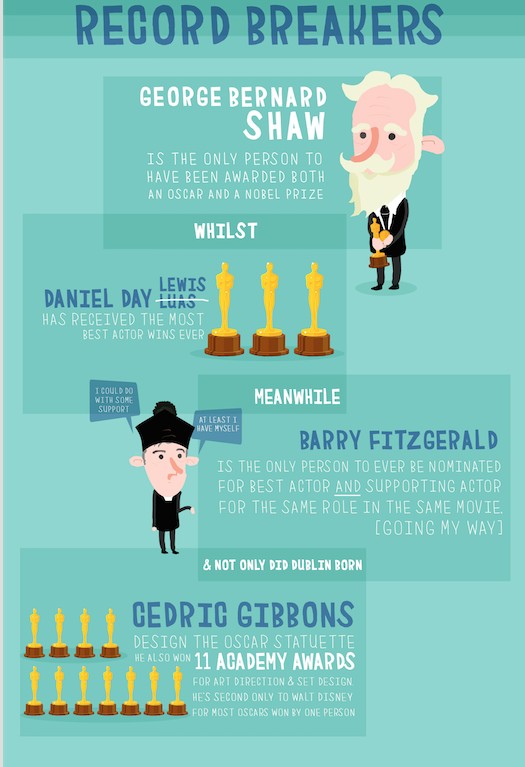 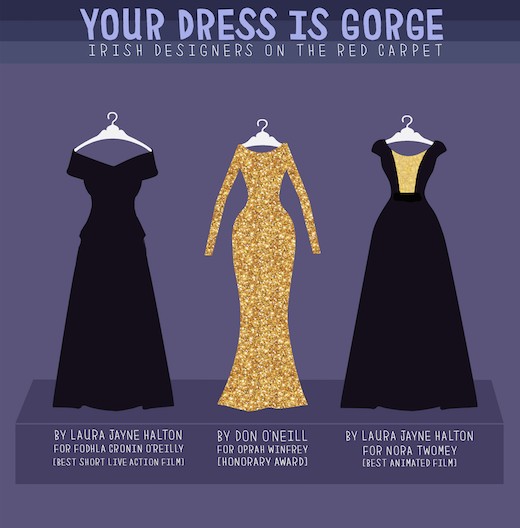 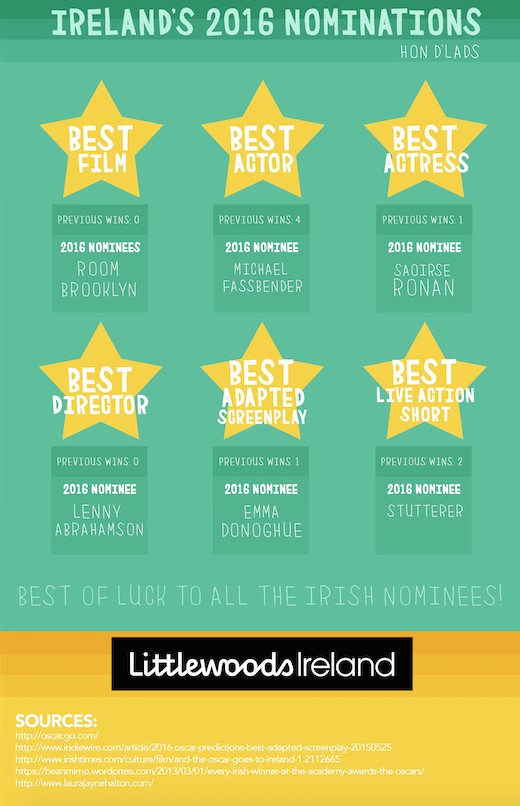