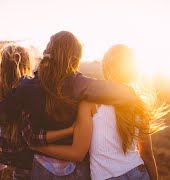 Harper Lee, To Kill A Mockingbird Author, Has Died

WASHINGTON - NOVEMBER 05: Pulitzer Prize winner and "To Kill A Mockingbird" author Harper Lee smiles before receiving the 2007 Presidential Medal of Freedom in the East Room of the White House November 5, 2007 in Washington, DC. The Medal of Freedom is given to those who have made remarkable contributions to the security or national interests of the United States, world peace, culture, or other private or public endeavors. (Photo by Chip Somodevilla/Getty Images)

Sad news this evening as To Kill A Mockingbird author Harper Lee has passed away aged 89.

Her novel is considered one of the most enduring literary classics ever written, and was an almost instant success upon publication in the 1960s. The story details the racial troubles of the American Deep South and centres around dignified lawyer Atticus Finch and his young daughter, Scout, who serves as the first-person narrator throughout the book.

“This is a sad day for our family. America and the world knew Harper Lee as one of the last century’s most beloved authors,” Hank Conner, Lee’s nephew and a spokesman for the family, said in a statement on Friday. 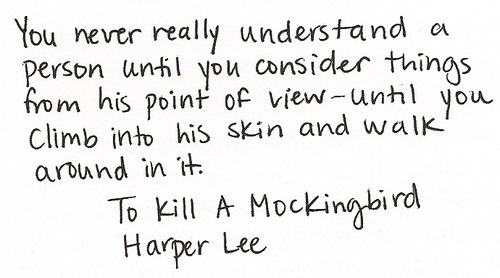 “We knew her as Nelle Harper Lee, a loving member of our family, a devoted friend to the many good people who touched her life, and a generous soul in our community and our state. We will miss her dearly.” She passed away peacefully in her hometown Monroeville, Alabama, according to CNN.

The author was born April 28th, 1926, the youngest of four children.

On July 11, 1960, Mockingbird was published to critical acclaim. The author won the Pulitzer Prize for fiction the following year. She lived a solitary life, with Mockingbird her only novel until last year when amid some controversy, she published its follow-up, Go Set A Watchman. Watchman reunites readers with an now adult Scout, who returns home to find her father disillusioned. Her second novel was, in fact, the first draft of Mockingbird that had been rejected by her publisher.

Nonetheless, Mockingbird was (and continues to be) beloved by so many. It has been hailed as a defining text of 20th-century literature and was drawn from elements of Lee’s childhood.

“The world knows Harper Lee was a brilliant writer but what many don’t know is that she was an extraordinary woman of great joyfulness, humility and kindness,” said the company’s president and publisher, Michael Morrison. “She lived her life the way she wanted to- in private- surrounded by books and the people who loved her. I will always cherish the time I spent with her.”

Our thoughts are with Lee’s family and friends.