Got your gingerbread ready? No? Try this recipe

There can be no Nordic Christmas without gingerbread, and almost everyone I know bakes at least a couple of batches during the month of December. Most of them buy their gingerbread dough from the supermarket, which is a pity, as it is quite simple to make it yourself. There are some differences between the countries; one of them is which leavening agent we use. In Denmark, most recipes I have found use potash, which is potassium carbonate. (Potash was also used elsewhere in the old days, but today it is hard to find in food stores – at least in Sweden.) In Sweden and Finland, almost every recipe I found uses bread soda, while in Norway, some recipes use bread soda and others use baking powder. I would assume that the resulting differences between the finished gingerbread would be minute. All of the chemicals mentioned above function the same way, and I think that the only real difference is that they are alkaline to different degrees. Potash is the strongest, baking powder the weakest, and bread soda somewhere in the middle. In general terms, a more alkaline leavening agent gives a shorter texture to the gingerbread. The recipe below is my grandma’s. It uses bread soda, but you can use potash if you want.

The way the dough is fashioned into gingerbreads also differs a bit from country to country. The Danes like to shape theirs into a log, before chilling it and cutting it into thin slices that are then baked. This works well when you add almonds and pistachios to your gingerbread (also a Danish thing). The dough is stiff enough to cut without disturbing the position of the nuts, and it creates a really pretty mosaic effect. The other option, which is more common in Sweden and in other places too, sometimes also in Denmark, is to roll the dough out and use a cookie cutter to create shapes before baking them.

Oh, and a weird thing: we all put ginger in our gingerbreads, but we don’t call them gingerbreads; we call them pepper cakes – and we don’t put any pepper in them. The only ones that come close to this are the Danes, who add some allspice. In Sweden, we stopped putting pepper in our pepparkakor in the early part of the 19th century, although the reason for this is a bit of a mystery.

Method
Combine the sugar, golden syrup and milk in a pan. Bring it to the boil, then remove the pan from the heat and leave it to cool down a little.

Place the butter, salt and the spices in a bowl and pour on the still warm (but not hot) syrup. Stir until all the butter has melted and the mixture has cooled down to room temperature. If you are making a Danish version, this is when you add the nuts.

Sift the flour and bread soda together into the bowl and mix everything together with your hands until fully combined. Shape into a tight lump and wrap in clingfilm. Leave the dough to rest in the refrigerator for 48 hours before using it.

For gingerbread rounds, unwrap the rested dough (which will be rather stiff) and divide into equal-sized portions. Roll each piece into a log and cut them into 3mm slices – or thicker, if you prefer. If you have added nuts to the dough, you will need a really sharp knife to cut them neatly.

Alternatively, for gingerbread shapes, unwrap the rested dough (which will be rather stiff) and divide it into workable portions. Roll each one out on a very lightly floured work counter (too much flour will make them dry). Cut them into the desired shapes with a knife or a cookie cutter.

To bake the gingerbread, preheat the oven to 200°C/gas mark 6 and line several baking sheets with parchment paper.

Arrange the gingerbreads on the baking sheets, bake for no longer than 5 minutes, then leave to cool on the baking sheets. Time them carefully, as it is very easy to burn them at the edges, which I hate. It doesn’t matter if they are a little bit soft in the middle, as they harden while they cool down. 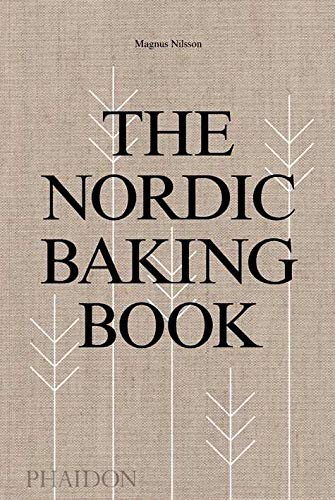 This Highbank Winter Switzel is a deliciously warming non-alcoholic tipple