These days, it’s easier than ever to give something back. So many of us feel compelled to take action; to donate what we can to a cause or person in need of help. GoFundMe has made that easier than ever. GoFundMe announced this week that Ireland has retained the position of the most generous country in the world on the platform for a third year running. Nearly 1.5 million donations were made in Ireland throughout 2020 which is more than three times the amount of donations than in the previous year. There has been over €40million given to good causes since 2010. CEO of GoFundMe Rob Solomon recently told IMAGE.ie how the company has changed lives worldwide and why the Irish capacity for generosity and giving tops every other country.

“GoFundMe has essentially become a take action button,” CEO Rob Solomon explains. “When something happens in the world, be it a house fire or a global climate change movement, people start a GoFundMe campaign.

We are a nation famed for its kindness and generosity and Solomon says, this is why we come out on top, according to the GoFundMe statistics.

And asides from almost one in ten of us having donated money on the platform since it began in just 2016 – a massive €40 million has been donated by users in Ireland in its short four-year time frame.

“I think it’s the smaller population, the connectedness and genuine giving and friendly nature of the people of Irish people,” he said when asked why, in his opinion, the Irish donated the most.

The “giving layer of the internet”

Soloman says the ultimate aim of GoFundMe is to become the “giving layer of the internet” via a simple interface that allows people to contribute in a social way.

It’s well on its way; GoFundMe, which was founded in 2010 by Brad Damphousse and Andrew Ballester, is now one of the largest crowdfunding websites in the world. Its raised €4.4 billion for global campaigns to date.

“When bad stuff happens, people start a GoFundMe and that’s what it’s become.”

Related: A GoFundMe page has been set up for the Fyre Festival caterer

Whether it’s to help those who have suffered life-altering circumstances or outrageous medical costs, the site has become the go-to for those who want to offer help and support to worthy campaigns.

“We’re a platform that allows people to fundraise in a social way. I can start a campaign and spread it to my friends and their social network,” he explained.

What campaigns are the most popular?

Medical-related campaigns are the most frequently donated to – regardless of the country and its healthcare system. A third of the US’s campaigns are healthcare-related, for example, and he cites the Irish campaign set up to support football fan Sean Cox after he suffered life-changing injuries in an attack outside Anfield in Liverpool as one of the most successful here with over €1 million raised.

“Getting sick is really expensive, even when the healthcare system covers the cost of medical attention, there are many ancillary costs that don’t get close to being covered.”

And the magic formula for the most successful campaigns?

“Tell an incredibly compelling story. The how and the why. Using video and photos. Investing time and effort into telling your story and giving updates frequently – it’s those campaigns that raise more money. As well as sharing it as widely as you can.”

And even if you don’t reach your goal – though those who set one set tend to raise more – GoFundMe will still ensure you get every cent raised.

Who donates the most?

It is, by a small margin, women who use, engage in and donate to campaigns the most. “Women are more generous than men according to the statistics. It’s around 65% vs 35% women versus men. Women start campaigns and engage on the platform more frequently than men do.” 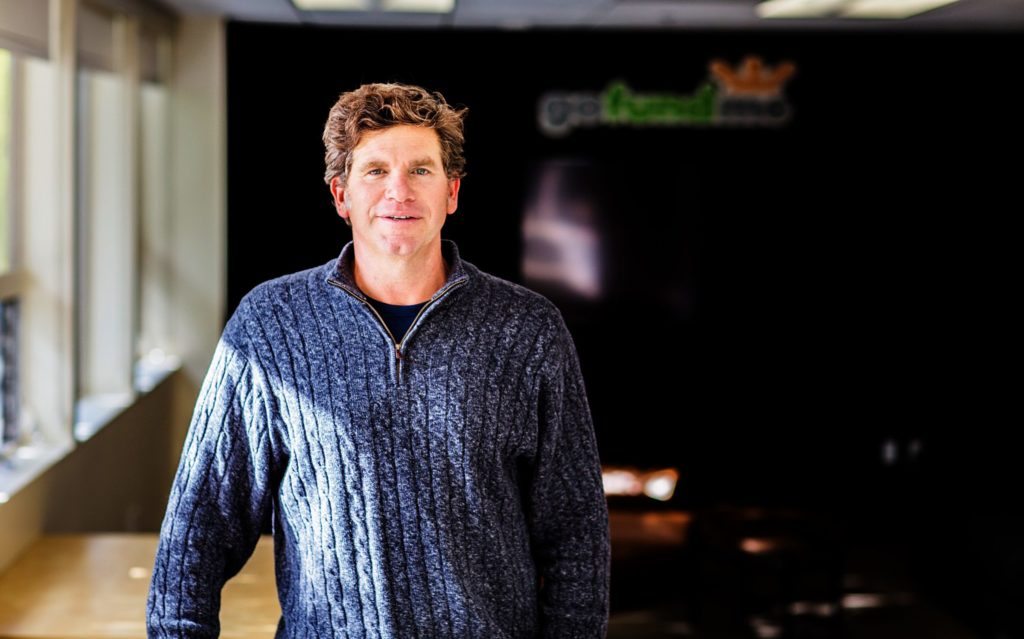 Naturally, such a popular crowdfunding source is open to potentially false claims or fraudulent uses and Solomon says that in order to ensure GoFundMe retains its trustworthiness is to have a guarantee that your money will be refunded if it turns out there’s been any sort of mishap with a campaign you’ve donated to – which is what happens.

And in terms of what you can’t set up campaigns for, Solomon says the platform strives to be as open as possible but that they do have a Terms of Use for the more obvious such as campaigns towards hate speech or buying firearms. Anything illegal essentially will be taken down.

Can I set up a campaign for myself?

Yes. Solomon says that an individual can set up a campaign for themselves but this happens a good bit less than you might think. “It originally started as something used to raise funds for yourself – hence the name. What it’s become now is almost a great accident,” Solomon continues.

“What we’ve found is that when a campaign is set up on behalf of another person, that campaign typically raises 50 per cent more than if you start one for yourself and I think that’s why it’s so hard to market crowdfunding platforms. It ties into human nature – it’s really hard for people to ask for money, especially for themselves.”

“I thought we’d see a quicker adoption of people starting campaigns for themselves and we haven’t yet, there’s still a lot of apprehensions.”