Yes, this is art; contemporary art. The piece, dubbed Ewaipanoma which translates as Rihanna, is the humungous creation of Columbian artist Juan Sebastian Pelaez who unveiled the monstrosity on Friday outside the Kunst-Werke Institute for Contemporary Art. This is the artist’s?first piece to be unveiled from his latest collection which features cutout, over-sized, headless Caribbean/Latin American celebrities whose faces have been surreally re-imagined on the chests of their fictitious bodies.?The artists inspiration for the project is almost as bizarre as the project itself; taking inspiration from greek mythical headless men who supposedly bore their faces on their chest, with their eyes on their shoulders. 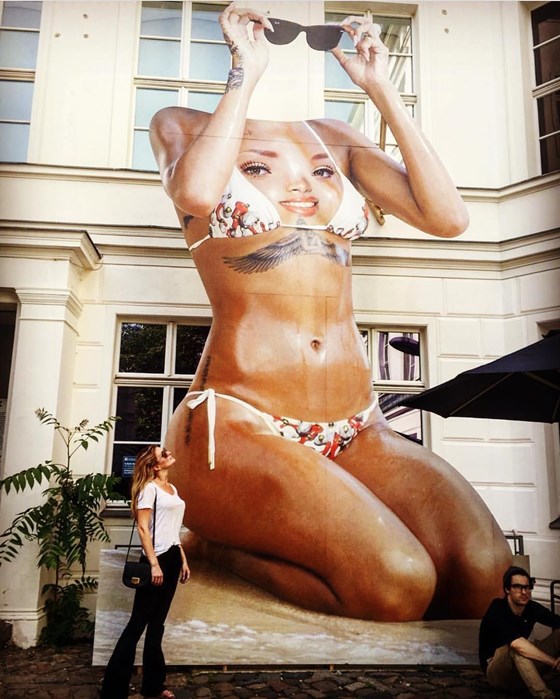 The Columbian artist first made waves with his unusual art back in 2014 when he superimposed the face of?Miss Colombia 2014 Ariadna Guti?rrez onto her chest. 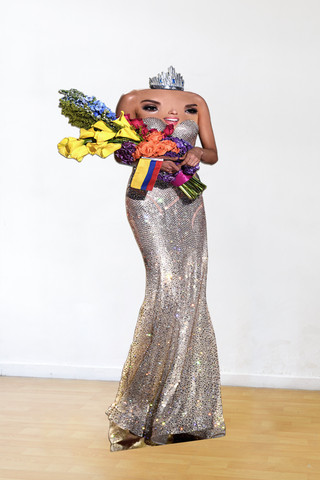 Aside from the art being slightly ghoulish and unpleasing, it does provoke us to think about celebrity culture and our manic obsession with people who are really not all that interesting. On first glances, the strange art could hint at body-modification within the celebrity world, or how we have become consumed by the idea of ‘the celebrity’: the endorsements, the cheap perfumes, the catchy pop hits, and the poorly-made clothing line, rather than the actual person. What do you think? Is it dehumanising? Or is it just art??The Berlin Biennale describes the piece on their website as a reference to longstanding projections of ?otherness? – deep.