What a day for Irish film. With a whopping nine nominations in total, we’ve never felt prouder of our cinematic output and homegrown talent. From Fassbender to Ronan and several others in between, there’s no denying that the Irish will be well represented at the 2016 Academy Awards. If ever there was an excuse for a party here in Ireland, it’ll be on February 28th. Just this week we were gushing over the two-time Oscar-nominated Saoirse Ronan (for the incredible Brooklyn), but today, we’re all eyes on one of her new BFFs; Golden Globe winner Brie Larson. She’s not Irish; we know, but we’re going to right ahead and claim as our own. The 26-year-old former would-be pop star has just been nominated for a lead actress Oscar for her turn in Irish film Room (which itself got a nod in the best film category), directed by Lenny Abrahamson (who we adore, who also got a best director hat tip). 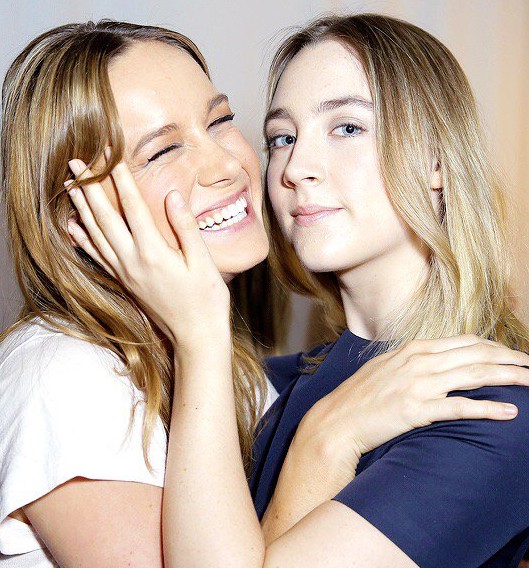 With one of the warmest smiles in Hollywood and an air of humility that’s hugely endearing, when you consider her breath-stoppingly brilliant acting skills, 2016 will be to Brie Larson what 2013 was to Jennifer Lawrence: epic. Beginning her career with tiny roles in the likes of 13 Going on 30 (she was one of the six chicks), Brie has slowly but surely risen to the top, hitting it out of the park with performances in Short Term 12 (which, quite frankly, deserved a lot more attention than it got) and now entering the big leagues, where she belongs, with the outstanding Room. Where so many book adaptations miss the mark, Brie’s portrayal here of Emma Donoghue’s Joy Newsome is delicate and perfectly nuanced. We doubt if a single fan of the book will emerge to say she did it a disservice. Those who plan on seeing the movie this weekend are in for one of the most visceral and gripping cinematic experiences of the last year and the fact that it’s an Irish film through and through, makes it all the more enjoyable.

The ultimate girl crush of 2016, here we celebrate Brie Larson’s nomination with a gallery of pics galore.?Watch this space.