The Future Makers Awards took place last night in the chic surroundings of The Dean Hotel. Coordinated by The Design and Crafts Council of Ireland, the prestigious grants and prizes are awarded to the next generation of Irish designers and craftspeople.

The Future Makers Award and Supports is one of the biggest initiatives of its kind in the EU for both students and people working within creative industries who excel in their fields. The aim of the programme is to offer support and guidance to exceptional creative individuals and to help them further develop their skills at a critical point in their careers.

?A total of €24,500 was awarded to 30 up-and-coming designers during the ceremony last night, but the most sought-after prize on offer on the night – The Future Maker of The Year award – was jointly awarded to fashion designer Edel Traynor, and furniture designer?Simon Doyle,?who each received €2,500.?Edel is a fashion design graduate from The Grafton Academy and prides herself on her unique ability to create beautifully minimal garments using splendid fabrics, while Simon is an avant-garde designer who is influenced by the relationships people have with seemingly inanimate objects. His pieces are simply alluring and on his website, he?confessed that he actively seeks beauty in his work through a ‘quality and reduction’ process. 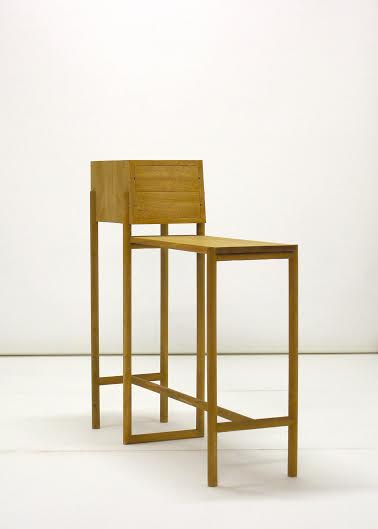 While it could be suggested that creative industries are diminishing somewhat, this was the busiest year for The Design and Crafts Council of Ireland after receiving over 168 applications; which is the largest number of applications since the awards were launched back in 2009. Of the 168 applicants only 76 were shortlisted, and from this, only 30 finalists were chosen. Judging was conducted by industry professionals Michael Eden and Sasha Sykes. Continuing on a trend of ?firsts?, it was also the first year of the awards where a broader range of artistic disciplines was accepted and judged, including visual communications and graphic design.

Other major awards of the night were granted to ceramic artist Zsiri Melinda Dempsey who received The Innovation Award and a €2000 bursary, Future Makers Student of the Year Award Jack Roche who received a €2000 bursary, and Visual Communications graduate James Delaney was the recipient of the Imagined Futures Award of €1,000. For more information on the awards and to find out how you can get involved, click here.