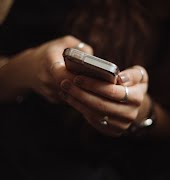 Funeral of journalist Lyra McKee will take place this afternoon

Family and friends of Lyra McKee will say their final farewell to the much-loved and respected journalist as she’s laid to rest in Belfast this afternoon.

Lyra, who has been described by loved ones as “a gentle, innocent soul”, was shot dead by dissident republicans on Good Friday; 21 years after the Good Friday Agreement.

At just 29 years of age, Lyra had built a reputation of being a warm and loving person; someone who believed in equality, openness and inclusivity.

In a statement released by her family, it was said, “Lyra spoke to and made friends with anybody and everybody, no matter what their background, those of all political views and those with none”.

Journalist Lyra McKee’s partner Sara Canning pays a heartbreaking tribute to the woman she loves at a vigil in Creggan #Derry today pic.twitter.com/pUHEgdgale

They went on to ask that Lyra’s philosophy for life be used as an example to us all. “Lyra’s answer would have been simple, the only way to overcome hatred and intolerance is with love, understanding and kindness”, they said.

Lyra’s legacy will live on in those who knew and loved her, as well as those who admired her work. The accomplished journalist had written pieces for the Belfast Telegraph, The Atlantic and Buzzfeed, to name but a few. She also signed a two-book deal with publisher Faber and Faber; the second of which was due for release next year.

This afternoon, Lyra will make her final journey ahead of her funeral in Belfast. The service will take place in St Anne’s Cathedral at 1 pm, and she will later be laid to rest in Carnmoney Cemetery in Newtownabbey.

The service will be a cross-community, cross-border and multi-cultural service, led by both the Dean of St Anne’s Stephen Forde and Catholic priest Fr Martin Magill.

It’s expected President Michael D Higgins and Taoiseach Leo Varadkar will be in attendance, as well as ministers Simon Coveney and Katherine Zappone.

Many journalists (both those who knew Lyra and those who didn’t) are stepping out of work at the time of the funeral, in an act of compassion and solidarity with the young woman.

Will be at Daunts Square at 1pm tomorrow with a couple of journalist colleagues to pay tribute to Lyra McKee as her funeral
Is taking place. Please join us.

Read more: ‘A remarkable human being’: Hundreds gather at vigil for Lyra McKee