Unless you’ve been living under a rock of late, you’ll have heard of the importance of ‘clean eating’ – the practice of eating unprocessed foods as close to their natural state as possible. ?That’s all fine, we hear you say, but what if you want to eat out? Fear not, here are five top spots for health-conscious munching. 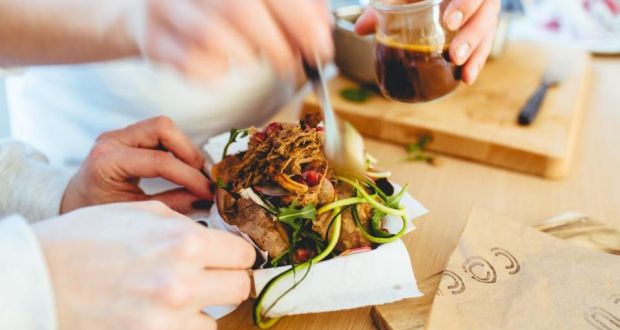 Baggot Street has become one of the city’s newest hubs for healthy eating with the arrival of Cocu and Eathos. Chef Emilia Rowan and owner John Roche are the faces behind Cocu (a play on Counter Culture). The way you eat at Cocu is by filling your (biodegradable) box with one of their delicious salads, such as charred beef flank with pickled coriander, carrot, cucumber and tahini dressing or marinated tofu with miso kale, slaw, sprouted greens and sesame seeds. Ingredient sourcing at Cocu is top-notch with meat from Higgins Butchers in Sutton; breakfast bacon and chorizo sourced straight from Fingal Ferguson at the Gubbeen Smokehouse; fish from Wrights of Marino and bread from Arun Bakery. But it’s not all holier than thou, they also serve up a great strong cup of coffee, from Roasted Brown, and delicious sweet treats from Wildflour Bakery. 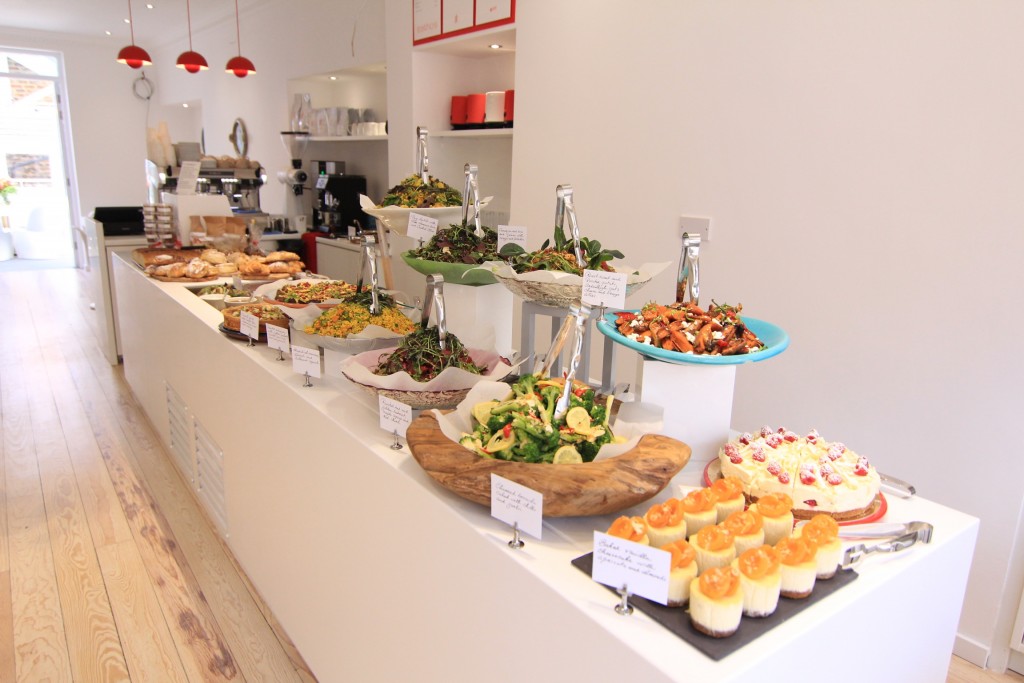 When Eathos first opened its high-gloss white doors in May the place was met with mixed reviews as diners and passersby felt it bore more than a passing resemblance to Ottolenghi’s in London. And indeed with its impressive display of oversized rosewater meringues and salad offerings including roasted aubergine with saffron yoghurt and chargrilled broccoli with chilli and garlic – the place takes quite a few pages out of his book. But that aside, the young brother and sister team behind the venture, Peter and Lisa Murrin, come from a family with over 45 years in the food business and they know their stuff. The place is light, bright and buzzy and the food tastes great. Eating at Eathos involves picking one of the very tasty protein options (maybe seared tuna, tahini chicken or feta tart) and pairing it with two or three salads from the impressive display. They have great plans afoot to open at the weekends once the alcohol licence arrives so you can retox after all that clean eating. 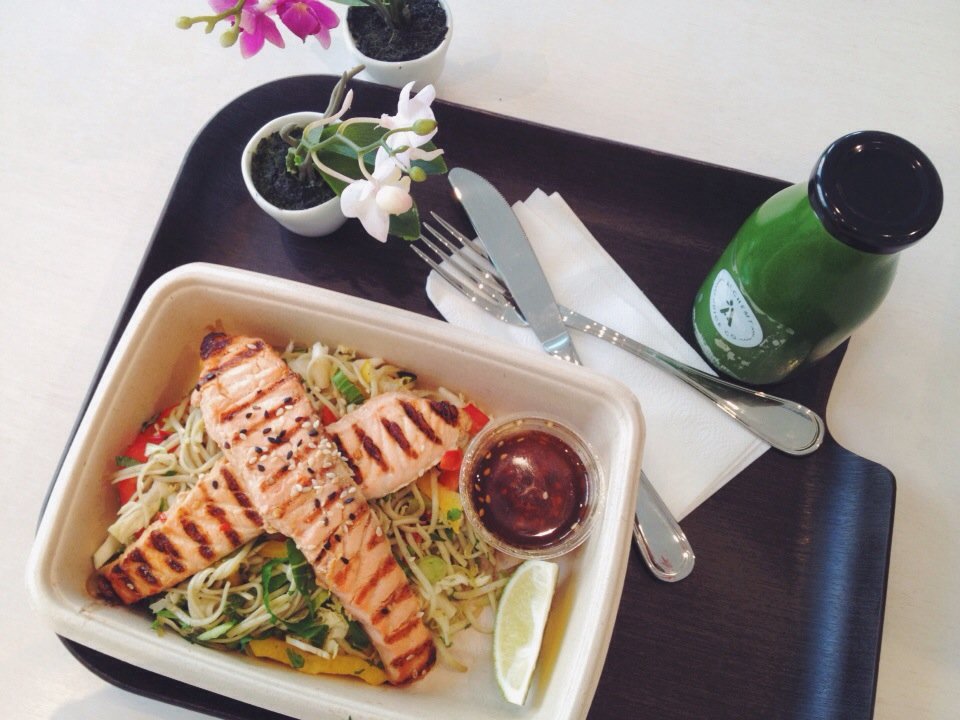 When it comes to health-enhancing cuisine – Alchemy – from sisters Domini and Peaches Kemp is a triumph. The siblings are seriously successful in the food world with a number of places to their name including the itsa caf? chain, Joe’s Caf?, Hatch & Sons, Table and more? At Alchemy they teamed up with health guru Susan Jane White to create a menu that is gluten-free, dairy-free, sugar-free and pretty much free of everything except taste. We can’t get enough of their superfood lunch boxes – the miso salmon with buckwheat noodle tastes too good to be this healthy. While NY Times Bestseller and Raw Food expert Doris Choi worked with them on the juices – so you’re in for a treat, albeit a guilt-free one. 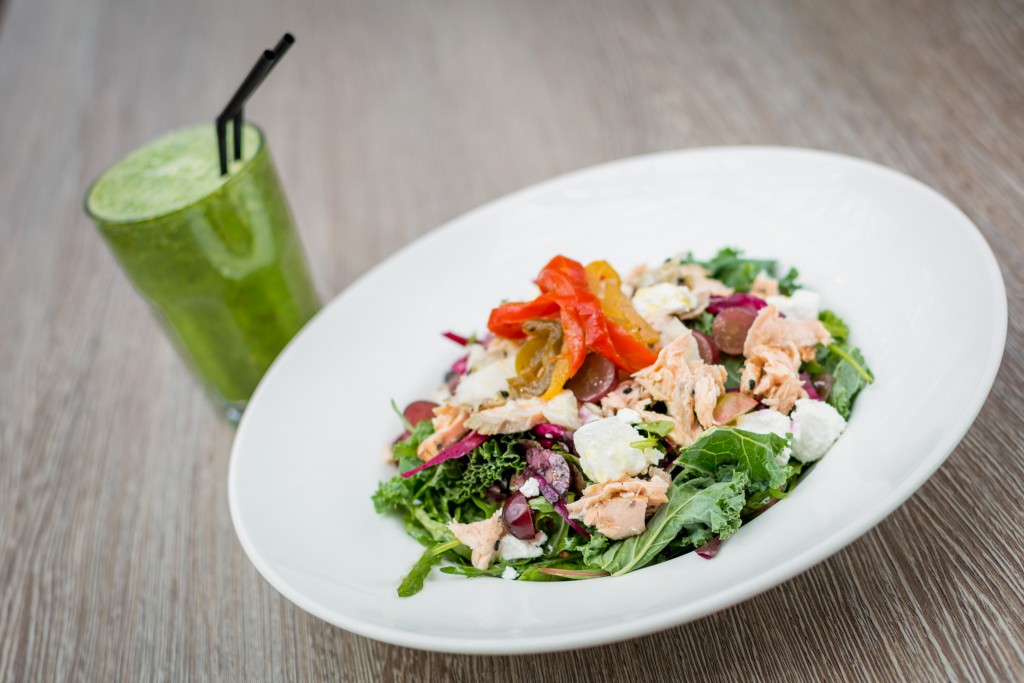 Well-known Dublin restaurateur Ronan Ryan (formerly Town Bar & Grill and Pizza e Porchetta) has teamed up with his wife Pamela Flood to launch Counter Culture on the second floor of the Powerscourt Centre.?Pamela, a former model, has always been conscious of what she eats and has been planning this venture for a while. The menu?is broken down into sections tagged ?warm up?, ?cardio?, ‘strength? etc so there’s no disguising the fact that this place is aimed at a figure and fitness conscious crowd. For a light bite you might be tempted by citrus and soy marinated wasabi tuna with pickled red cabbage or opt for something more substantial in the form of the smoked salmon and chicken bowl served with black beans, spinach, ground almonds, kale and butternut squash. Serving breakfast, lunch and dinner and brunch every Saturday and Sunday. 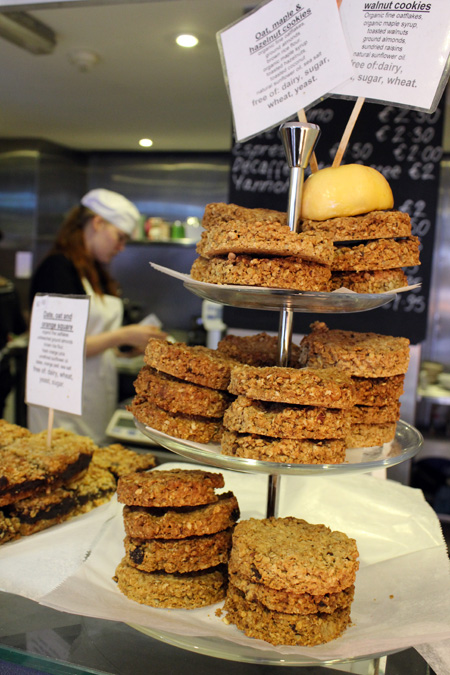 It’s great that there are so many new places with a wholesome, healthy eating vibe springing up, but it’s equally important to applaud the folk who were there blazing the trail long before it was fashionable to do so. And so hats off to the aptly named Blazing Salads. Run by the Fitzmaurice family, who were raised as vegans, these guys know a thing or two about healthy eating and have distilled two generations and four decades of the family’s food philosophy into their iconic Blazing Salads wholefood deli and series of cookbooks. Still one of the best places to pick up a wholesome lunch on the go.