Food trucks and coffee carts are having a moment – here are 16 of the...

Row to Recovery: The Galway women using the River Corrib to move beyond their cancer...

This lavish Limerick house with an indoor pool, home cinema and gym is on the market for €3.5 million

Fedmore House in Co Limerick has all of the period flourishes you’d want of a country estate, with the amenities of a sumptuous five-star hotel.

Built around 1880 on 16 acres of parkland, Fedamore House is just twenty minutes outside of Limerick City. Bought by one of the McManus brothers (owners of nearby Adare Manor) in 2004, it’s been significantly renovated since then. The addition of two two-storey wings and a basement floor, as well as numerous outdoor amenities, has extended the house’s floor plan to a whopping 2,275 square metres. 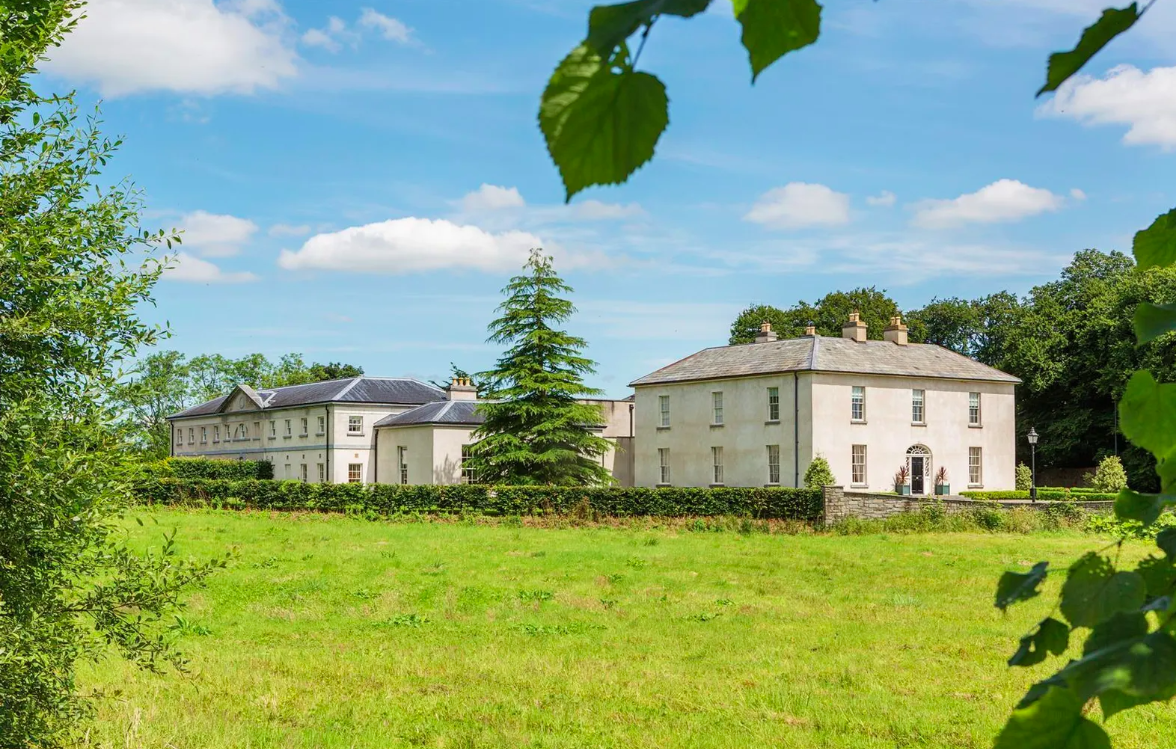 For sale for €3.5 million with Christie’s,  the gated driveway leads up to the courtyard garden that has been formed by two wings of the extension with the original house, while at the open end is located a hidden six-car garage. 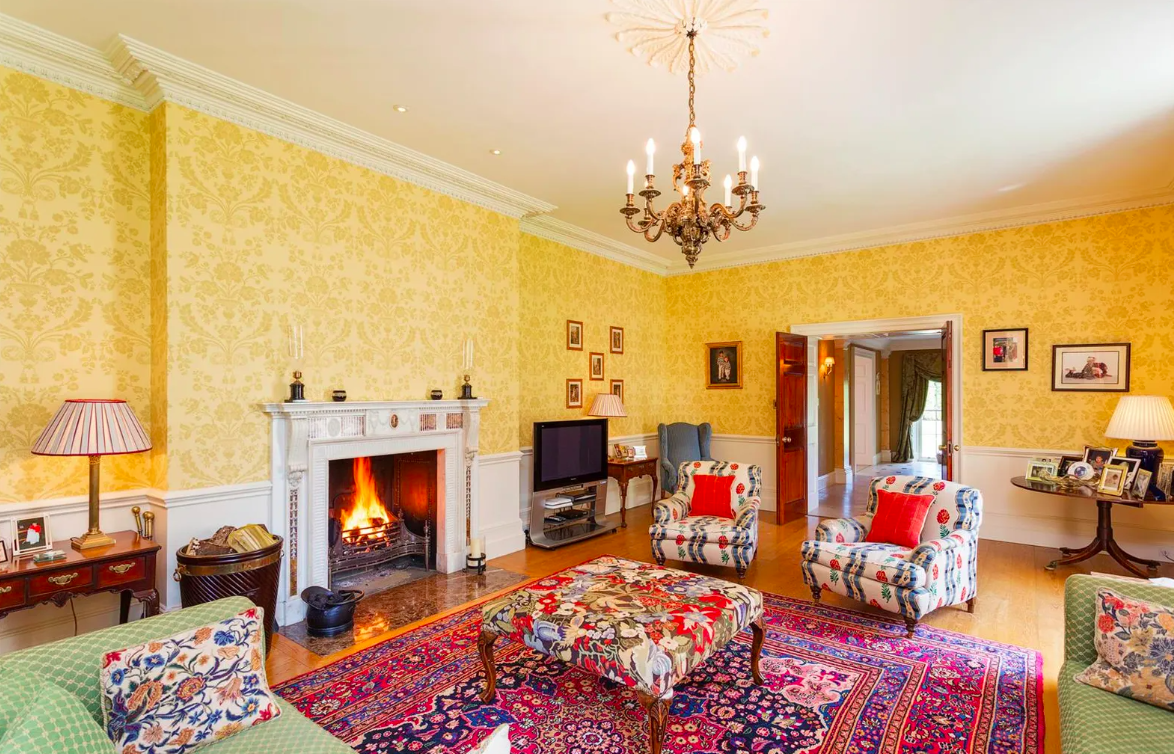 The aesthetic is in keeping with the period stylings of the original house, but it has seen extensive technological improvements, including geothermal underfloor heating, security additions and a controlled lighting system. 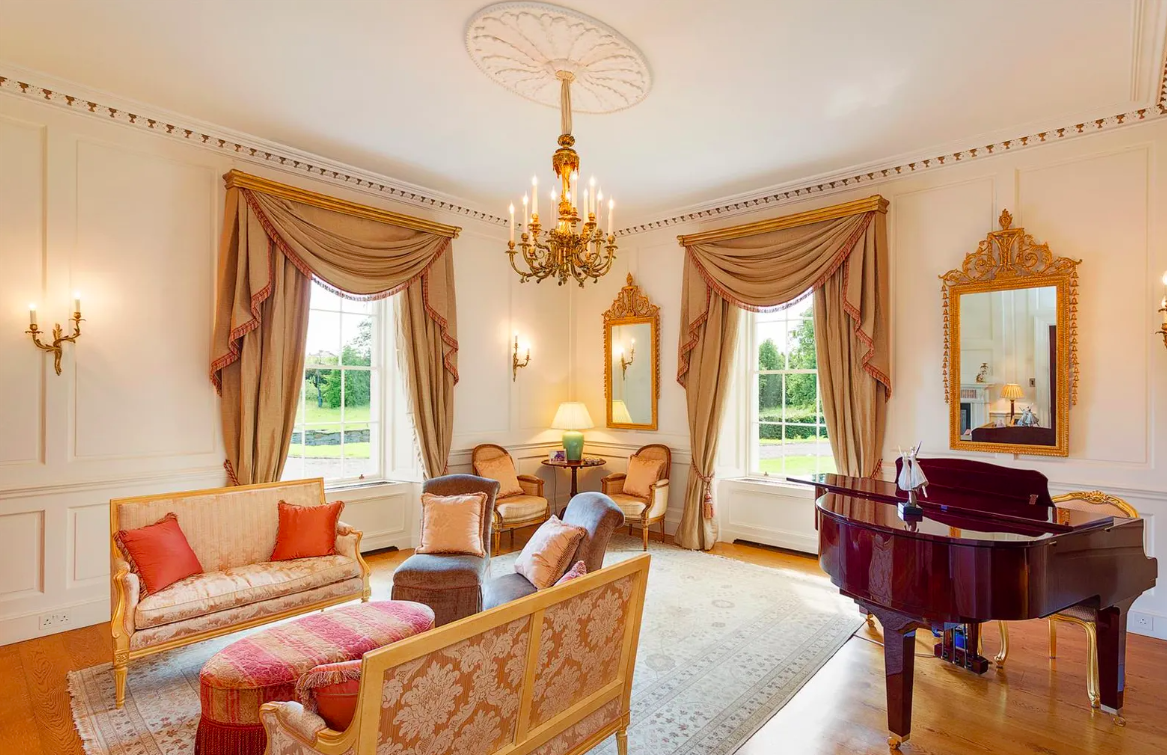 Connected to each wing via a cantilevered oval staircase, the original house now contains a drawing room, family room, dining room and library all located off the entrance level hallway. The windows, plasterwork and original fireplaces in these rooms have all been carefully restored and maintained. Upstairs has been entirely given over to two bedroom suites including the master, each with a large dressing room and marble bathroom. 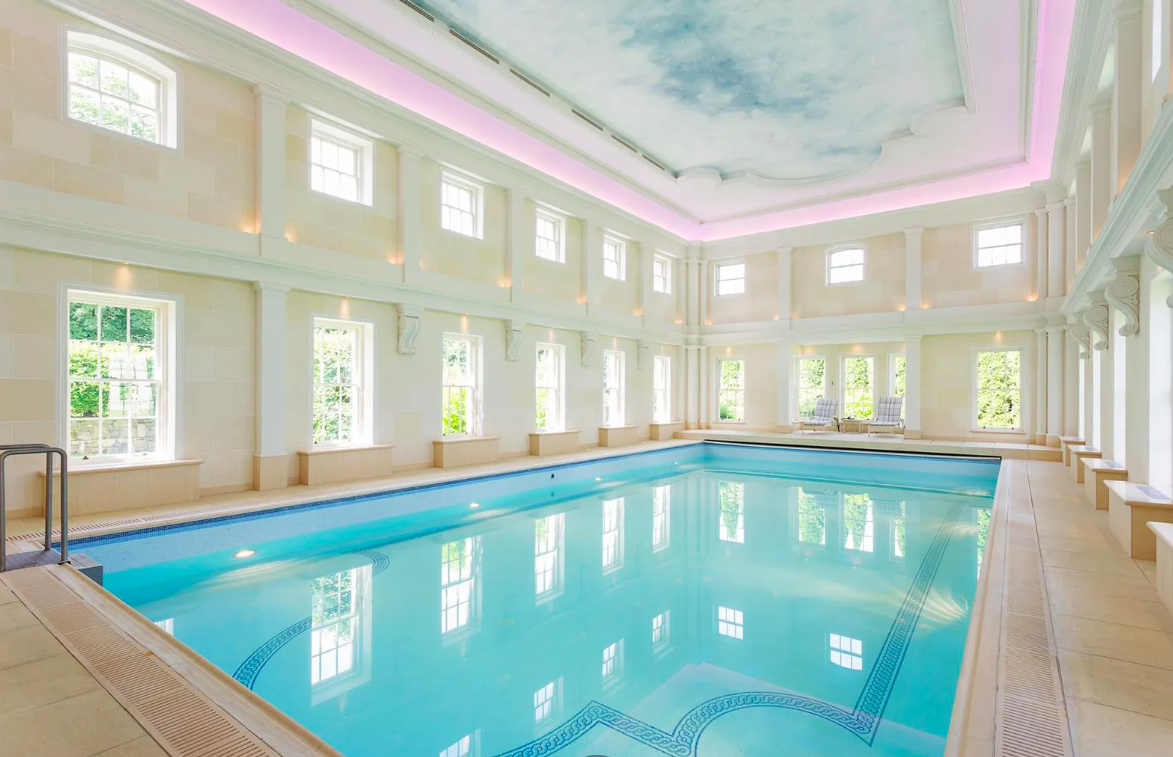 However, it’s in the new extension where things get interesting. One wing is entirely dedicated to leisure activities, including a double-height 13-metre heated swimming pool, sauna, jacuzzi, fully equipped gym, changing room and games room. 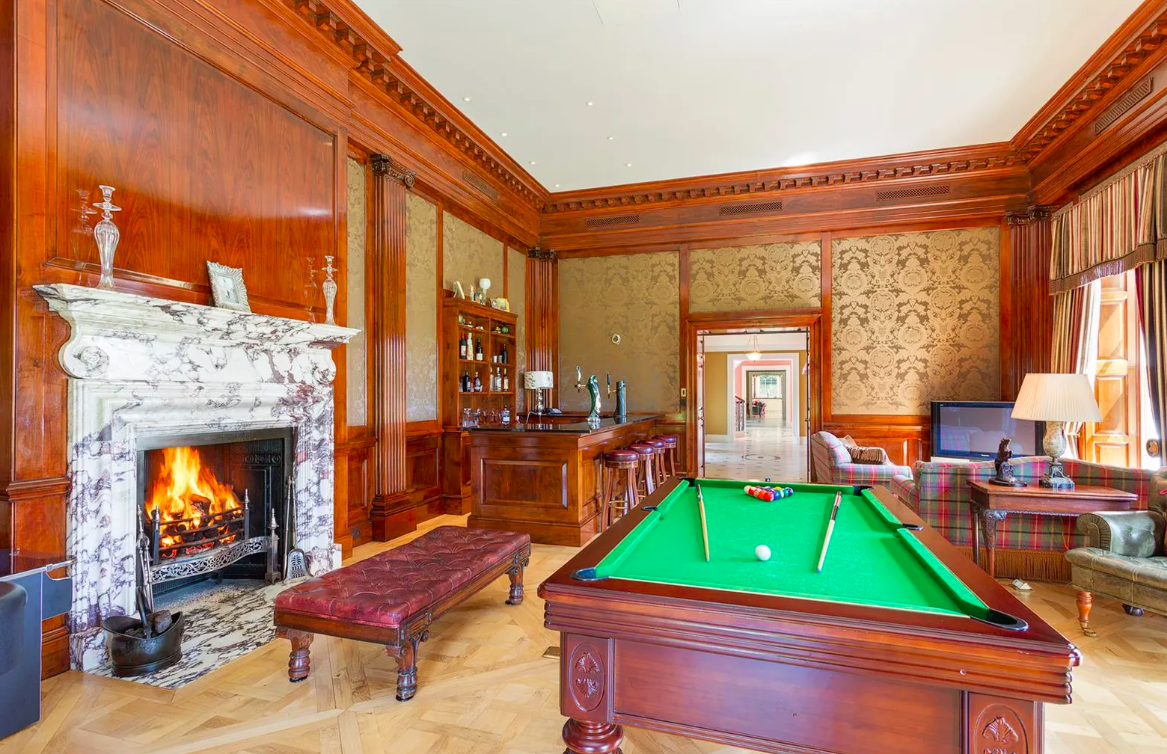 In the other is an expansive kitchen and living area, large laundry and utility and boot room as well as a lift to take you upstairs. Six more bedrooms are located on the second floor, all with their own en suites and dressing rooms. 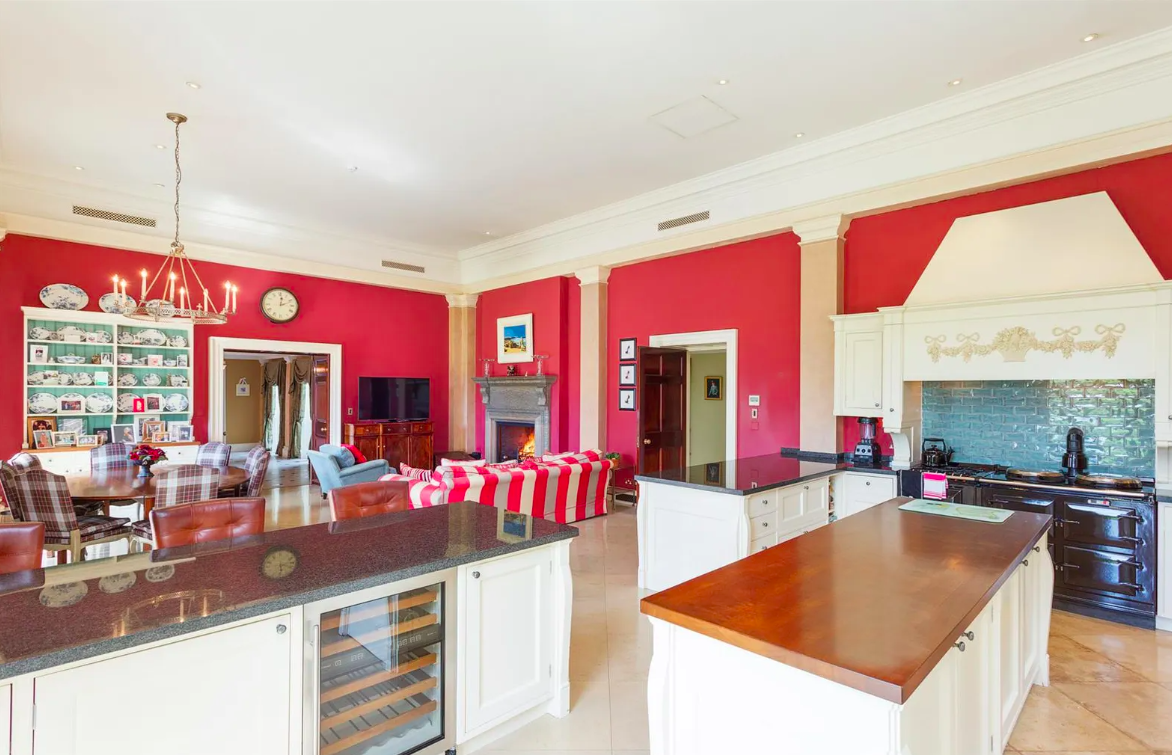 The basement and access to the garage is available via the lift or a staircase on the ground floor. Also located here are a golf clubs rooms, wine cellar, the plant rooms for the home’s electronic systems, while down the main staircase of the original house is a luxury home cinema. 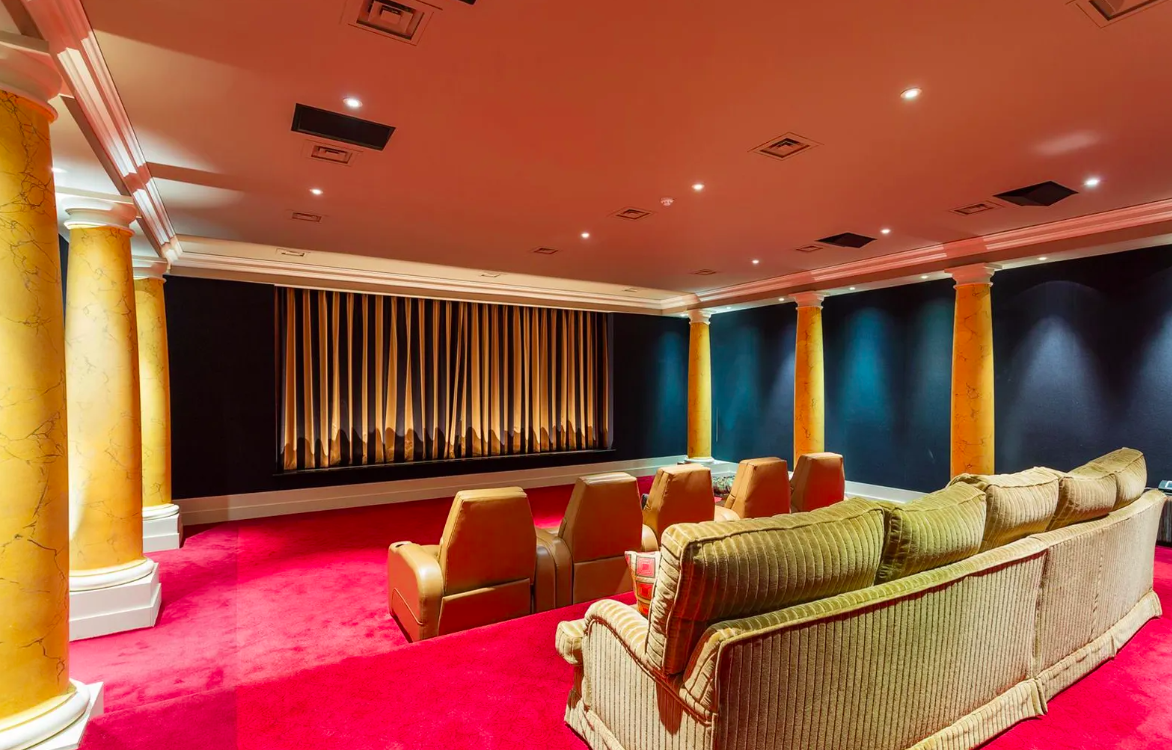 On the grounds themselves, the two gate lodges have been lovingly restored and a walled garden, lots of parkland paths, a greenhouse, a large AstroTurf pitch with its own floodlights, barbecue area located next to an entertainment building.

Is there any more you could ask for?

Read more: Khloé Kardashian is selling her $19 million home and it looks like a summer paradise

Read more: This 5-bed house in Rathmichael is on the market for €2.95 million

‘When your business is in design, good camera quality is essential’: Siobhan Lam on running interiors business April and the Bear