The faces behind the hospital overcrowding: ‘Chemotherapy is brutal but cancelling it on my four-year-old is torturous ‘

Ciara Feeney Reid’s four-year-old daughter has had her chemotherapy cancelled yet again. She explains to Amanda Cassidy the realities of dealing with an Irish healthcare system at over-capacity.

Réiltín is the Irish for ‘little star’ and her mum says not only does the four-year-old live up to her name, but she’s gone beyond it. This little girl was born with many challenges and her biggest one lies ahead.

As well as Down Syndrome, Réiltín was born with congenital bowel defect, a condition around 30% of children with Down Syndrome experience. She needed surgery at just three days old. Six weeks into her tiny life, her heart began to fail. Another surgery, this time open-heart surgery — higher risk because it was discovered she had obstructive sleep apnea.

“Our lives shattered into pieces. 2018 is very hard for me to talk about”

Her parents, who live in North Dublin, were told when she was 8 months old that Réiltín is profoundly deaf. More surgery for cochlear implants. And by two years of age, despite their harrowing journey through the Irish hospital system, the family were more than ready to move forward, convinced they had all their rainy days at once, and that they could get back to living their lives.

“And then came the phone call,” says mum, Ciara, with a weariness that comes with reliving such a difficult moment. “We’d had a blood test done on Réiltín early in January of 2018. And on the morning of the 13th of January, a Saturday morning at twenty minutes past ten, the landline rang. I can still remember it. My dad is just about the only person who rings us on it so I knew something was very wrong when I heard my husband saying no, no we can’t come, we have a birthday party.” 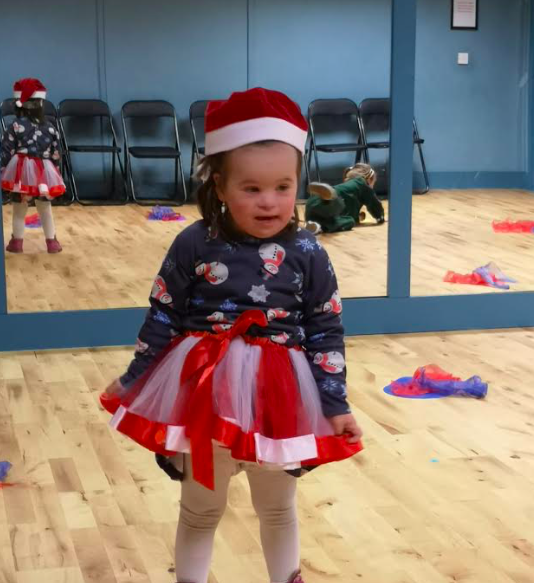 An hour later, Réiltín was diagnosed with acute lymphoblastic leukemia.

“Our lives shattered into pieces. 2018 is very hard for me to talk about. Some people would say it was a nightmare, but it wasn’t, it was our lives. She was extremely sick. Chemotherapy is brutal. The toxicity and effects on a little child’s body is devastating. In 2018, our daughter spent 200 nights in Crumlin hospital. In 2019, we were luckier, it was just 50. She is just four-and-a-half and she has spent half her life in hospital.”

“You can’t blame the flu for everything”

In fact, Réiltín has been anesthetised 32 times in her short life. This morning, she was supposed to be put under again, for her chemotherapy, injected directly into her spine — she gets this every 12 weeks. But her surgery was cancelled and her mother says it just isn’t good enough. “We are just too close to the end of treatment. And I’m so angry. Any parent whose child is going through this knows that to hand your child over and walk away from them, out of the theatre is heartbreaking.

“You know you have no option but it doesn’t make it any easier. You have to get childcare sorted for other children, countless logistical things you put into place to allow your child to get the treatment they need. And then you get a phone call to say ‘sorry, it is cancelled, we will try again next week.'”

According to figures from the INMO, the first full week of 2020 has been the worst ever for hospital overcrowding with over 3,000 waiting for a bed since Monday.

3,143 patients went without beds this week with 760 patients on both Monday and Tuesday — the highest ever numbers on a single day. The overcrowding is having a knock-on effect in all aspects of care. And the repercussions are extremely serious.

This time, the cancellation for Réiltín was as a result of another child being prioritised. “Completely understandable,” says Ciara — but that isn’t the problem. “The problem is overcapacity. This is a regular occurrence. Yes, there is flu circulating around the hospital at the moment but that doesn’t solve the shortage of beds for sick children like my daughter. You can’t blame the flu for everything. Yes, it was cancelled today because of that reason but it wasn’t in November, or September, or April.

“We are at the stage where you are nearly surprised your appointment goes ahead. I’ve lost count of cancellations. My dad said recently about another sick child we know, ‘I’ll pray for a bed for her.’ And it made me so angry, why does my father have to pray for a bed? Why can’t we make sure every child in Ireland has access to timely treatment that isn’t getting canceled all the time?”

At the same time, Ciara, who works as a vet, is pragmatic about the Irish health care system.”Simon Harris has a very tough job. I don’t know if another government will do any different. This is a chronic problem that has been going on for years. And while the new children’s hospital is needed and welcome, there isn’t going to be extra oncology beds. It isn’t going to make a huge difference when it comes to these cancellations.”

As I finish my interview with Ciara, I ask her how she is coping with working, trying to raise her daughters and deal with such a sick child, all the time battling the system. “The reality is that despite childhood cancer, life goes on. We still have to pay the mortgage, the bills, the electricity. School lunches still need to be made.”

But heaping worry upon such worry takes its toll.

“She lies waiting, as if in a prison, for a space to become available for her in an oncology ward”

I too have seen this in recent weeks. The shortage of beds for anyone, but especially children and the elderly, who are in pain, worrying, sick and afraid is not good enough. And it isn’t just the lack of space. The overcapacity means staff are rushed, communication is short on the ground, things risk being missed.

Our loved one currently lies waiting, as if in a prison, for a space to become available for her in an oncology ward. She is sick, but unsure of how sick exactly because there is no one around to explain things to her.

That worry alone is chipping away at her elderly mind as well as her body. It is almost two weeks since she ate or drank due to her illness. Her arm is stained a deep purple the whole way up, a botched line insertion, because the nurses were rushed. She says the care is commendable (mostly). She doesn’t complain. But she, like many others of her generation, has a deep-seated faith in the system.

I purse my lips and discreetly visit the nurse’s station, again and again, to ask someone, anyone, to explain to her what is going on. Why can’t they tell her where she is going, when she is going, or what she even has?

Our most vulnerable are slipping through these hospital cracks. This isn’t good enough.