If you want anything new June, make sure it’s includes at least one of these….

Chris Evans stars as Frank, a single man raising his child prodigy niece, Mary.
His plans for a normal school life for Mary are scuppered when his own mother catches on to the seven-year-old’s math skills and her wishes for her granddaughter Threaten to’separate the young girl from her loving uncle. Octavia Spencer also stars in this heart-string-pulling drama. Out June 16 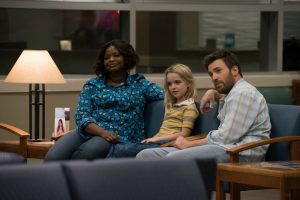 After much hype and everyone anxiously awaiting hints as to what it will entail, the revival finally airs this month, and we’re planning an old-fashioned telly party to toast the first episode. The cast list is long, but returning members Kyle MacLachlan, Sherilyn Fenn, Peggy Lipton, David Duchovny and Sheryl Lee will be joined by new ones Tim Roth, Amanda Seyfried, Michael Cera, Jennifer Jason Leigh, Laura Dern and our own Amy Shiels. We can’t wait any longer. Airs on Sky Atlantic,?May 22

This adaptation of the Daphne du Maurier classic sees Rachel Weisz star as the mysterious cousin of young Englishman Philip (played by the always adorable Sam Claflin). Believing she murdered his guardian, Philip seeks revenge on his beautiful cousin, but soon falls under her beguiling spell. Out June?9 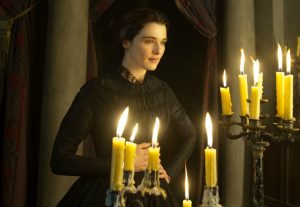